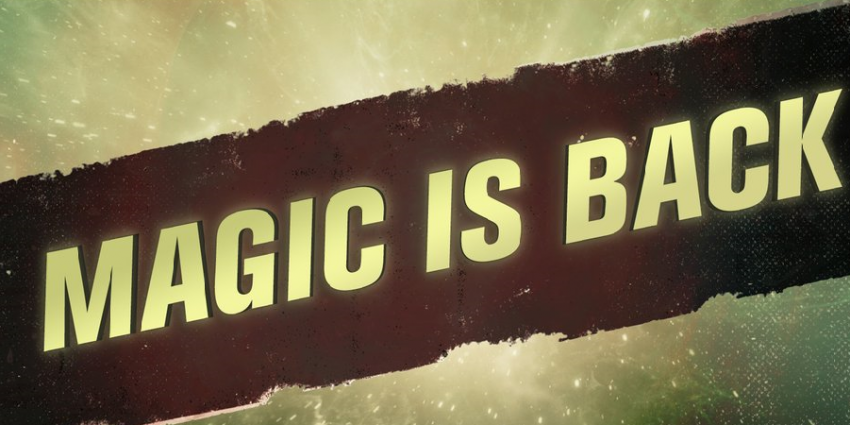 They’re back! The whole team, Flynn, Eve, Jenkins, Stone, Zeke, and Cassie. Magic is back. The ley lines are re-opened. What a fun, fast paced, two hour, two episode re-entry into the world of The Librarians.

I’m combining the reviews as one, as the showings are combined as the season premiere. Like Doctor Who, this series has ample quotable lines, thus there will be a quotes section to go along with each episode this season.

Social media plays a big part creating the energy of the viewing. The cast and crew tweeted live throughout the airing, interacting with fans and responding to the plethora of commentary. The excitement over the literary mashups, was extraordinary. I, decisively conclude, a good many brainy people watch this series. It’s a full on nerd, geek explosion of wit, insight, and love for adventurous fantasy.

The magic is indeed back.

There’s so much to love about this premiere. Onto the show.

We are thrust into their realm of discombobulation. A veritable chaos between each character, interpersonally and professionally.  The team is, ineffectively, working individually on clipping book cases. The overall theme is a healthy slap in the face. It’s necessary for the characters, as much as the viewer. Team work is the real key, not magic. The journey to fulfill the theme, is a fantastical ride. I’ll get to that shortly.
Team work is something new to Flynn. On his own for more than a decade, he likes to fly by the seat of his pants, without a plan. The Guardian, Eve, needs a plan. She’s tactical. The librarian trio, Cassie, Ezekiel, and Stone, are scattered into the wind, without direction and cohesion. This is a new ball game. A solo librarian no longer is enough. The attempt to work as solo librarians is a futile effort. This is a smart way of reintegrating the original Librarian, Flynn, into the series. Noah Wyle, who plays Flynn, was occupied by the long running show, Falling Skies until its recent end. The writers needed to come up with a plausible way to bring him back since his character, had for the most part, handed off the library duties to the new team.

Even the normally together Jenkins, is a disaster. The Library is losing artifacts, shifting rooms, losing rooms, and he’s not telling anyone what’s happening. He’s feeling insecure about his duties, since Judson always seemed to keep everything perfect. In other words, the Library is broken.  Disquiet and disorder, requiring characters to find a new normal, is a great way to accomplish that goal.

Throw in a villain or four, a busted Library, and we have ourselves a story to build upon.

From this upheaval, the storyline rapidly unfolds with the clipping books sending each librarian to the same destination.  The Library knows everyone and everything is a mess. 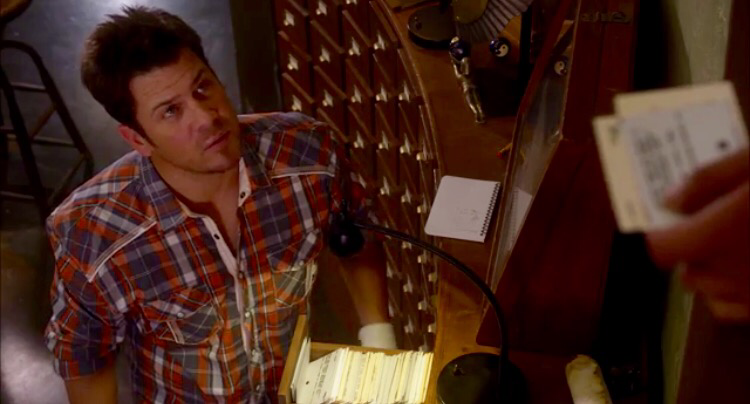 The use of Fictionals is brilliant. Characters come to life, seemingly human. Generally, they are constrained by the bounds of their fictionally written stories. The magic returning provides the vehicle for Prospero, the wizard from Shakespeare’s play, The Tempest, to gain strength and power. He has roamed the Earth since magic was waning. For 500 years waiting as a mere human, to hatch his plan.  He, the main antagonist, needs assistance in this venture. His power restored, he summons forth the ever clever and charming Sherlock Holmes villain, Professor Moriarty. Prospero needs him to fulfil his plans.  Flynn’s fangirling when he thinks Moriarty is Holmes, is simply precious. The sprite, Ariel, is used by Prospero to find any location he needs to get to.

Later, as defense forces, Prospero summons, as he puts it, the brawn to keep the team busy. The axe wielding Queen of Hearts from Alice in Wonderland and Frankenstein’s Monster from Frankenstein.  Team Fictional is complete, with a wizard from a play, and characters from three iconic books.

Admittedly, the Queen of Hearts is a bit of a throw away character. She fills the need of distraction, but not much more. I’m thankful no wardrobe malfunction occurred. It’s terribly sweet, finding out that Alice in Wonderland is one of Stone’s favorite books.

Another winning scene, is the preteen girl who has the book they need to unlock the library and turn off the alarm. She hustles the trio out of $75 before handing it over. Zeke, of course, adores the kid.
When it comes to character depth, we find out that Jenkins is likely ancient. Moriarty surmises he is or rather was, a Knight of the Round Table. Jenkins seems to agree with that truth.  A point to tuck away for later. Eve and Flynn are also having to adjust and grow. They’re both stuck in their ways of doing things. Neither wants to change, yet they are working on it. Showing their back and forth, creates a feeling of reality in this fantasy world. 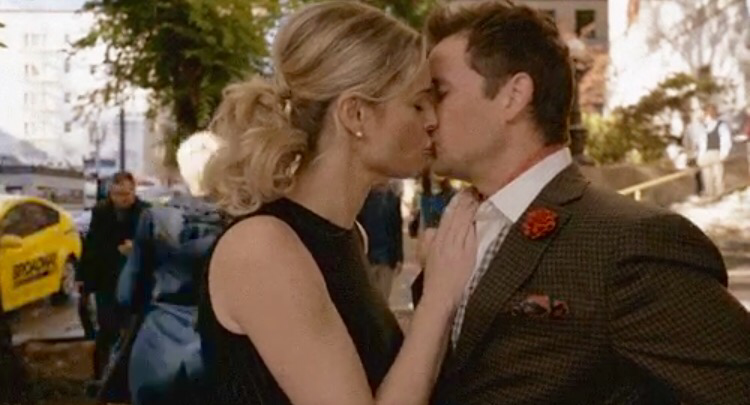 Last but not least, the quotable quotes:

“So Tuesday then?” Eve “Your average Tuesday.” Flynn

“We made a plan and executed it together, instead of just charging into the fog.” Eve “But the fog is the best part.” Flynn

“Hug it out for humanity.” Flynn

“What remedy can there be for one so foul as me?” Frankenstein’s Monster “Modern medicine can fix your visage.” Flynn

“Well, then you’re going to admire my gumption and spunk.” Eve to Moriarty

“What hast thou done? What kind of librarian art thou?” Prospero

“Defeated a fictional with fiction.” Flynn

I found this season premiere to be highly enjoyable. With the continuing story arc of The Fictionals in place, more delicious havoc and adventure are on the way.  Though Flynn needed his space and went out on his own for a while, the team is back together working on the problems they need to solve.

All photos the property of TNT.