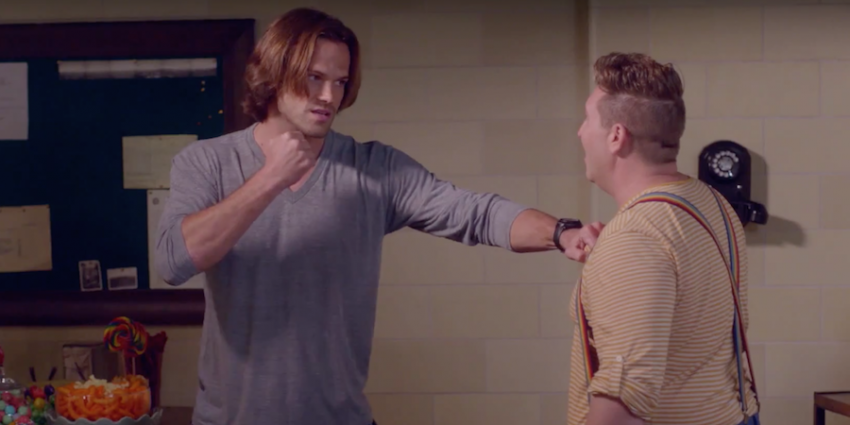 Supernatural 1108 Review: An Imaginary Friend Visits in “Just My Imagination”

Yes, I know. I’m really late with this review. It’s the final week of class and homework has been killing me. In fact, I’m pretty sure I died and am a ghost now. Seriously though, I personally thought this week’s Supernatural was a fairly hilarious while also a bittersweet episode. Jared Padalecki was great (per usual) when Sully, his imaginary friend, returned from his childhood. You could see Sam’s mixed feelings about him and the memories it brought up throughout the episode. Dean was typical Dean. Although I thought he was a little mean with some of the deaths, that’s just Dean. And Sam has come to a conclusion about his visions leading up to the mid-season finale next week.

“Just My Imagination” actually started out pretty hilarious while it dealt with the idea of imaginary friends. In Supernatural’s world, however, they aren’t just imaginary friends, but Zanna, a type of supernatural creature. These creatures are from Romanian folklore and act as guardian angels of sorts for children. They are meant to protect the kids they spend time with and are able to reveal themselves only to the people they want to see them. When these imaginary friends start dying, however, Sully seeks out Sam for his help. I really enjoyed Nate Torrence in this role. While you expect Sully to be goofy most of the time, there were moments of sorrow and regret that actually made the character kind of heart-breaking. 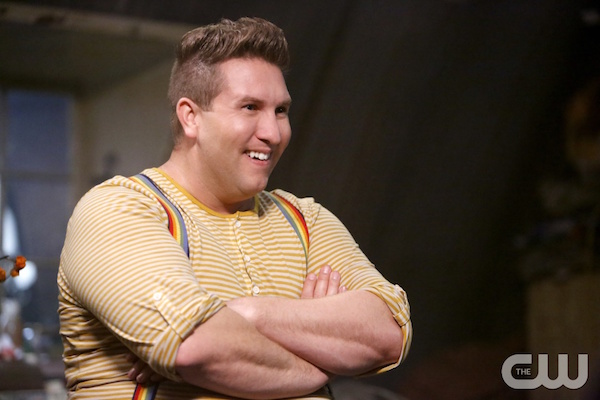 While we’ve seen flashbacks of Sam and Dean as children throughout the years, this episode revealed a little bit more about Sam before he started joining his dad and brother on hunts. Back then, he was a lonely kid and this is where he first got the notion to leave the hunting world behind, go to school, and live a normal life. This is where Sully lent his support as no one else had. Dean was busy with his dad, his dad was busy hunting and Sam was left all alone with just his imagination to keep him from getting too lonely. Just as he reached the breaking point and decided to runaway, however, his dad decided to let him join the hunt. Obviously, even if Sam had runaway, Dean and his dad would have tracked him down and brought him back. There is no way they’d let him just run off and not find him in the end. It was still sad to see Sully’s disappointment when he thought Sam was going into a life he didn’t want. That’s when Sam came to one revelation that hadn’t occurred to him before this episode: He doesn’t want to runaway anymore.

The other revelation, however, was a bit more negative as it means Sam will be heading back to Lucifer’s cage, but at least he knows his place and isn’t going to be daydreaming about running away and leaving everyone behind for a normal life. I don’t think either of these two brothers could ever last in a normal life anyway. They’ve seen too much. They’ve done too much and quite frankly, normal is boring. I could see these two being like Bobby when they’re older, but never really settled down and never normal. Idjits. Plus, they’ve tried it before and it hasn’t worked out anyway. 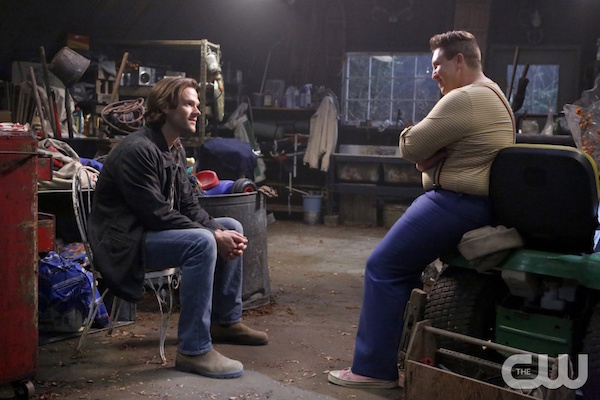 The negatives about “Just My Imagination” were minor. First, was Dean’s attitude. Yes, it’s Dean and he was struggling with the concept of imaginary friends, which was actually pretty hilarious. At the same time, he was kind of a jerk. It was interesting when he came to respect Sully simply due to Sully’s devotion and concern for Sam. Clearly, the best way to Dean’s heart isn’t just through his stomach and pie, but also through his family, specifically his brother. That being said, while the idea of imaginary friends was laughable, after seeing two Zanna brutally murdered, he was still a bit callous about it in regard to Sully. It almost came across as though he still didn’t believe in imaginary friends even though he’d already seen two dead and was talking to a third. That’s Dean, I know, I just would’ve liked to see him slightly nicer, I guess. This was a minor issue though and, as I said, kind of expected from Dean.

The biggest issue I had was with the girl murdering the Zanna. After this girl’s twin sister died when she got hit by a car while playing in the street with Sully, Sully disappeared and abandoned her. Years later, her troubled and psychotic mind led her to the legend of Zana and a determination to kill them until Sully appeared to her. Then when she is finally caught and Sully reveals the truth to everyone, she breaks down and heads off back into the world. I know these are creatures of folklore and there isn’t really anything they can do about the ones she killed, but they are good creatures and she did still murder two of them and attempted to murder a third. It just seems like there should be more consequences for murdering innocent Zanna. Not to mention the trauma and therapy she’s putting more kids through by killing their imaginary friends. If she had trouble with the years of therapy, how does she think the little girl who came home to a brutally murdered Sparkle is going to feel? Then there is also the fact that she was trying to draw Sully out, yet she wasn’t leaving any clues or hints as to who was doing the killing. How was Sully supposed to know to find her? These factors just didn’t work for me. Plus, she took Dean out way, way too easily. 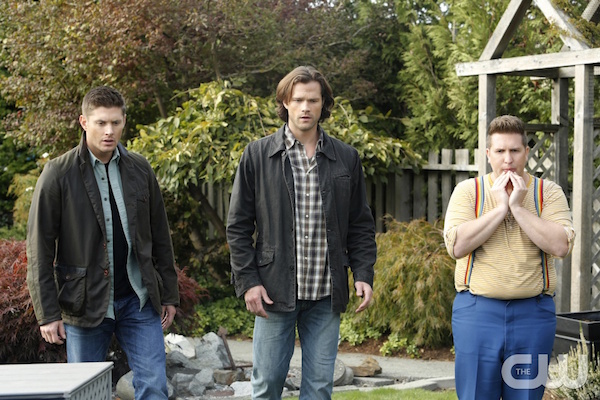 Aside from those minor issues with this episode, however, “Just My Imagination” was another great episode to add to the season. I’m still laughing about Dean’s initial reaction to Sully and the scene with the mother wiping Sparkle’s blood all over her face. I give kudos to the actress for playing it straight through that. Heading into next week’s mid-season finale, Sam has determined to seek out Lucifer in his cage for answers in fighting Amara while Dean attempts to understand his connection to her. I wonder if he’s told anyone about that…if he even can. I guess we’ll just have to watch next week to find out!

Supernatural airs Wednesdays at 9/8c on The CW after all-new episodes of Arrow.