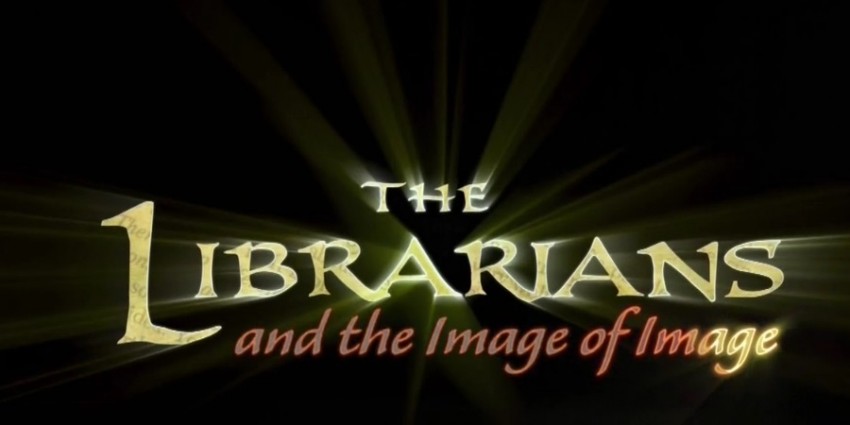 The Librarians Ep 2.07 – And the Image of Image Review

“Image is everything.” Zeke

“When did everyone get obsessed with selfies?” Eve

“A million narcissi gazing lovingly into our own eyes on websites and phone screens.” Dorian

This series is consistently wildly entertaining and smartly written. And the Image of Image episode is no different. It is in contention to be my favorite of this season.It starts out with intrigue. People are getting ill or are experiencing events they did not participate in. A young woman is appearing to be hit by a car and then flying through the air, but a car did not touch her. A young man has symptoms of a serious drug overdose, but has never taken drugs. There must be magic being used. The team quickly and efficiently narrows down the commonality of several unusual cases. It’s the one location each victim has gone to, Club Effigy.

This is where is gets interesting.

Image in various meanings and forms is the theme that weaves through the hour. It’s used thoroughly to expose ego, labels, and even identity. I adore the writing. I find it clever and layered in a way this sort of fantasy, adventure show could easily omit. It’s the reason the fan base is a level of brainy some shows do not attract. 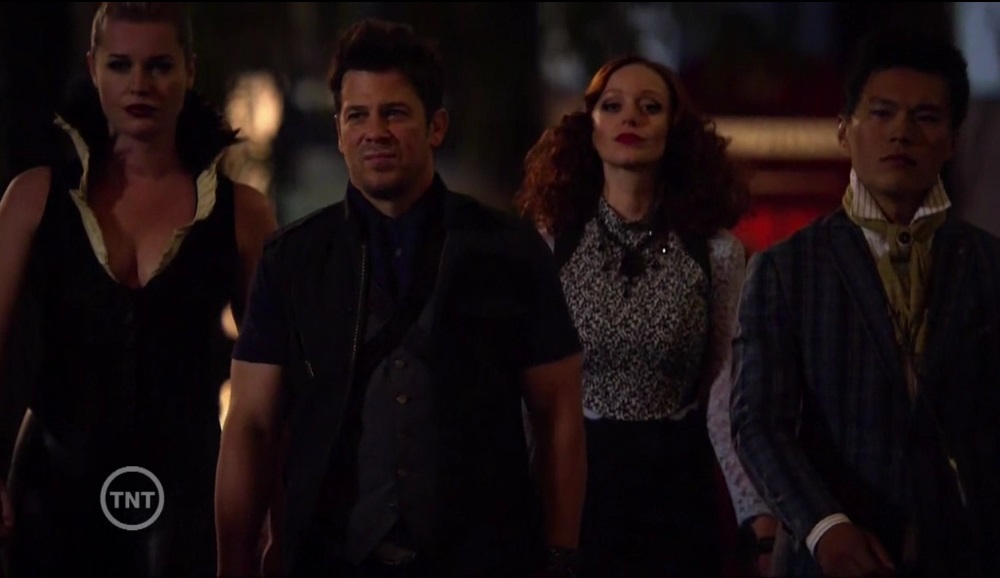 There are a multitude of examples showing the complexity the idea of image brings to the forefront. It’s found in each character throughout. My most appreciated, are listed below. Getting to know these characters in such a way, creates deeper connection for the audience, all the while an episodic storyline is presented. Have I said how much I enjoy this show?

Eve Baird is a beautiful, strong, and capable woman. She sees herself as that of being a Colonel, a Guardian, yet she is always known for her stunning outer package. She sees herself as tough, proudly a protector, but how others view her, lingers within, causing aggravation. She says to Cassandra, “People see the outside of you, they think they know you, and you never escape that image.” She loathes pictures being taken of her because of it. Yet her dedication to the team and her unintended personal growth, show her taking a selfie as part of the plan save the day and rid the world of Dorian Gray and that destructive magic being used. Eve can be beautiful, in charge, and powerful.

Poor Stone. He may be the smartest and most well read, but the man is not the epitome of cool. He is frustrated over and over by not being able to gain entrance to the club. He, at one point, has a poet-off with the door man about whether America or England has the better 20th century poets. That’s some impressive academic knowledge, but definitely is not what the cool people are doing. In a sad, albeit funny moment after he sneaks in to help Eve get Dorian, the door man grabs him and drags him back out. He is crushed by not being allowed to stay in. The message to him, stay smart, stay cowboy, but you and dance clubs don’t mix. His ego is bruised when his self-image does not match up to the door man’s expectations.

Dorian Gray, well of course, his immortality came from having all his sin, all his bad behavior would go into a painting, so he can stay young and beautiful. His vanity purchased it. All his actions are placed onto others in his new mosaic digital image made by collecting photos from his club to feed his immortality. A nicely updated twist, bringing into this century. Even with this immortality, he loses. He is cruel and feels nothing. He would rather live forever, as a cold, pretty shell of a human, than to age and die. His vanity, in the end, purchased his own death. 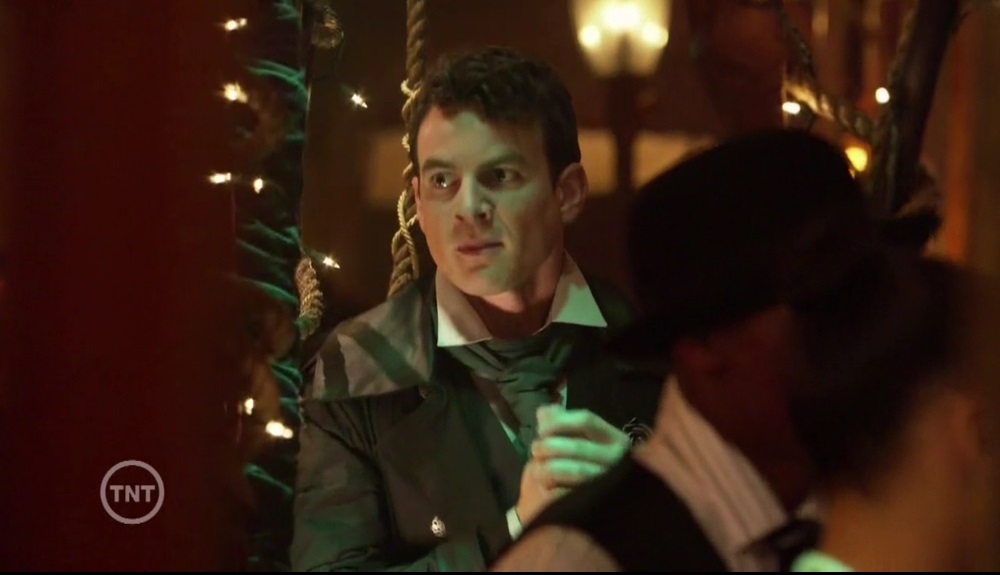 Cassandra the good girl, the never been drunk, the never been to a club is chosen by the door man to quickly be allowed in to the club. She is giddy about being chosen. She sees herself as having missed out on many usual activities growing up. She sees herself as different, as evidenced by the items in her purse, including a spectrometer and a little book of exorcisms. Having a sense of belonging and fitting in is what she craves. She’s also chosen as one of the victims by Dorian. The behavior she exemplifies is that of being more and more drunk whilst only drinking club soda. She’s terrifically funny and endearing the more inebriated she becomes. Her smarts never fail her, though she is challenged by a purple rhino a couple of times. She is allowed to let her hair down and say whatever pops into her head. She has found her true club in the team. That is where she belongs.

Jenkins, sharing more of his activities through time, shocks and surprises the team. They see him as old, uncool, and a caretaker. It’s a revelation for them when he talks about playing naked at CBGB’s with a band or going to The Cotton Club. He even sneaks into Club Effigy by pretending to be with the band. He keeps revealing little by little, what an amazing immortal life can be. He is cooler than cool.

Lastly, Zeke, though always with a healthy amount of self-worth and arrogance, shows utter self-awareness to give insight as to why the three Librarians were chosen for the job. Librarians always die. They are expendable.  Cassandra because of her brain tumor, Stone for his lack of personal connections and family life, and him, for his anonymity without ties to anything. He’s thoughtful and profound, even though he continues to believe he’s, “Ezekiel Jones, Professor of Awesome.”

Is image everything? Perhaps in how we see ourselves, instead of how others see us. Jenkins says it best, “At the end of the day there’s a big difference between image and identity.” 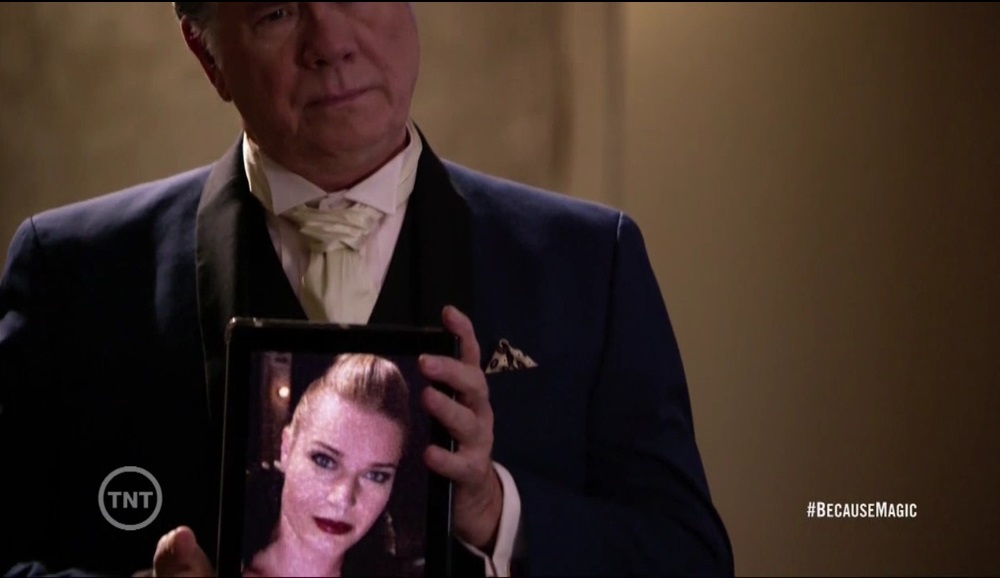 All the quotable quotes for your enjoyment:

“Now that I’ve met the building face to face, not that weird.” Eve

“Ezekiel be a comb.” Eve

“Wow when did I turn in to Grandma?” Eve

“I performed naked on stage with the Magic Tramps at CBGB’s.” Jenkins

“That’s just going to live in my head now.” Eve

“The key to a healthy clubbing experience is to embrace the environment.” Jenkins

“Image is everything.” Zeke

“Those up there, they’re the chosen ones.” Door Man

“People see the outside of you, they think they know you, and you never escape that image. “ Eve

“But I’ve got Jenkins’s credit card. He won’t mind.” Zeke

“I only had the fizzy water. (giggles)” Cassandra

“Evie do it. Do your karaoke of Jamie’s Got A Gun.” Drunk Cassandra

“This is your sugar daddy isn’t it?” Club Photographer

“I am no one’s daddy, sugar or otherwise.” Jenkins

“My marshmallow is growing and my bowling ball is shrinking.” Drunk Cassandra

“Resentment in a night club. That narrows it down.” Eve

“These people ae playing for sins they didn’t do.” Stone

“While you nail down a century Cassandra and I will… OK when did we lose Cassandra?” Eve

“Fabulous isn’t it? All that youth and beauty in one place.” Dorian

“I know you. You’re the sexy, charming guy who tried to tempt me to drink earlier.” Drunk Cassandra

“The only way to get rid of temptation is to yield to it.” Dorian

“You already blew him off Miss Cranky Pants.” Drunk Cassandra

“Oh that was almost a tragedy.” Drunk Cassandra

“That wheedling tone of morality indicates one of you is a Librarian.” Dorian

Are they finally making more than one at a time? That’s adorable.” Dorian

“You are the faceless ones. The nameless ones. Just Guardian.” Dorian

“A portrait of Colonel Eve Baird, made up of you.” Jenkins

“Why does the hangover last longer than the party?” Cassandra 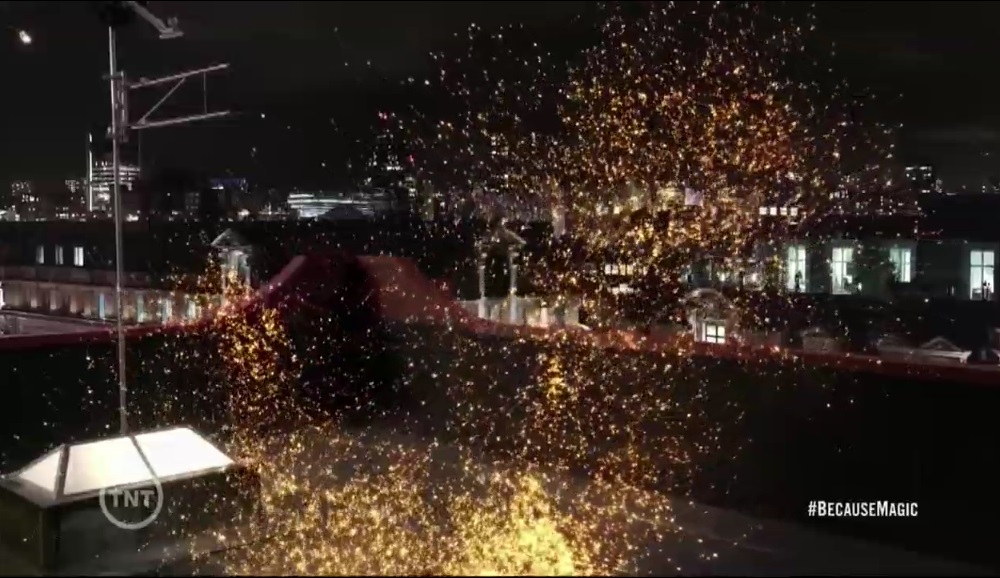