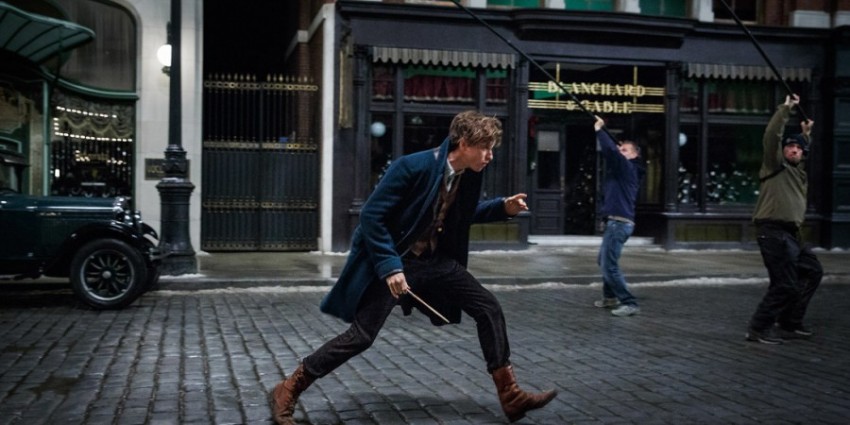 Fantastic Beasts follows Newt Scamander’s adventures in New York in 1926, seventy years before Harry Potter heads to his first class, and stars Eddie Redmayne as Newt Scamander with Katherine Waterston as Tina, Alison Sudol as Queenie and Dan Fogler as Jacob – the No-Maj. Written by J.K. Rowling, Fantastic Beasts will be her screenwriting debut and the first chapter in a new trilogy of films set in the Wizarding World.

In this latest behind-the-scenes video featuring Director David Yates, Eddie Redmayne and other cast members, we get to see even more details about the upcoming film and what to expect this November, so sit back, relax, and try not to squee too loudly while you watch it.

Academy Award winner Eddie Redmayne (The Theory of Everything) stars in the central role of wizarding world magizoologist Newt Scamander, under the direction of David Yates, who helmed the last four Harry Potter blockbusters.

Fantastic Beasts and Where to Find Them opens in 1926 as Newt Scamander has just completed a global excursion to find and document an extraordinary array of magical creatures. Arriving in New York for a brief stopover, he might have come and gone without incident…were it not for a No-Maj (American for Muggle) named Jacob, a misplaced magical case, and the escape of some of Newt’s fantastic beasts, which could spell trouble for both the wizarding and No-Maj worlds. ~ WarnerBros.com

Fantastic Beasts and Where to Find Them will be in theaters November 2016!