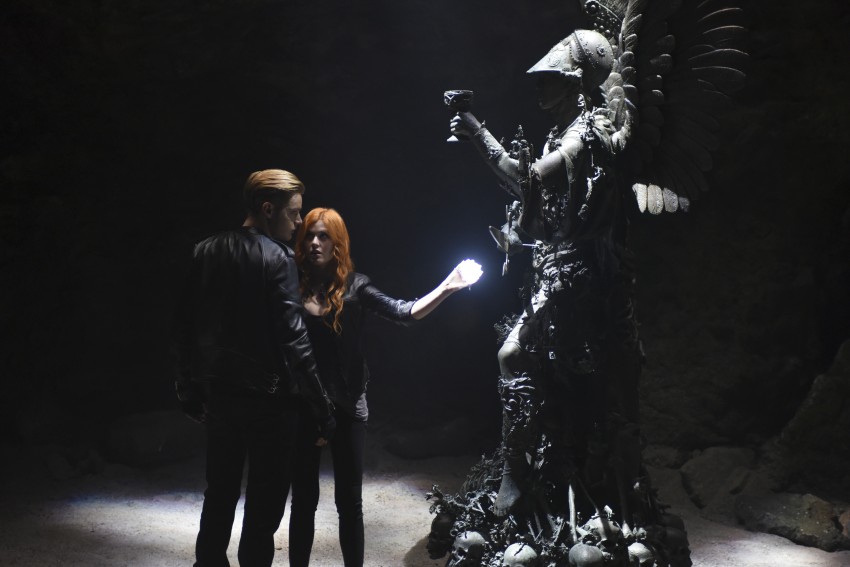 Shadowhunters 1×02 Review – That First Step Is a Doozy

Here we are after the second episode of the Shadowhunters series, and I have to say – I’m still really liking it.

We got to see a lot more of Izzy and Alec this week, which I appreciated. Both Emeraude Toubia (Isabelle) and Matthew Daddario (Alec) have also impressed me with their spot-on characterizations. Looking at them isn’t enough, but they DO look like the characters. See? 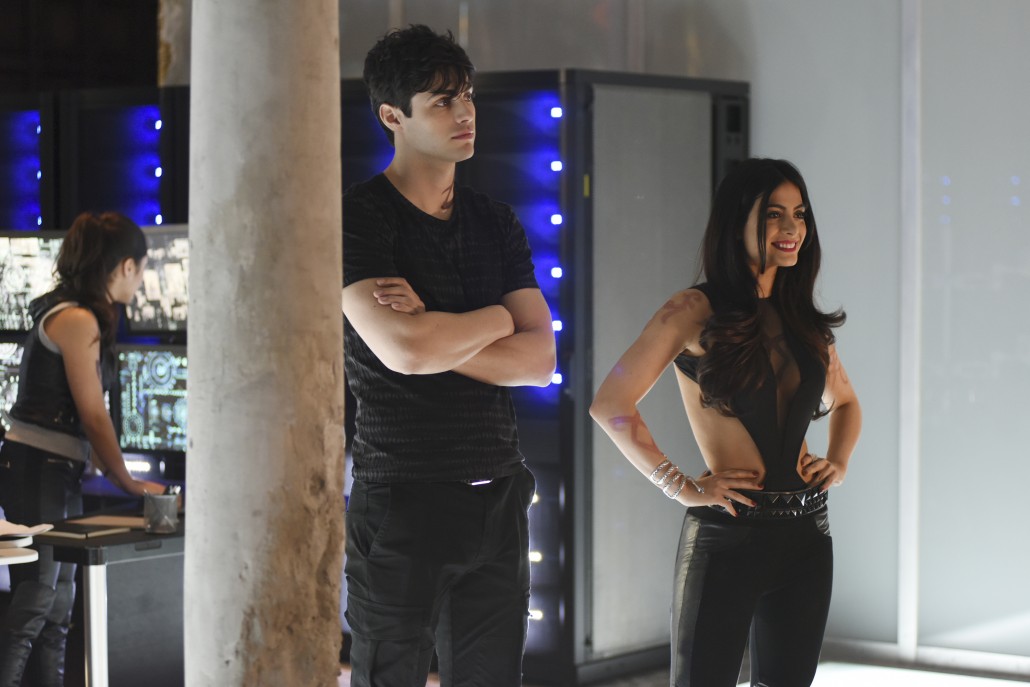 Matthew even has the Alec-brooding/general bad attitude thing down. And Emeraude clearly understands Izzy’s flirtatious nature – as well as when it’s time to get serious. Loving them both!

Hodge was another new character we hadn’t seen before. He’s very different as compared to the books, but I’m okay with that – this version of the character is super-intense and shouldn’t be talking about his previous experiences at all, as it causes him a lot of pain (and might get him in trouble?). But he does it anyway… maybe because Clary looks so much like Jocelyn. Perhaps Hodge still carries a torch for Jocelyn… hmmm.

Hodge’s info leads them to try to find Dot, Jocelyn’s friend/assistant who happens to be a warlock. Dot’s gone to see Magnus at his club, but Magnus is clearing all the warlocks out of NYC, and Dot refuses to leave. Clary discovers that the necklace her mother gave her lets her see certain things – and she can see where Dot is. Cool trick – but by the time the group arrives at Pandemonium, Valentine’s goons have already picked up Dot. On to Plan B by Jace – which no one but Clary thinks is a good idea. 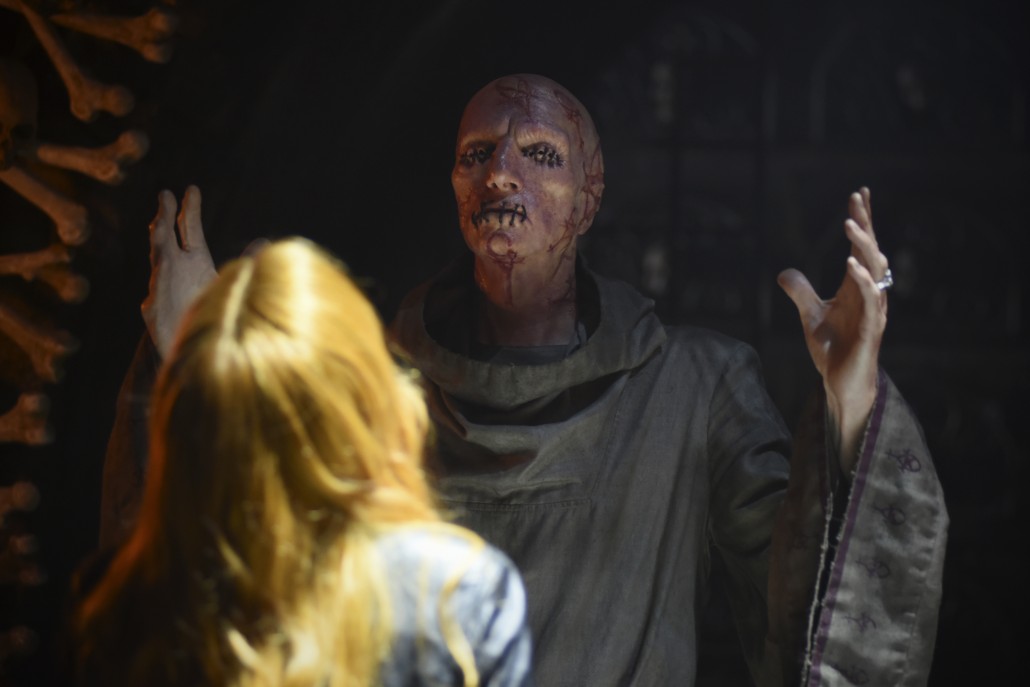 Could the Silent Brothers possibly be any more creepy?? Ugggghh. But Clary passes their test, and they recover a small bit of her memories… and that small but is something horribly shocking. Clary is Valentine’s daughter! It seems Jocelyn has many more secrets than they thought!! Clary is completely freaked out by this, of course, but things only get worse when she and Jace come out of the City of Bones…

Simon’s been kidnapped… by vampires. Vampires who want the Mortal Cup, too… because who doesn’t want that thing right now?! And the vampires take Simon off to their lair… of course.

Meanwhile, Dot recovers enough to break out of her cell and try to talk to Jocelyn, who’s still out due to the potion Magnus gave her. Sadly, one of the goons fights her, and while she manages to knock him out, it’s not enough because Valentine comes along to finish off both his henchman and Dot. Really starting to think that being related to or a friend of Clary Fray is just asking for some sort of deadly trouble!!

See you all again next week for more!