The episode opens with Amberle (Poppy Drayton) training with her Uncle Anders (Aaron Jakubenko) through the woods at night.  She’s training to be selected as one of the Chosen.  In order to be selected, she must run the Gauntlet and be one of the first seven to finish.   The Gauntlet involves a dangerous half-mile run through the forest, dodging trees and other competitors, while blindfolded and with her arms restrained.  It’s far from easy to accomplish, and Amberle has the added stigma of being the first woman elf to attempt it. Tradition, up until now has held that the Chosen are male, however there’s no law forbidding her to try.  She succeeds, being the seventh person to finish.

At the consecration of the Chosen, we also meet her other uncle, Arion (Daniel McPherson) and her grandfather, King Eventine (John Rhys-Davies)  and it’s here that we learn about the purpose behind the Ellcrys.   That there was a war against an army of demons and that when the Elves were almost at the brink of annihilation, they turned to magic and the demons were imprisoned in a place called The Forbidding and the Ellcrys is the sentry.   As long as the tree is alive, the demons are imprisoned.   King Eventine cautions the new Chosen that even if they discount the tale as nothing but folklore, it doesn’t change their responsibility to protect the tree.

Something goes wrong when Amberle touches the Ellcrys, she sees a horrible vision of death and destruction.  She screams and then suddenly we’re transported to another place altogether where a man on a frozen slab jolts awake.   From the tattooes and the ritual he performs, it’s clear that this is Allanon (Manu Bennett), last Druid of Paranor. 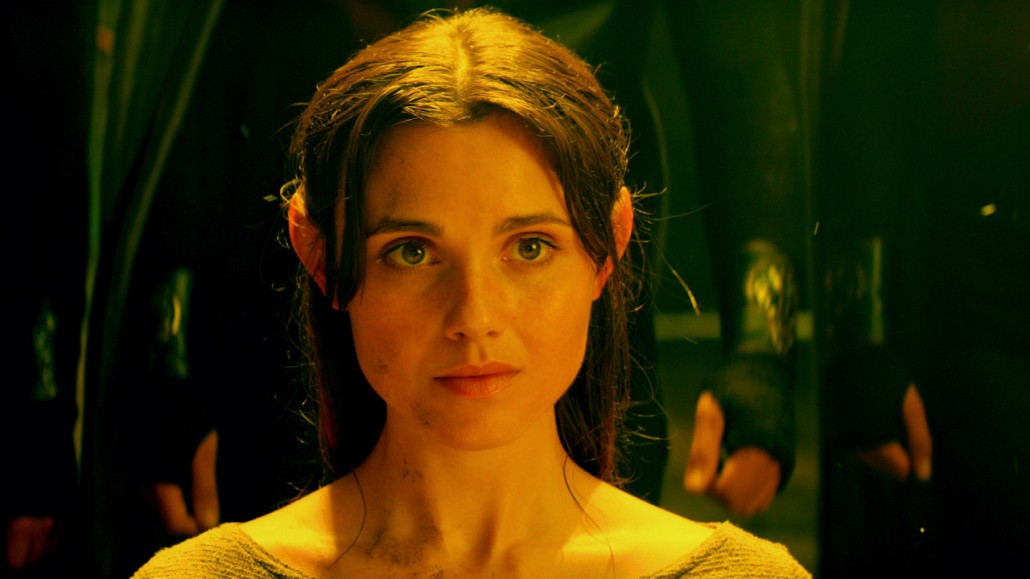 Amberle at the consecration of the Chosen.  MTVPress.com

Wil Ohmsford (Austin Butler) rushes into a small house, only to be told that he is too late by his Uncle Flick.  His mother is dying, but before she goes, she gives him the Elfstones and a message to “Find the Druid.”   His uncle advises him to throw the Elfstones in the river, that they brought only harm to Wil’s father, but Wil decides to keep them. It’s clear that Wil doesn’t really believe that magic exists anymore, and shortly after burying his mother, he sets off for Storlock, to learn with the healers there.

While at a party celebrating the new Chosen, Amberle feels the Ellcrys calling to her.   This time when she touches the tree, she sees another vision, this time, it’s the death of one of the other Chosen, Lorin (Mattias Inwood).  She decides that the best option is to leave Arborlon.

Wil is attacked by a troll on his travels, but saved at the last moment by Eretria, who takes him back with her to a small house up in the trees, where she promptly drugs him and then steals him blind for whatever he has of value, including the Elfstones.

During the search for Amberle, Lorin goes back to the Ellcrys, hoping it will speak to him and that’s when he notices that the tree is sick.  There’s nothing in the lore about the Ellcrys showing any signs of age or rot, or even shedding a leaf.   Arion claims that the Ellcrys is only a tree, a symbol, it’s clear that he doesn’t believe in the lore around it.   Allanon sets him to rights and he and Eventine greet each other as old friends.  The druid confirms that the tree is dying.

The first leaf falls and the Dagda Mor is released from the Forbidding.  He creates himself a henge   Allanon finds Wil and informs him of his true heritage as they travel together towards Druid’s Keep.  There is knowledge there that might tell them how to save the Ellcrys and with it, the Four Lands.

A second leaf falls and the Dagda Mor summons one of his minions, a Changeling, tasking it with the duty of killing all of the Chosen.  Amberle and Eretria meet on the road, but Amberle gets the better of the Rover girl.  Allanon and Wil find what they were looking for at the Druid’s Keep as well as coming face to face with the Dagda Mor for the first time.   It’s revealed that the Dagda Mor is a former druid, corrupted by the magic of the Ildatch.

To save the Ellcrys, a flower will bloom, bearing a single seed. One of the Chosen must bear the seed to the Bloodfire in Safehold, and after the seed has passed through it, it can be returned to Arborlon and the Ellcrys will be saved. 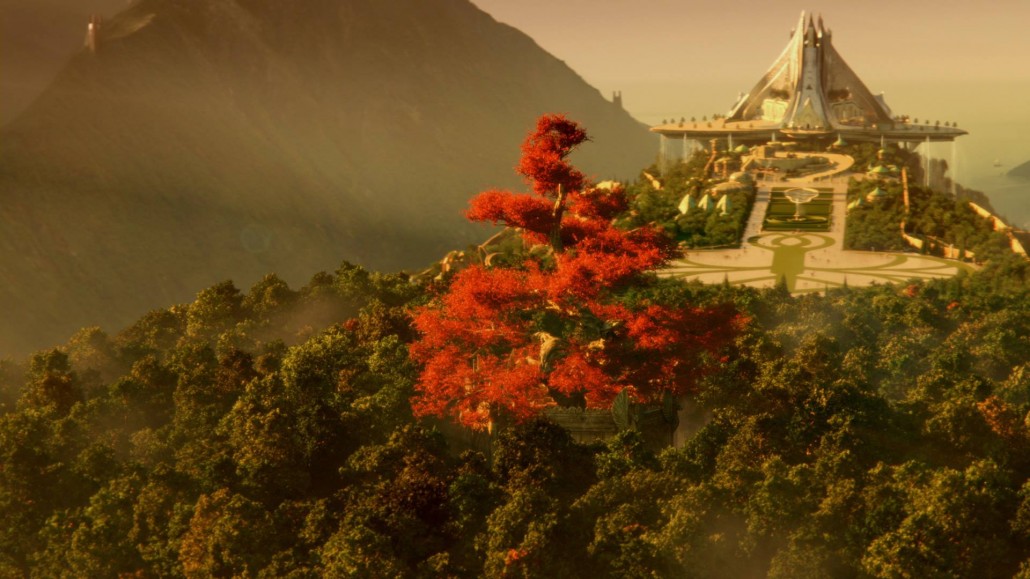 Allanon and Wil return to Arborlon, but it is too late.  All the remaining Chosen have been killed by the Changeling, who wore the skin of Amberle briefly as they carried out their mission.   With all the others dead, Amberle is now the last hope for being able to save the Four Lands and the Ellcrys.  Arion is still skeptical of Allanon and the possibility of magic truly being back.

Allanon tells Wil that while the Ellcrys has called to Amberle, it’s pointless to try to compel the Princess to return, as she must accept the burden as Chosen willingly.   Wil searches through her rooms to try and find anything that might tell them where she might be.   He finds the letters that she wrote to her Aunt, who lives in Wing Hove and some of her drawings of the demons from her initial visions are also found by Anders.  It is revealed that there was a falling out between Eventine and his sister, Pyrea over her love for Allanon and that up to now, she hadn’t been heard from. 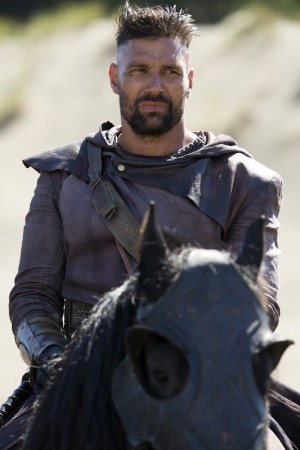 Eretria meets up with members of her Rover clan and despite having let Amberle get the better of her, losing the bulk of her haul with her horse, she still has the Elfstones.    Cephalo, the leader and her “father” is incredibly pleased by that and promises not to sell her away into marriage.  She tells him everything that Wil told her about them. Cephalo, unlike others we’ve seen so far, has a healthy respect and belief in magic, telling Eretria about this tale he heard about an old man from Shady Vale who “won the war of the Races with a magic sword and 3 humble elfstones to aid him.” Cephalo sends Eretria after Wil, making a deal for Wil’s life in exchange for her freedom.

Allanon and Wil set out from Arborlon to retrieve the Princess and hopefully convince her to join them in their quest to save the Four Lands.  They stress secrecy above all, there is still a spy in their midst.   What they don’t realize is that the Changeling has taken on the form of the King’s dog, Manx and has heard everything they’ve said.

Wil and Allanon make it to Amberle shortly before a Fury shows up in Wing Hove, killing Amberle’s aunt and knocking the druid off a cliff.   We’re left with an intense cliffhanger,  Wil standing in front of Amberle with only a short dagger in his hand facing off against the Fury.

Like many people, I have been anxiously awaiting this premiere since the first news hit that MTV was making it into a show.  The books are still some of my favorite epic fantasy books to go back to and reread.   So I was both excited and a little terrified when I heard that it would be made into a TV series. 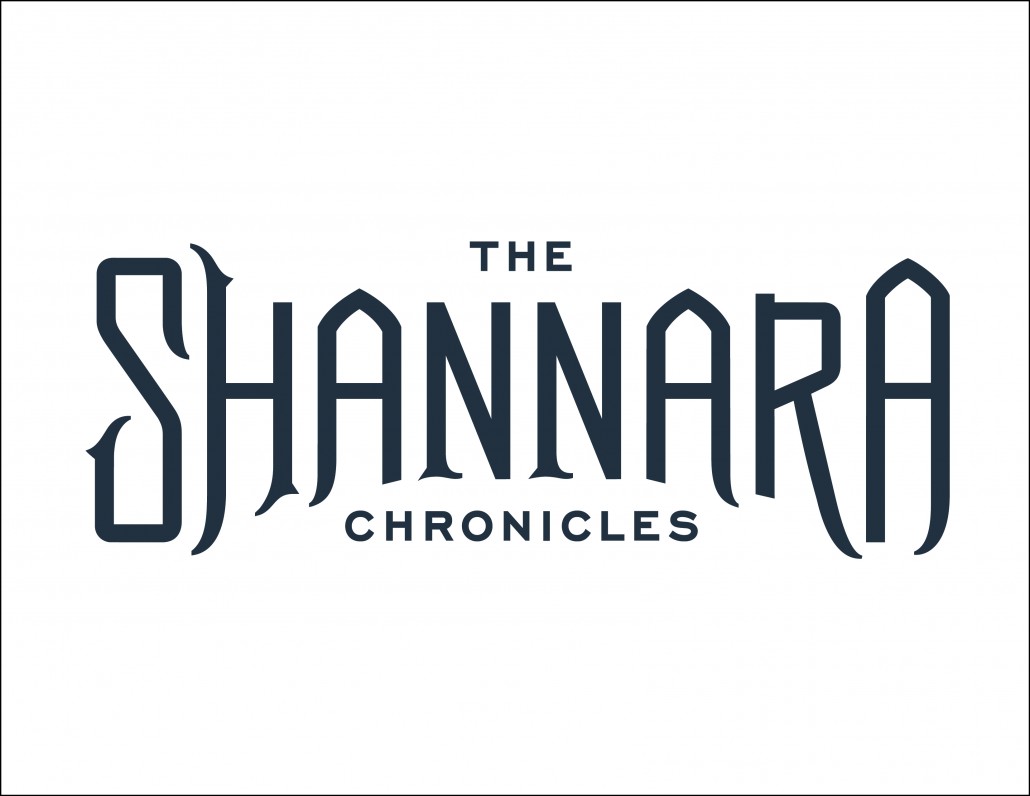 So hear me now, Book fans, I need you to take a deep breath and relax. They got it right for the most part. From what I’ve seen tonight, they nailed the spirit of what Elfstones, the book is. There are some notable changes from the book, but when translating something from book to TV/Film format, there are always going to be those kinds of changes.  There are things that can be done in print that cannot be done quite as well on screen and vice versa.

I loved the different introductions to the main four characters, the little worldbuilding details that have been interlaced through both episodes.  You get a good sense that this is a world well travelled and lived-in.  Some of the visuals take my breath away.  I am definitely looking forward to next week’s episode.