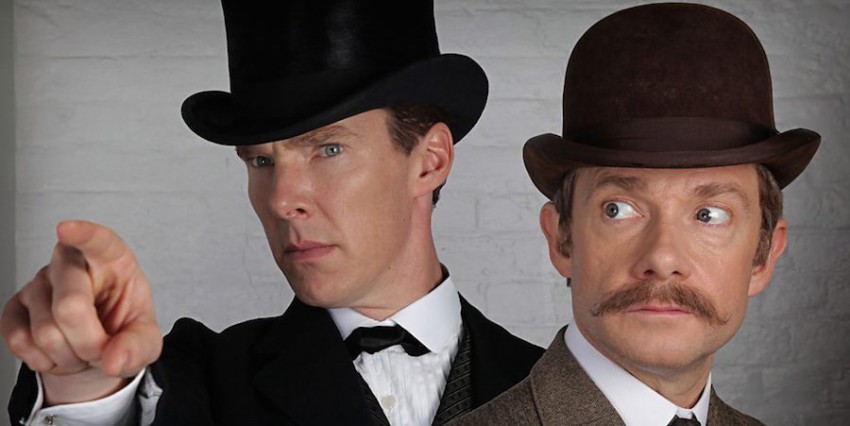 Sherlock “The Abominable Bride” Review: The Past and Present Collide

Welcome back, Sherlockians! I know if you’re anything like me, you missed seeing Sherlock and Watson grace your screen and have been barely containing your excitement for their return. Even if this is just a one-off special, it’s something, and like any good, obsessed fan, we have to take what we can get! At least knowing the people behind Sherlock, we’re practically guaranteed the best and “The Abominable Bride” does not disappoint! “The Abominable Bride” is an alternative take on the show that follows a Victorian-era Sherlock and Watson as they attempt to solve the mystery of a bride returning from the dead to murder some people. Sherlock and Watson are brought in by Lestrade early on after he witnesses mysterious events surrounding the death of a woman. With Hooper handling the autopsy, Sherlock and Watson learn that the bride has risen from the dead to murder someone that night and in the course of the investigation, the bride murders, at least, five more people. Sherlock soon becomes stuck on the case until the wife of a marked man turns up seeking his help. He quickly agrees to assist her and soon discovers a bigger mystery than he ever anticipated.

I suppose now I should probably give you one of those fancy-schmancy spoiler alerts. If you haven’t seen this episode, yet, then stop reading now and find something else to do. I intend to mention things about the special that will be downright spoiler-y and ruin your fun, so look away now, while you’re still safe. 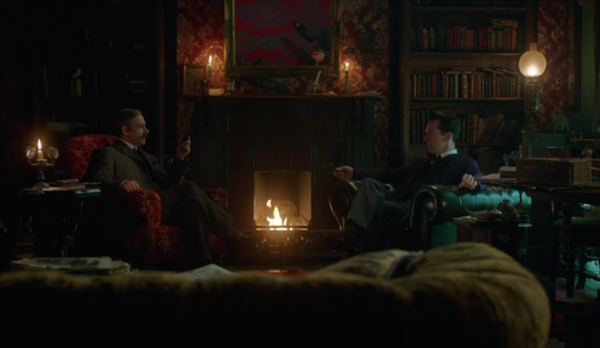 After watching the special, I have to say it wasn’t exactly what I expected, but it was still the Sherlock I have come to adore. I admit, I’ve seen better episodes. “The Sign of Three” is my all-time favorite episode and it will always be pretty difficult to top that one. There is also just something about modern Sherlock that doesn’t compare to Victorian-era Sherlock, even with the same actors in the roles. I just love the modern take on him that much more. This episode was still great and fun to watch, but I’m looking forward to season 4 and the usual Sherlock to return…now, more than before due to the events of “The Abominable Bride.”

As it turns out, “The Abominable Bride” ties into the coming season far better than expected with the entire episode being a drug-induced hallucination by Sherlock to escape into his mind palace and solve the mystery of Moriarty’s return through a previously unsolved case from 1895. Going into the episode, I’ll admit, I didn’t have any expectations for it. I expected it to be good, but as to how the story would develop, I wasn’t sure. They successfully convinced me that this was an alternative take on the episode rather than something happening in Sherlock’s mind, though. I did have some suspicion in the back of my head that this tied into the modern Sherlock when Sherlock said, “Gun in the mouth, bullet through the brain, back of the head blown clean off, how could he survive?” It wasn’t exactly a difficult hint to miss, but I also thought that maybe it was just a reference to something that had happened in the Victorian-era. That is until the message on the dead husband showed up. “Miss me?” I think a collective, “Yes” could be heard around the world from Moriarty fans everywhere when that message appeared. That was most likely followed by some deafening squees when he appeared in the episode. While I was glad to see Moriarty gone, I didn’t realize how much I missed the guy until his return in “The Abominable Bride.” Andrew Scott is just so brilliant in the role it’s tough not to enjoy these scenes. 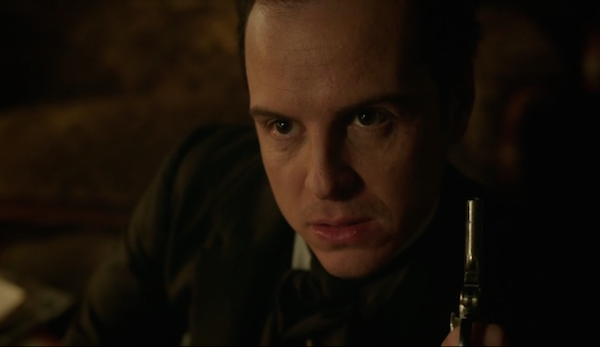 This episode took an interesting turn with the women in the show as well. Una Stubbs will always be my favorite Mrs. Hudson. Every episode she’s in, she has some of the best lines and is just so fun to watch. In some ways, Mrs. Hudson reminds me of my grandma, which is awesome. Telling Watson straight out that she doesn’t like his stories because she never talks in them – and then refusing to talk to make her point – was priceless. I will probably always adore her. While Mrs. Hudson remained fairly similar to the modern take, Mary was another character that maintained the same qualities that make her so much more interesting and dynamic than other depictions of the character. Mary was naturally frustrated about her subservient role, designated to the mere wife of John Watson. His interaction with women particularly stood out when he told Mary to make him food and dealt with the maid. His banter with the maid did lend some hilarity to the episode, at least, but it was much more difficult to watch him belittle Mary in the start. That, however, was quickly turned around when she went to work for Mycroft. By the end of “The Abominable Bride,” John was much better and she was the character deserving of his love and Sherlock’s respect, which as you may have deduced, is a very difficult thing to attain.

The most interesting female character of the episode, though, would have to be Molly Hooper. Defying gender expectations of the time, Molly Hooper wasn’t merely accepting her role as a female in society but had rather taken on a disguise as a man to work in her profession. Though she was a bit stand-offish to Sherlock and Watson, I did enjoy this take on the character and would have liked to see more of her on the show. Most of the time, I’m perfectly fine with a small appearance, but in this capacity, Hooper seemed much more interesting to me. In a way, this ultimately showed the level of respect Sherlock holds for her as well as this was part of his hallucination and instead of designating her to a secondary position, he had given her the more important, leading role in the autopsy. 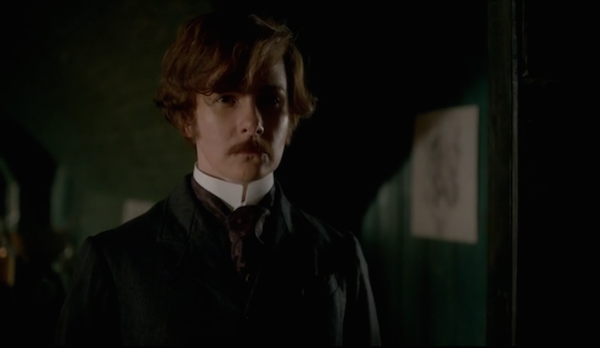 Despite this one-off special, there was still some character and story development as well. Sherlock has, more or less, solved the mystery of Moriarty’s return. He has determined that Moriarty is absolutely dead (he said it, but maybe it’s just a mislead of some sort?) Yet, he is still back and Sherlock knows what he’s going to do next. I’m not sure what that means, but at this point, I think Sherlock may be the only one who knows what he means. I also found the relationship between Sherlock and Mycroft as an important part of the character development here. While in the alternative version of Sherlock, Mycroft took on a rather portly appearance for the duration of the time and the banter between the two may be foreshadowing his death (I hope not), when Sherlock returned to modern times (and reality) the revelation about the drug list was intriguing and also kind of heartbreaking. Mycroft showed that he does seem to care about his brother quite a bit more than he lets on. He knows that he can’t stop Sherlock from taking the drugs, but he’s worked it out with him to know what he’s taken to help him if he can. I’m not entirely sure what incident Mycroft is referring to with the flashbacks, but it was a bit sad to see his concern for Sherlock who is intent on doing what he wants no matter the risk. Keeping the list in his notepad with the note, “Redbeard,” though, is perhaps leading to more than just a mere concern for Sherlock. Redbeard was Sherlock’s childhood dog, but why is it there with the other notes? What could they mean? Any guesses? 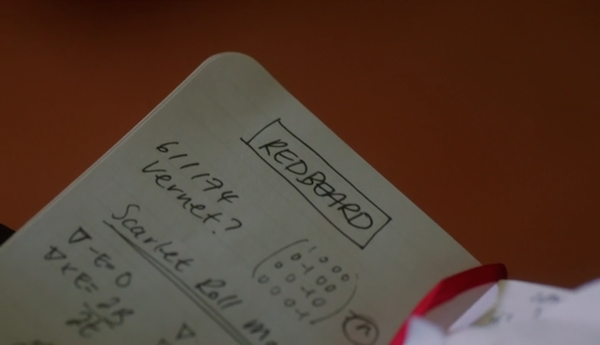 Overall, I thought this one-off special was fun to watch, but I still enjoy modern Sherlock so much more. I can’t wait for him to return to London in modern times and get back to work with Watson by his side. Who knows? Maybe Moriarty will return in some capacity as well! What did you think of the special?

Enjoy the Sherlock special again January 10 on MASTERPIECE on PBS!