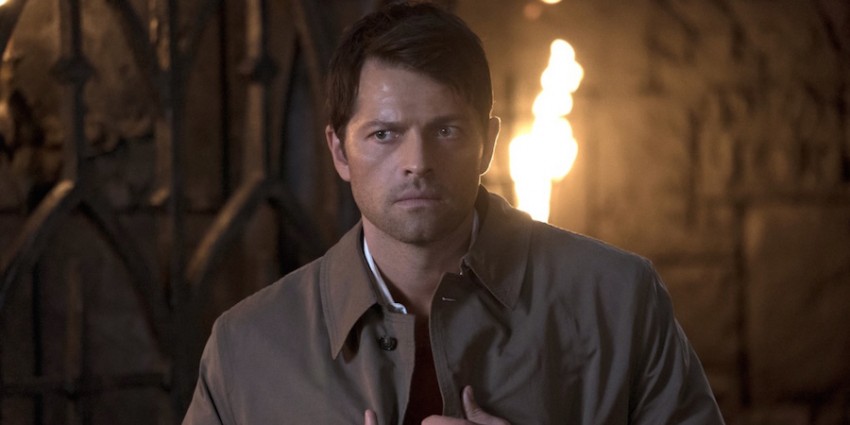 Home » TV » TV Reviews » Supernatural 1110 Review: Lucifer Makes an Offer in “The Devil in the Details”

Supernatural 1110 Review: Lucifer Makes an Offer in “The Devil in the Details”

It’s been a long wait for Supernatural to return, but it was worth it! When we last saw the Winchester brothers, Amara had just pissed off heaven and experienced smiting first-hand while Sam was tricked into a meeting with Lucifer, which, needless to say, didn’t end as well as he had hoped. Now, with “Devil in the Details,” Dean is attempting to find out if the smiting worked or had any effect on his new girlfriend while Lucifer makes Sam an offer to get out of the cage and a pretty big twist gets thrown into the mix by the end of tonight’s episode.

All-in-all, Lucifer’s offer hasn’t changed much. It’s the same as before with the additional bonus of removing Amara from the world. Say yes to becoming his vessel and he helps rid the world of The Darkness. In trying to convince Sam to say yes, he takes Sam into the past and tries to show him how much tougher Sam was then. As he attempts to point out, Sam was a hero then. He had balls. He was willing to die, but now, he just wants to save his brother and himself at the expense of the world. Sam, however, isn’t that easy to manipulate and stands up for himself. Realizing that releasing one evil on the world to stop another isn’t a good idea at all, he refuses Lucifer’s offer leaving Lucifer to resort to plan B: beating the crap out of Sam. This season of Supernatural has been great for Sam. Even if he has ended up in the cage, he seems more decisive than before. He may have been wrong about his vision, but he knows his convictions. He seems more sure of his place in the hunting world and this episode added to this. He refused Lucifer, not because he wasn’t ready to die or see his loved ones die, but because he knows that accepting Lucifer would be just as bad as doing nothing about Amara. He is meant to protect the world, not endanger it through a moment of weakness or to find the easy way out.

I’m ready to die. I’m ready to watch people I love die. But I’m not ready to be your bitch. ~ Sam Winchester 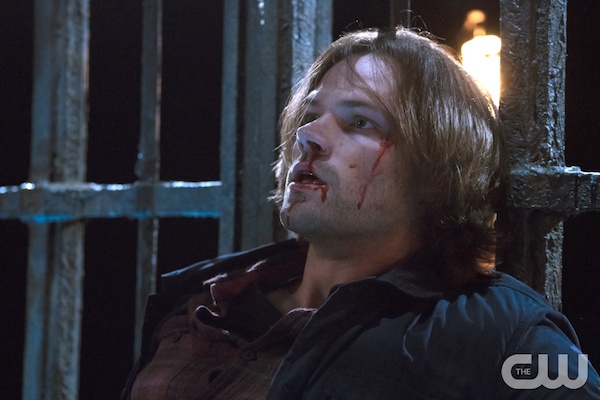 While Sam may have realized the problem with accepting Lucifer’s offer, someone else in their group began questioning the error in refusing it. After the smiting, Castiel went to do some investigation for Dean into the disappearance of Amara. While there, he met an angel who so kindly pointed out that the two of them were both expendable. Unfortunately, Castiel seems to have taken that to heart. After the new angel is found by Amara and killed, Castiel finds himself face-to-face with The Darkness. It is at this point that Castiel sees her strength and the futility of Sam and Dean going up against her alone. After she decides Castiel isn’t worth the snack, she sends him to Dean with a message, “I am coming.” With his newfound knowledge of Amara’s strength, Castiel goes into the cage with Sam and Dean and helps them fight Lucifer, but in a final moment does what Sam refused to do: He accepts Lucifer’s offer and becomes his vessel.

Ah Rowena, how I loved thee. Truly. I don’t know if it was that lovely accent or the flippant way she did absolutely everything, especially when it was in direct opposition to her son. She was a feisty delight to see on the show. It was through her actions that so much fun has come from this season. And not very surprisingly, she was a Lucifer groupie. She worked with Lucifer to trick Sam into a meeting and while she may have been forced to perform the spell to send Lucifer back into his cage, it was very much against her will. As soon as Sam, Dean, and Castiel return from their meeting with Lucifer, Rowena is relegated to Crowley’s masseuse until Castiel suddenly returns. It was at this point that we learn of Castiel’s deal with Lucifer in those final seconds before the spell worked. Castiel goes full Lucifer and Rowena is in groupie heaven. This is when she reveals the one thing she probably should’ve kept quiet and tells Lucifer that she is the only one who can open the cage. Like any good evil guy, Lucifer’s choice was obvious. If she’s the only one who can open the cage, then he may as well kill her and be done with it. I will always expect Rowena to come back, but for now, she looks dead. Really, really dead. And Lucifer is officially back. 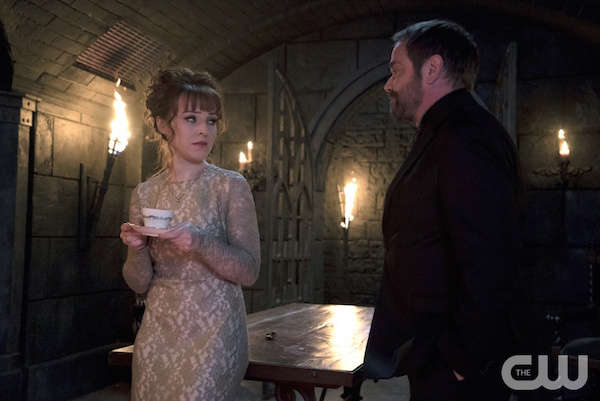 That being said, the last thing I expected came from the last person I expected when Castiel accepted Lucifer’s offer. After his confrontation with Amara, I can understand why he may have done it, but from a viewer’s perspective, it was still completely unexpected. I have always loved Mark Pellegrino in the role as Lucifer. He is absolutely brilliant and often quite funny in this part. His has definitely been my favorite portrayal of Lucifer for a while now and seeing him return for this stint in the cage was perfect. When Lucifer inhabits someone, I suppose it’s only reasonable that the person he possesses takes on his characteristics. As an actor, it must be a challenge to imitate someone else’s actions and characteristics that give a specific character so much personality, but Misha Collins really pulled it off tonight. From his speech to his mannerisms and even to his facial expressions, Misha really channeled Mark Pellegrino in those final moments of the episode. It was great and I can’t wait to see where this goes this season. Castiel is such a straight character which lends humor to his misunderstandings about colloquialisms while Lucifer is the exact opposite of that. Laid-back, relaxed, free to do what he wants and have fun while he does it. Seeing Castiel in such a laid-back manner, relaxed and less serious is weirdly entertaining and Misha has done this superbly.

Next week, we’ll get to see more of Casifer in all of Misha Collins’ brilliance. I hope we eventually get Castiel back without any serious detriment or damage to the character, but for now, this is a fairly interesting and disturbingly entertaining turn of events. What do you think of Lucifer’s new vessel?