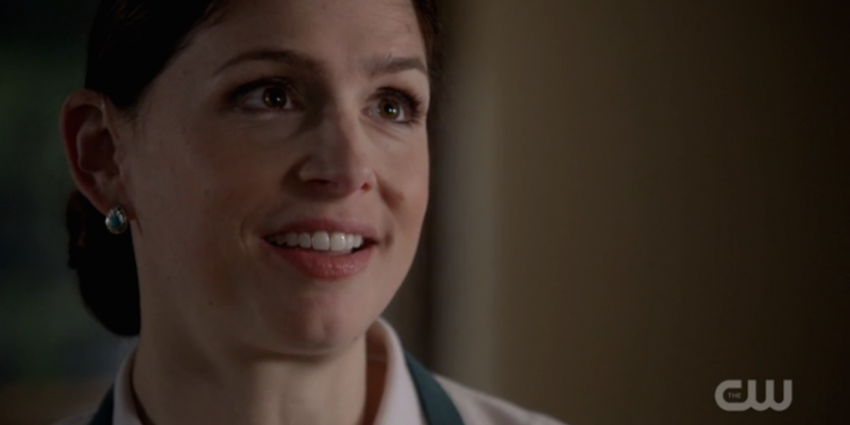 Supernatural 1111 Review: Sam and Dean Meet Another Legacy in “Into the Mystic”

I’ll admit, while I enjoyed this episode, I was a little disappointed in “Into the Mystic.” Don’t get me wrong, this was a fun episode that introduced another legacy as well as a great woman with a lot of spirit, but after last week’s bomb, I was hoping for a bit more Casifer. The previews teased him so much, I was really excited to see Lucifer take over as Castiel and what would come of it. Most likely we’ll be seeing Casifer in small doses, but I wasn’t definitely expecting more than that in this episode. That being said, the introduction of the new legacy and the cougar was very amusing and made up for any lack of Casifer. These kinds of episodes are always enjoyable to watch.

If you aren’t familiar with the whole story, a couple of seasons ago, Dean and Sam learned about the Men of Letters, this secret organization of scholars who researched the supernatural and had bunkers with relics all over the world. They believed hunters were a violent, but necessary evil. In 1958, the Men of Letters were destroyed by Abbadon, one of the Knights of Hell and Sam’s and Dean’s grandfather, Henry Winchester was among the inductees. As his grandsons, the boys are Legacies to the Men of Letters and have since moved into one of the bunkers that holds a repository of books, codexes, and other relics to use in the hunt. 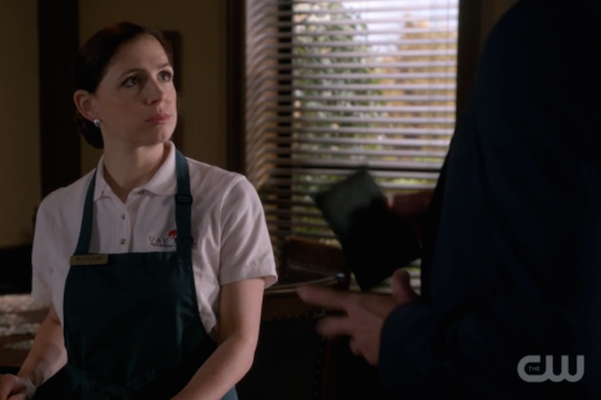 Shoshannah Stern as Eileen Leahy. Screenshot from “Into the Mystic”

In “Into the Mystic,” Eileen Leahy follows the Banshee that killed her parents and deafened her to the same small town Sam and Dean have come to investigate some mysterious deaths. There paths cross and the boys soon learn that Eileen’s grandfather was also one of the Men of Letters and she is a Legacy like them. Eileen is definitely another interesting character. She’s more or less been on her own since she was sixteen and has managed to remain and survive on the hunt all this time. She also seems to be immune to Dean’s charm. How did she manage that? Seriously though, she’s a strong character with a fairly good sense of humor and appreciation for the boys and what they do. Much like Sam and Dean who chased after the demon that killed their mom until they managed to destroy him, her story reflects theirs to a point. I wonder if this means we’ll be seeing more of Eileen in the future. She’s been hunting for so long and is a Legacy, it’s sort of in her blood. Even if she does plan on heading off to do something else, I can easily see her returning to the hunt and therefore the show, before long. 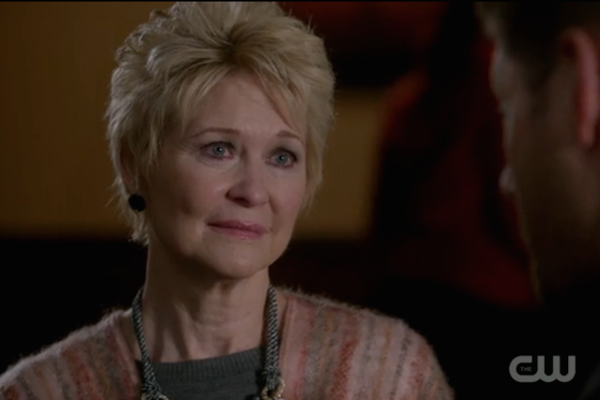 Dee Wallace as Mildred Baker. Screenshot from “Into the Mystic”

Mildred was by far the most amusing character of “Into the Mystic” and would be great to see back on the show at a later date as well. She was straightforward about her interest in Dean and though she had less interest in Sam, that was only due to his height. (She’s not a mountain climber anymore, after all.) She was a blast to watch with her interactions with Dean and side commentary to Eileen and when the boys believed she was vulnerable due to her heart condition, she laid some pretty good life lessons down on Dean. The only problem being that one of those lessons was “follow your heart” and so far this season, his heart has been pulling him toward The Darkness, which doesn’t exactly bode well for him. Now add to that the fact that the Banshee goes after the vulnerable and chose Dean, you’re pretty much spelling out his doom. I wonder how they’ll manage to get him out of this one. At least he has decided to share his newfound compelling, and irresistible attraction to Amara with someone…even if that was Castiel. This means that he’s not compelled to keep his attraction to himself, even if he still has yet to tell Sam.

With Castiel’s current state of possession, he’s not exactly the best choice to tell these big secrets. Cass may have given Lucifer permission for the sake of fighting Amara and Lucifer is sticking around and researching the Darkness, but he is still Lucifer. It definitely would seem that he is doing his best to stop The Darkness, but Lucifer being Lucifer, he’d have no qualms in using Dean to do that. Telling him a seeming weakness Amara may have may be quite detrimental to Dean’s survival. I have no idea how he’d use this to stop her, but I’m sure he’ll find a way. That wasn’t exactly an “I’m so happy he decided to confide in me” smile at the end of their conversation there. Maybe the boys will figure out he’s Lucifer before he has any more advantages on them. It’s only a matter of time before he acts a bit too much like himself before they figure it out, but how long will that be? How long will it take for the boys to figure out Castiel is Lucifer? On that note, Misha Collins is doing a great job as Castiel being possessed by Lucifer pretending to be Castiel. He was spectacular last week as Lucifer and this week, he definitely had his moments. It’s the subtle little differences that make it interesting. Like when he smiles. There is nothing creepier than Casifer smiling. 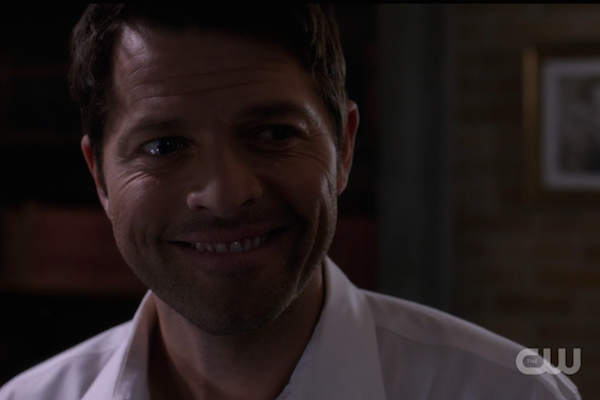 Misha Collins as Castiel as Lucifer. Screenshot from “Into the Mystic”

Tell us what you thought of “Into the Mystic” and tune in this Wednesday for an all-new episode on The CW!