One of the things that has continually impressed me about this show is their ability to pack a lot of action and information into 40 minutes of television. So much happens in Changeling that you might feel a little like your head is spinning from everything that happened.  So in brief, last week ended with Amberle entering the Ellcrys in order to be tested to see if she is worthy enough to bear the seed.   The stakes are pretty high, if she doesn’t pass the test set to her by the Ellcrys, then she’ll die.   As the last of the Chosen, if Amberle dies, so will the Four Lands.  So no pressure, right? 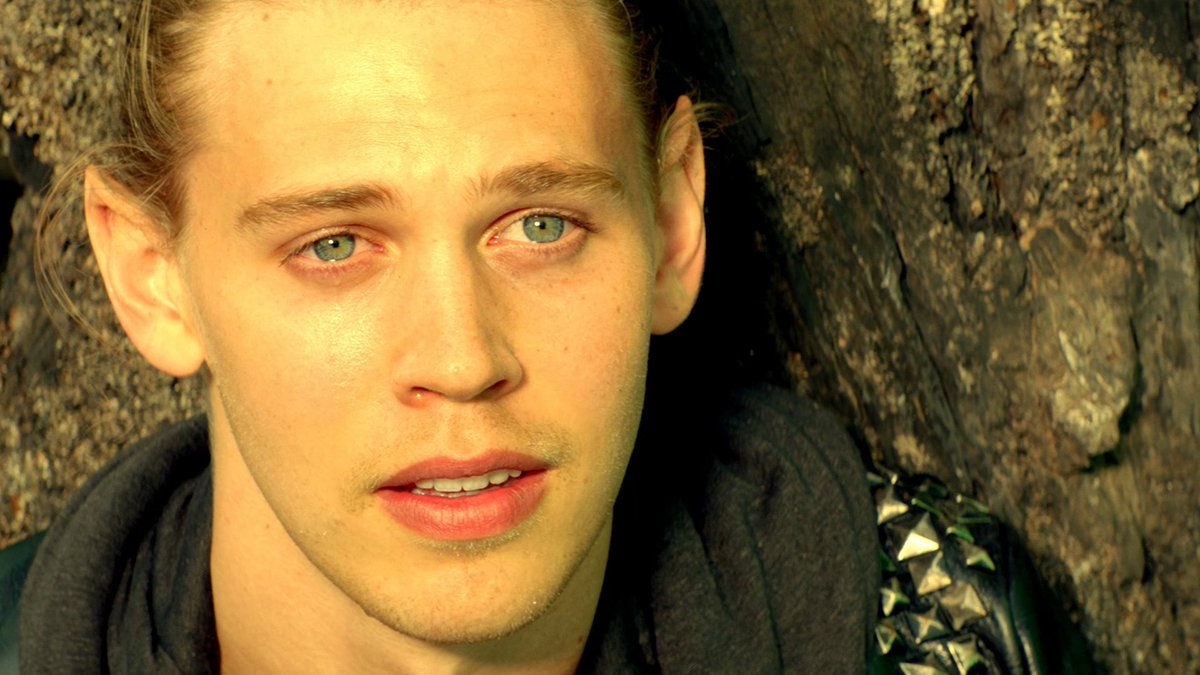 The Ellcrys’ test was intriguing, forcing Amberle to really confront her fears and also some of the inconvenient and uncomfortable truths that she just hadn’t let herself fully acknowledge.  Part of that was pretty well conveyed in the forms that the Ellcrys took.   First Lorin, who was the safe and acceptable choice for a partner, but who she didn’t actually love.   Then Wil, and it was a darker version of our favorite half-Elf, challenging her to prove her loyalty and commitment to the quest by killing him. “Stand and fight me or die like everyone else.”

Meanwhile outside the tree, the weather’s gotten worse and the Changeling is still causing havoc in Arborlon. That there’s an agent of the Dagda Mor still in the city is certain, but which form it’s taken still isn’t clear yet to Allanon or the Elessedils.

Amberle, despite having all her fears and doubts thrown back into her face, passes the test.  Before the vision of Wil fades, he tells her not to let anything stop her in her quest,, “Not fear, not love, the fate of the world depends on it.” Once she gets the seed, she also gets several very quick flashes, one of which has Wil and Eretria in it.

“I don’t need you to hold my hand, and I don’t need your emotions getting in the way of what we have to do.”  While this sounds a little harsh because Wil is trying to help, I can’t help but love this line. Women don’t often get to say lines like this, as plain as this was, and I like seeing the evidence that she’s taking the Ellcrys’ words to heart. 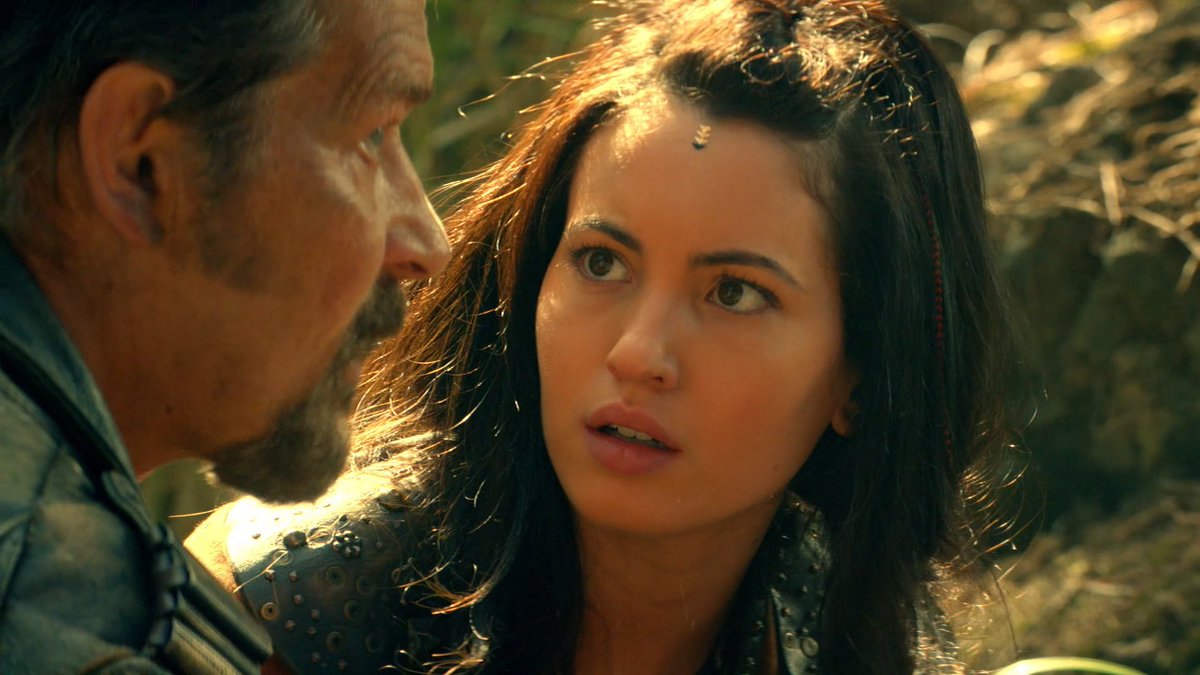 We’re getting closer to the actual quest portion of this adventure and despite Arion’s continued disbelief and nay-saying, plans are hatched to send Wil and Amberle out to one of the other Elven settlements to talk to one of the elves there that has been out past the sentinels in the old world.  It’s some of the first verbal hints we’ve gotten about the state of the Four Lands and how it got to be the way it is.  Which if you know the books, that’s not a surprise, but for everyone just now discovering the universe with the show, it’s kind of awesome that they’re weaving that in as well.

My favorite part of this episode however is the scenes with the Elessedils, the conversation between Arion and Eventine about how Arion isn’t ready to be King yet, that he’s still lacking in some experience and wisdom. Arion’s line of “It is hard to compete with the ghost of a brother whose stature increases in your mind with every passing year” was perfectly delivered and the emotion there was raw and powerful.

And that, just really struck a cord with me.   In the book, Aine is a passing mention here and there, however here in the show, you get a good sense of just how much his death has affected the rest of the royal family.  Arion is trying to be the perfect Heir, to prove that he’s good enough.  Ander is trying to numb the guilt he still feels over it.   Eventine was merely existing up until this crisis provided him with reason enough to really start living again.  Amberle just keeps reaching for more and more impossible goals, living up to a standard that he would be proud of.   The scene where Eventine gives Amberle her father’s sword and the command, “You come back to us”  was just spectacular.  Poppy Drayton and John Rhys-Davies really sold it for me there. 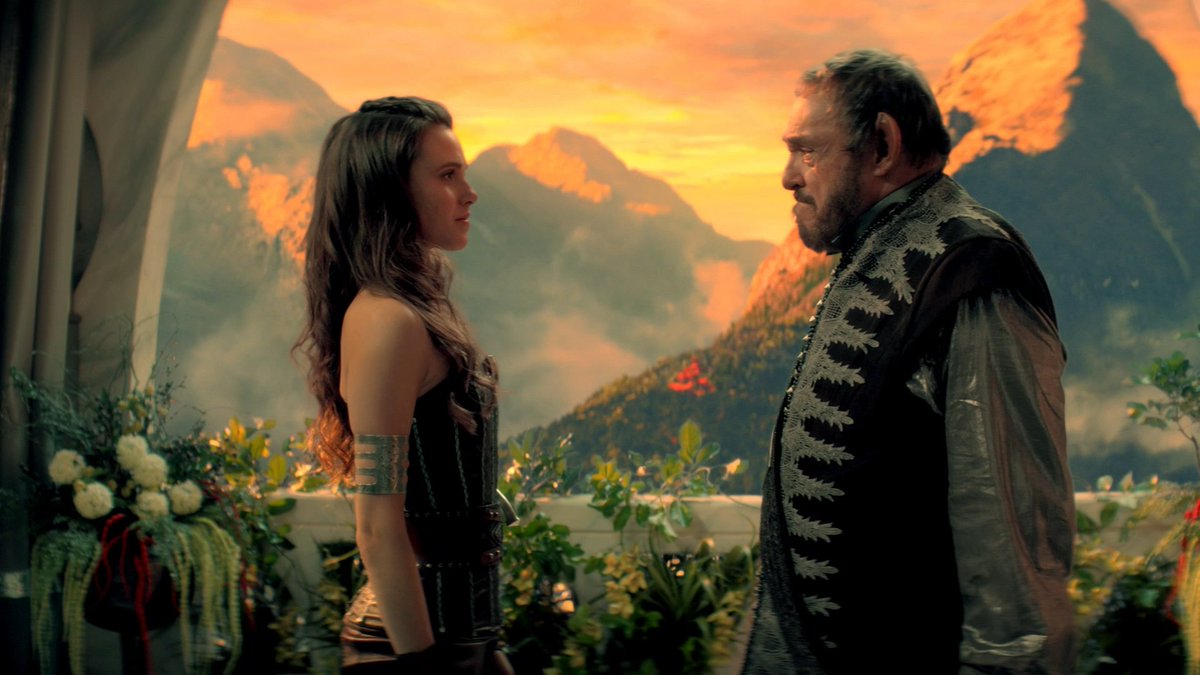 The ending with Wil and Amberle (and Eretria in chains following them) heading off and Allanon and the rest of them staying behind to marshal forces to fight against the demon hordes that they know are coming raised a lot of questions about what’s going to happen next week.  Cephalo’s still out there and the Changeling didn’t stay down for long, so there’s still plenty of trouble headed their way.