Tonight’s episode is the halfway point for the season and it’s been a wild ride so far.  We’re also mostly half way through the book as well, though they’ve omitted some parts so far.  I’m still holding out hope that we’ll see Wing Riders on screen.  There are five episodes left, plenty of time right?

One of the most interesting things and it’s something that the entire episode hinges on, is the flashback to Crown Prince Aine’s death, 10 years before.   We get to see the adorable younger versions of Lorin and Amberle and then also Aine himself comes on screen.   The father-daughter bonding scenes were brilliant and we can see where Amberle initially gets her idea to run the Gauntlet and vie for a place among the Chosen. The flashback once again hit home just how much his death has impacted the Elessedil family and informs the choices that each of them make.

Stee Jans and the Free Corps have been replaced with Gnomes, as far as I can tell, which okay, you can’t have everything in adaptations. They’ve already gotten so much into this, things that I never thought we’d actually get on screen. 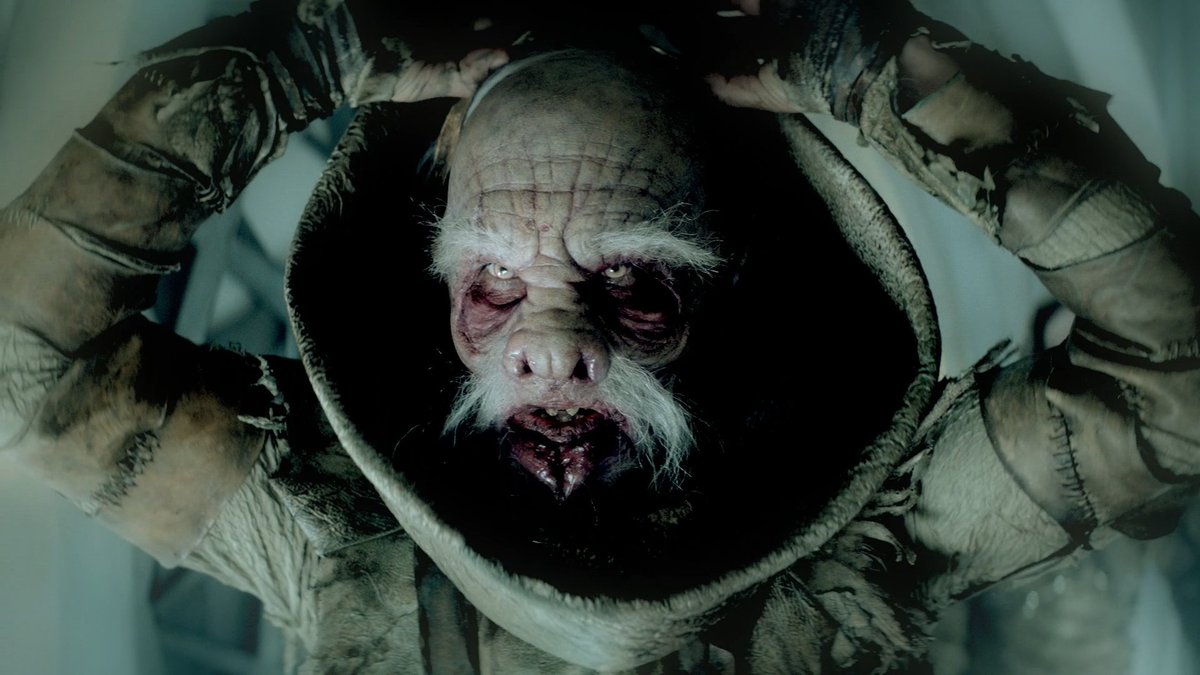 One of the fascinating bits is that the Gnome that killed Aine, they refer to him as Slanter, who you actually meet for the first time in Wishsong, which is the book after Elfstones.  It makes me wonder about what their plans for season two would be, given that they’re not splitting Elfstones up into multiple seasons.  He’s the leader of the Gnome rebellion here and I can’t wait to see what they do with him next.

We get some utterly amazing Eretria and Amberle moments, I love that they’re kicking butt and taking names completely unapologetically.   Wil gets a fun moment to actually use his healer skills on Commander Crispin.    Despite the Rovers’ attack, Cephalo stealing Amberle and the Elfstones (again) and avoiding some very nasty traps left before them by the Dagda and his agents, the intrepid trio with their party do make it to the Elven fortress.

Only to find out that a Reaper has already been there.  Quick thinking on the part of Cephalo, aided reluctantly by Wil manages to defeat it for the moment.  However without the council of the Elf they’d been going to see, finding Safehold got just that much harder.

One of my absolute favorite moments came with the Elessedil brothers, where Tipton and Ander are talking to Arion about plans to continue to defend their home and people (and going around their father, which is technically treason) and Arion storms off, leaving Ander to make the decision that everyone watching the show knew he was going to make.  I never thought they’d actually have one of them acknowledge it on screen however.   Arion’s line, “When someone tells you no…”  had me rolling in laughter.

Tipton, Slanter, and Ander go off to arrange for an alliance of sorts with the Gnomes to protect all of them, because demons will slaughter Gnome and Elf alike.   The enemy of my enemy is my friend after all.

Now in the book, you see where the Changeling keeps to Eventine’s side, watching as the King slowly deteriorates. You get some of that in the last four episodes and early on in this episode and John Rhys-Davies is perfect in handling the nuances of that role.  However, breaking with book canon at the end of the episode, all that can truly be said about that is “The King is dead. Long live the King.”

So for the moment, despite their lower numbers, it seems that the Dagda Mor and his demons are coming out ahead with someone effectively controlling the Elves for him and every obstacle possible being thrown at the trio making their way towards the Wilderrun. Next week’s episode is going to be very interesting to see, how will the Changeling fare at being King?  Will anyone notice?