I’ve been a big fan of author John Sandford for many, many years. Author of the long-running “Prey” series, which are NOT science fiction, and the related Virgil Flowers series, as well as a handful of other books, Sandford is a consistent expert in suspenseful, exciting crime/mystery/police novels. His books are on my “must-read” list. So when I saw that he was coming out with a sci fi book, I KNEW it had to be high on my “needs and wants.” I bought the big book, co-authored by science and photography expert Ctein (pronounced kuhTINE, not see-tane as I’ve been mentally saying) as soon as it came out, but what with this and that, finally got around to finishing it this weekend.

The story is set about 50 years from now. Sandy Darlington, a wealthy, disenchanted beach bum, who isn’t really who you think he is, is tolerating his boring make-work job at Caltech by working his way through the female employees, when he spots an anomaly that’s detected  while repairing and realigning a space telescope. It’s quickly determined that what Sandy has found is actually an alien spaceship, now hovering near Saturn. The race is on between the US and China to be the first one to get to Saturn and have a chance to get their hands on alien, presumed advanced, technology. 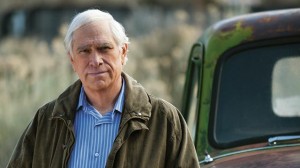 This is hard science fiction – strictly science, no fantasy. I could appreciate the relatable world Sandford creates – far enough from our own to have the science believable, close enough to our time to feel comfortable with the characters. Not much seems to have changed, except for the referred-to-but-not-explained devastating event, the Houston Flash (perhaps a nuclear bomb?). 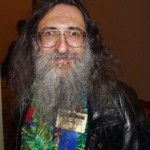 I’m having trouble sorting out my opinions on this book. Yes, if you like hard science fiction and space travel, you should read it. Despite its 473 page length. I found that it moved fairly quickly, covering the run to Saturn and back. Political intrigue, alien contact, military maneuvers – all covered. However, unlike most of Sandford’s books, it was perhaps overly calm, injected with a bit too much of the emotion-smoothing drugs that are mentioned more than once. I kept waiting for a truly heart-pounding moment, and had to wait until 3/4 of the way through the book to find one. Lots had happened – but even the scenes that should have been exciting were too calm and measured.

Despite the alien component, Saturn Run is very much a human drama, not a human-meets-alien story. It’s not 2001, not Ender’s Game. The most dramatic story line has to do with American vs. Chinese politics. But I will say that the alien contact Mr. Sandford includes is very different – and very intriguing – than I’ve read before. I think this would make a terrific film, but I’m not seeing anything about the book being optioned yet (if you know something about this, please let me know!). There doesn’t seem to be any talk of this being the first in a series, although it could be (however, it would probably cover long time periods).

Interview with Sandford and Ctein by John Scalzi