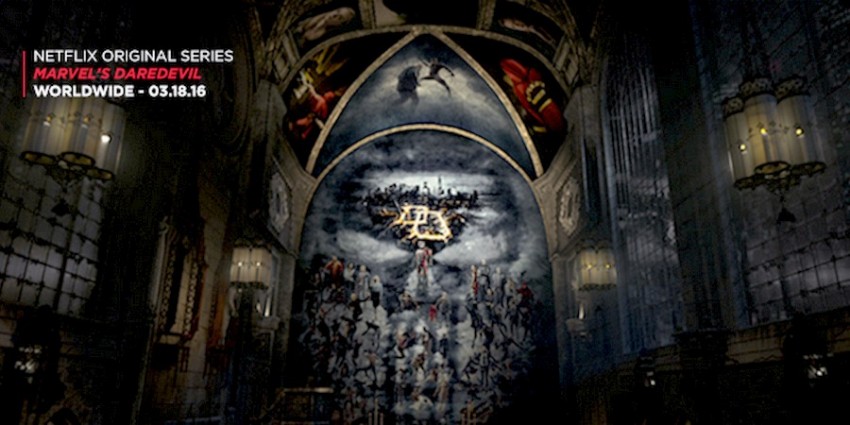 It’s long been known that season 2 would bring a new adversary for our crimson crusader in the form of Frank Castle, aka The Punisher.  With this trailer, we get to see just how perfect Jon Bernthal is in the role of a man whose life and mission parallel Murdock’s in many ways, but not all.  The main difference between these two men is that Castle thinks Murdock isn’t going far enough.  He dispatches the enemies of Hell’s Kitchen with a merciless and lethal abandon, seeing Daredevil as weak for allowing this “scum” to live.  I have a feeling that’s going to cause more than a few fights between the two men.

Those inevitable fights won’t end easy, either.  Frank Castle has the training, skills, and equipment to carry out his vengeance with frightening efficiency.  And while the two men are ostensibly on the same side, their critical differences in the philosophy of justice will cause … friction.

“You know, you’re one bad day away from being me.” – Frank Castle

One thing to remember: This is only Part 1 of a 2-part trailer.  The 2nd part, said to focus more on Elektra, will bow on February 25.  Also, don’t forget season 2 of Marvel’s Daredevil will be released in full by Netflix on March 18.  Clear your calendar.

Just when Matt thinks he is bringing order back to the city, new forces are rising in Hell’s Kitchen. Now the Man Without Fear must take on a new adversary in Frank Castle and face an old flame – Elektra Natchios.

Bigger problems emerge when Frank Castle, a man looking for vengeance, is reborn as The Punisher, a man who takes justice into his own hands in Matt’s neighborhood. Meanwhile, Matt must balance his duty to his community as a lawyer and his dangerous life as the Devil of Hell’s Kitchen, facing a life-altering choice that forces him to truly understand what it means to be a hero.

Season 2 of Marvel’s Daredevil will be released in its entirety on Friday, March 18 on Netflix