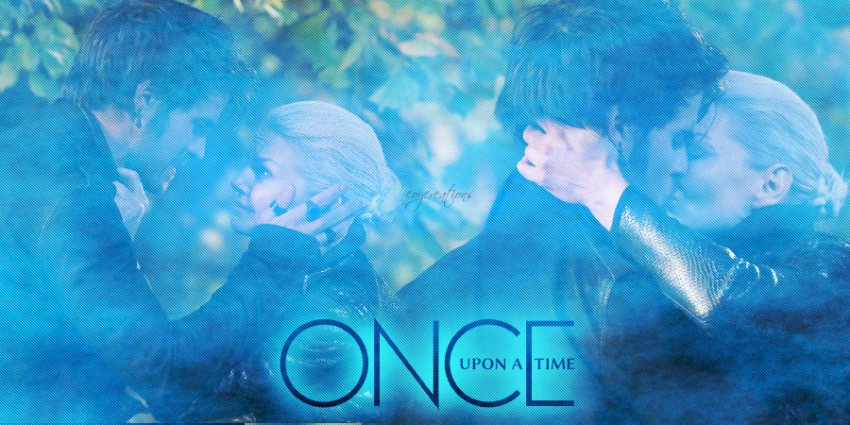 By: Diane Selburg
100th Episode abc once upon a time

Well, we have exactly one month to go, before Once Upon A Time returns to our living rooms, but until then there is plenty to talk, and speculate about. It is almost hard to believe that the show will be airing its 100th episode on March 6th, it only took five seasons to get there. If we are lucky enough, the show will keep getting renewed and we just might see the show’s 200th episode. I think, maybe we should see ourselves through this season first though. I am going to focus on the issue of sharing a heart today, and any complications or consequences that may arise.

I have been thinking a lot about how Emma is planning to split her heart in two, and sharing it with Hook. We all know that the apple doesn’t fall from the tree, in that Emma is a lot like her mother, and this idea is straight from the playbook of Snow White. We have seen this done before, when Snow asked Regina to split her heart, so that she could share it with Charming.

I couldn’t help but hear then (as well as now) the voice of Rumple saying “All magic comes with a price, dearie”. It is only due to a spell that was enacted, that Snow never paid a price for that particular form of magic. We know from this season that a debt must be paid, a  ‘life for a life’ sort of thing. 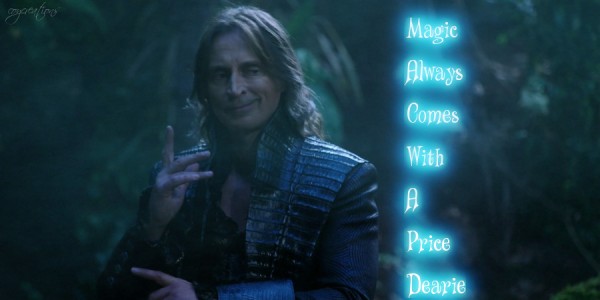 I am just wondering what are the consequences of splitting one’s heart in half, and sharing it with the one that you love the most? It is the textbook definition of cheating death, and it could be like it was in Final Destination, where death eventually finds you in the end. Hook was killed by the only magical object that could take down one who is immortal, and that seemed very final to me. I love Hook, and I want him back, sooner rather than later, preferably, but will it come back and bite everyone in the arse, when death wants the debt paid? Will it just be a vicious cycle, and who will pay that price?

The question is ‘Was Hook meant to lose his immortal life in order to save Emma, or someone she loves’? If yes,then sharing her heart with Hook, same as her mother did, is cheating death. What is Rumple’s stake in this trip to the Underworld? He now holds all the powers of the previous Dark Ones, and he is heading this little mission of ‘Save Hook’ right into the dark side.What is his end game? Rumple doesn’t willingly do anything helpful, unless he has a agenda.

Henry is still the author, and despite destroying his quill, and stating that “no one should have that much power” he could magically write any consequence right out of the story. One would think that he could just write a new story for Hook, but Excalibur was a very powerful object, that I don’t even think the author could overthrow. That is a really moot point, since he did destroy the quill, but then again, magical things can happen on Once Upon A Time.Do you think there will be any consequences of Emma sharing her heart with Hook? What do you think Gold is up to?

I will soon be publishing a post in which ONCERS can help us celebrate the 100th episode of Once Upon A Time so watch this space!