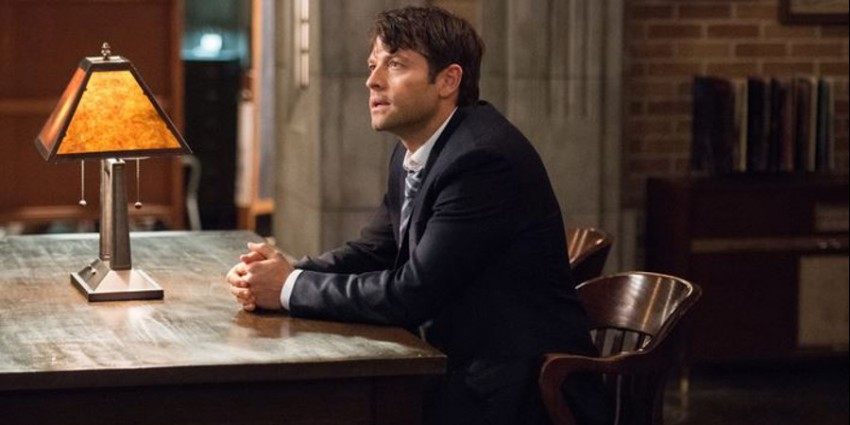 By: Diane Selburg
CW Supernatural on The CW TV Reviews

The Vessel meant the return of Casifer, which meant the return of Misha Collins pretending to be Castiel/Lucifer, all the while channeling Mark Pellegrino! I have been waiting for Sam and Dean to find out that Castiel let Lucifer use his body as a vessel, and it finally happened. I thought the title of the episode was brilliant, as it served two purposes.  The two ‘vessels’ in this case were a WWII submarine and an angel or two.

I always love when Sam or Dean time travel, because it feels like a little adventure. Who wouldn’t want to go back in time to see an historic event? I know I would not pick a submarine that would be blown apart by German forces, but they were on a mission to find an artifact that was touched by God. This artifact is most likely the only item that could kill Amara, God’s sister!

Delphine, a female member of the “Men of Letters” was taking the Hand of God (which turned out to be a piece of the Ark of the Covenant) to America and out of the hands of the German army. I loved how Dean just had to make a reference to an Indians Jones film with his “Full on Raiders” comment. The submarine was warded against angels, and one of the wards was tattooed onto Delphine. The only way it could be broken was for her to die, because the ward was attached to her life. 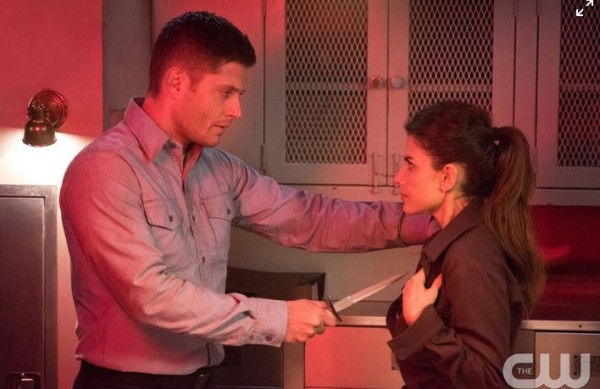 In the end, the weapon that he traveled to the past to retrieve, needed to be used in order to help Dean get back to his own time, and maybe help the submarine, ended up completely devoid of any leftover power from God, and was now just a piece of wood. They say you can’t change events that happened in the past, and this time was no different. The submarine, and everyone on board was still destroyed, and the weapon was rendered completely useless.  Dean didn’t gain a thing by taking a little trip to the past, things might have been altered a little, but the outcome remained the same.

I didn’t know how long Lucifer could (or would) go on pretending to be Castiel,because it was obvious he was bored,and ready to burst at the seams. I found myself laughing every time he went back into his “Castiel” impression, with the deep voice, and being completely serious. I kept wondering why Sam or Dean were not questioning the change in their angel buddy, and I wanted to yell “Wake Up” and see the devil you know all too well before you! I was glad to see that Castiel was able to take control of his body long enough to save Sam from Lucifer. 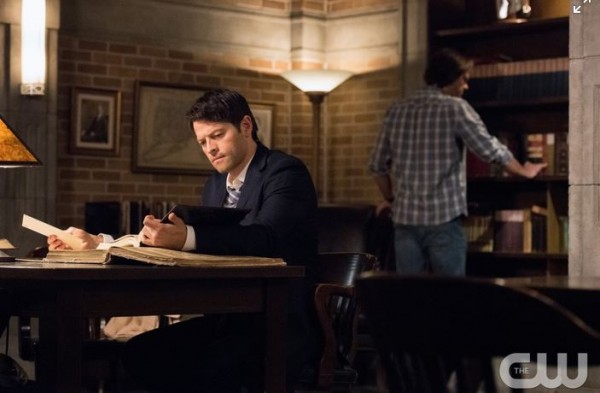 I don’t blame the boys for being disappointed in Castiel, because letting Lucifer out of his cage was not a very good idea. The brothers Winchester have been through their fair share of all things Supernatural, but I don’t think I have ever seen Dean look that low, and just plain down. I have seen different ranges of emotions coming from him, but this felt a little like defeat to me. Castiel is the one person (besides Sam) that he felt he could truly trust, someone that he knows definitely has their backs, and this must have felt like the ultimate betrayal. He is fighting this connection/attraction to Amara, and he knows that he most likely won’t be able to destroy her when that time comes.

I know that they boys will get through this, and figure out a solution, but it is hard to see them so down, and completely clueless as to what course of action to take next. Did anyone else feel bad for Crowley in this episode?  I never thought I would, but locked in a cage with a collar around your neck, and being called a dog is quite humiliating! You can get your revenge Crowley against Lucy, but remember not to harm The Vessel! What did you think of this episode? Sound off below!