I was disappointed last week, that’s true.   This week, we got back on track, and it was for the most part, a delightful episode. We got something in this episode that I wasn’t sure we’d see at all and that’s the appearance of the Wing Riders and their Rocs.  There were some liberties taken with Perk’s characterization, but at the same point, man it was so awesome to see them on screen.   They are some of the best parts of this book.

This is episode seven of ten, so we’ve got three episodes left after this one, and I have to say, the next three episodes are going to be a wild ride if they are anything like the book.   There was a lot that happened in this episode – some good and some bad.  The entire Elf-Hunter plot was unnecessary and seemed to distract from the other storylines going on in the episode.  The Elf-Hunters themselves left a bad taste in my mouth.   From their manner of dress and some of their mannerisms, it was very derivative of First Nations/Native American cultures and with their role as the villains of this episode, perpetuating negative stereotypes about these cultures. It was a very flat note in what was otherwise a good episode. There were other ways that the information needed could have been conveyed without resorting to something like this.  The Elf-Hunters are creations of the show, not of the book, there was no need for that kind of reliance on old, bad, appropriative tropes. 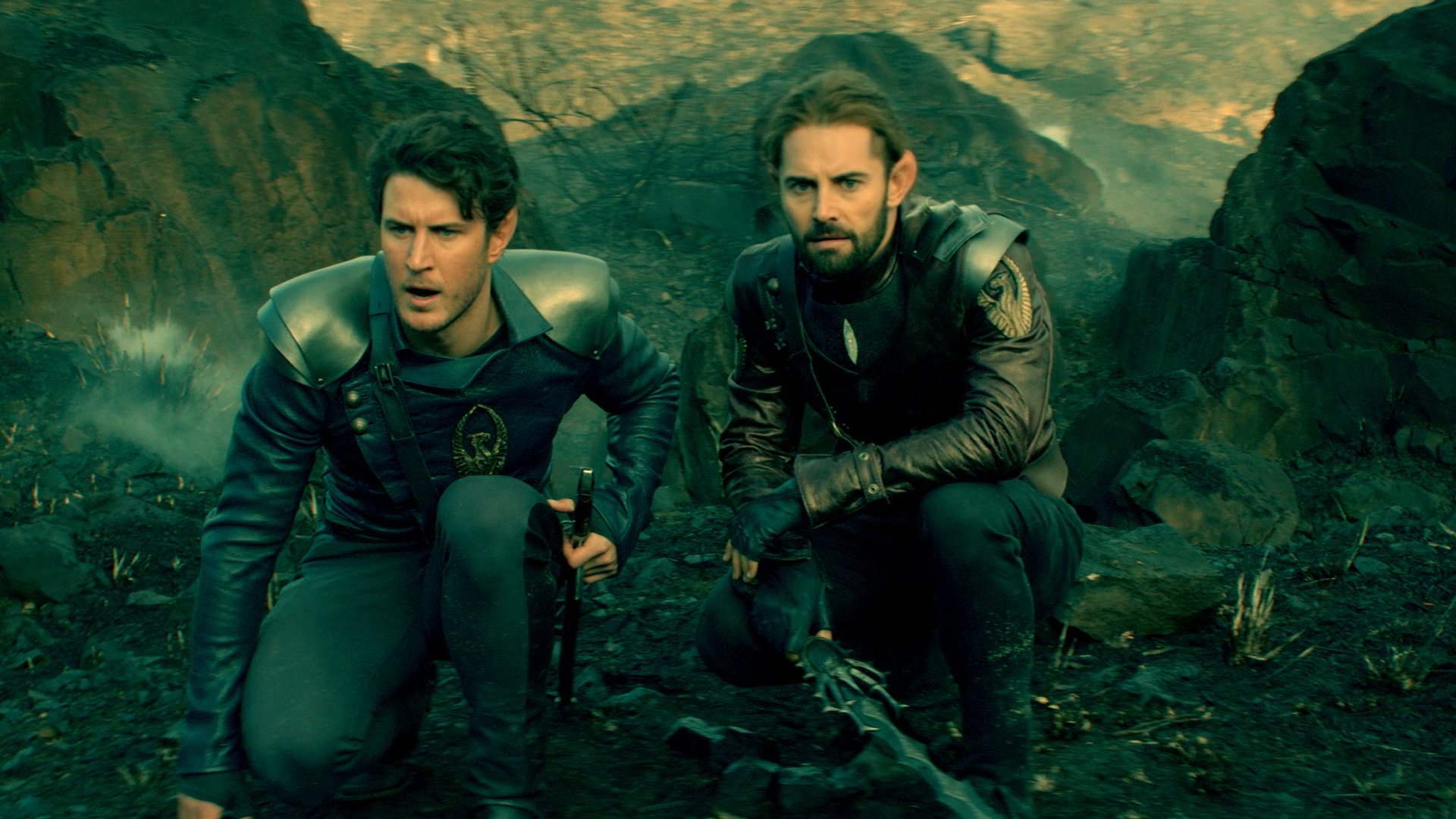 Apart from that,  we got some awesome Elessedil interactions. The royal brothers get sent out together on a mission to try and assassinate the Dagda Mor with the magic blade found in the last episode, encouraged by their “father.”  It’s a suicide mission and it’s acknowledged as such, but at the same time, neither one of the brothers feels confident in defying their father at this time.   Arion sees it as a chance to prove himself worthy to his father.  Ander, predictably is not letting another brother die, if he can do anything about it.

Allanon receives a pep talk from Bremen, his Druid father, as well as a shiny new staff.  Fully healed up and with a brand new focus, he’s ready to get back into the swing of things. Unfortunately, he doesn’t get there in enough time to save both brothers.   Arion falls in the battle against the Dagda Mor, but not before he and Ander have a chance to make their peace with each other.

The trio has been split up for most of the episode,  Wil is with Perk, helping to rescue his partner Genowen from the Elf-Hunters, and working some of his awesome healing mojo for the other Elf. 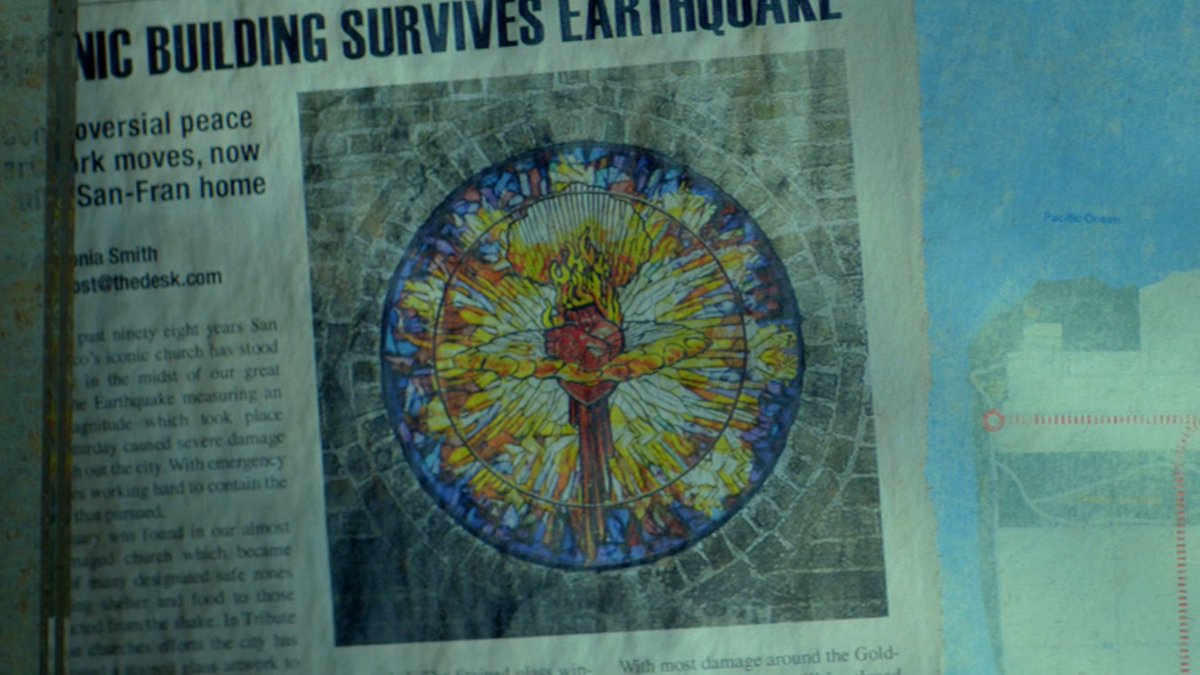 Eretria and Amberle are together, also running from the Elf-Hunters. They wind up falling into what is later revealed to have been a school assembly hall or gym, decorated for prom. The banner of “We Could Be Heroes”  is particularly heartwrenching, given the recent death of David Bowie.   I don’t know if that was added in after the fact or if it was eerily prescient of them, but either way, the impact was incredibly effective.   I had tears in my eyes.

The two of them bonding continues to be fantastic.  I love that they are showing us that these two can actually be friends and allies and have it be believable.

Falling into that time capsule, “preserved like a butterfly in amber” as Amberle says, turned out to be very fortuitous for them, as Amberle sees a picture on one of the bulletin boards as they are looking for a way out that resembles something in the visions that the Ellcrys sent her.  They are closer to finding the Bloodfire now.

Wil and Perk swoop in to save the day and rescue the girls in the nick of time before the Elf-Hunters manage to kill them.  Except something goes wrong, and Eretria winds up left behind with what looks like a nasty wound in her side.  Perk leaves them with a whistle in case they ever need him again and they’re off to go find their Rover and the Bloodfire (possibly not in that order). 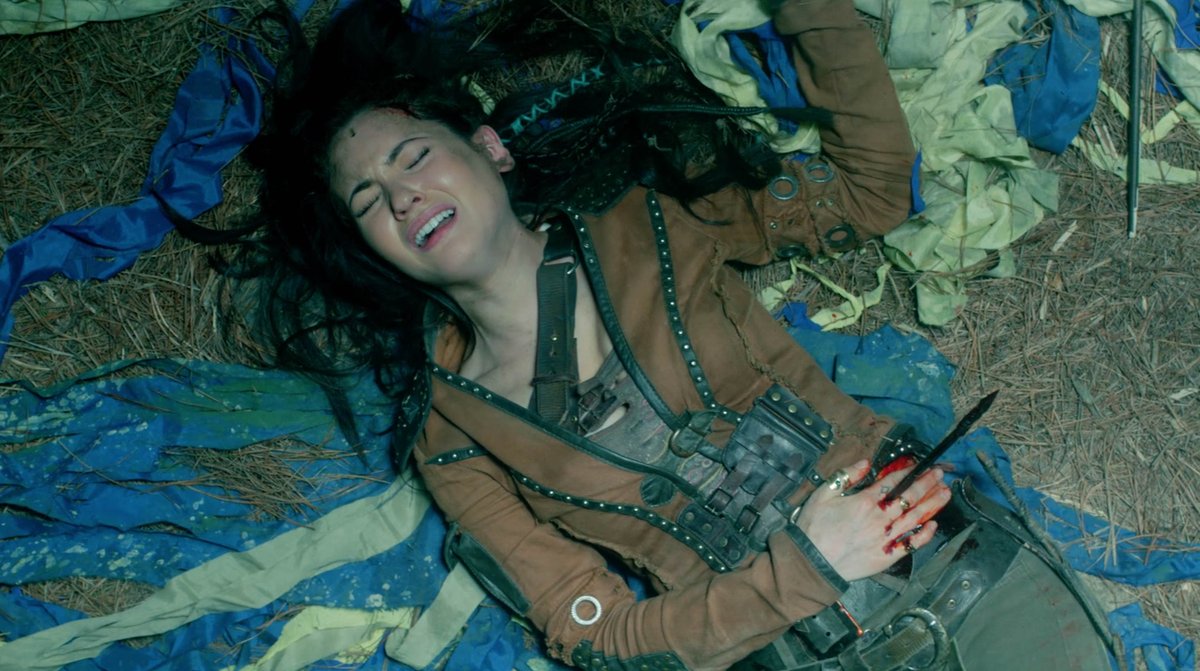 Back in Arborlon, Ander returns with Allanon and finally takes care of the Changeling for once and all this time.   The King is dead. Long Live the King.   I’ve been waiting for this to happen for a while now, and I wasn’t disappointed.  It was a better end for the brothers and I like Arion’s heroic end here.

We’ll see how Ander handles the fallout of everything next week, in addition to hopefully getting to see what happens with Eretria, finding the Bloodfire, and Bandon waking up finally (and if that’s a good thing or a bad thing).