Picking up from where we left off with last week’s episode, Utopia, episode eight in the ten episode first season of the Shannara Chronicles begins with Eretria winding up in a strange human settlement in the middle of troll country in the Wilderrun. 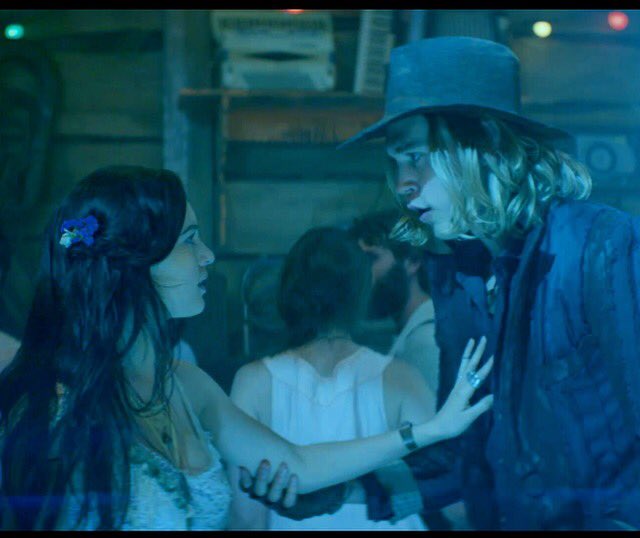 Amberle is adamant that they find Eretria, willing to throw everything else out the window, and Wil has to remind her that she still needs to stop and eat.  Her motives for this are a little suspect, since Eretria also still has the map to Safehold as well, but I’d like to believe that it’s not purely mercenary on Amberle’s part.

As they’re tracking Eretria, they come across Cephalo (again) this time as he’s trapped in one of the snares that the trolls have set out in this forest. 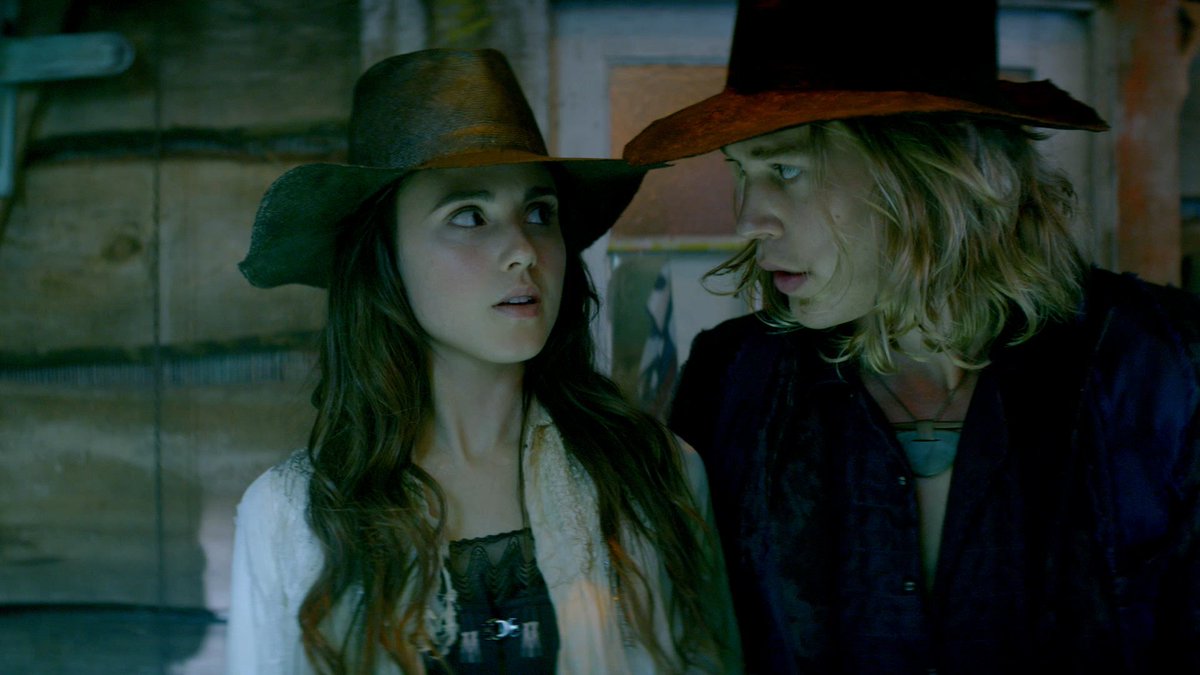 A deal gets made and Cephalo leads them over to where Utopia is. While all that’s been going on,  Eretria has been getting introduced to the people and their way of life –  it’s interesting the amount of dead world tech that still functions at that point. There was a moment where a clip from Star Trek played and Spock got booed (presumably as his Vulcan ears gets mistaken for Elven ones) which was hilarious.

The party winds up with Eretria coming to the rescue of Wil and Amberle who are tied up and being offered up as a tithe for the trolls to maintain the peace and tranquility of their village. Cephalo stays behind to sacrifice himself so that the three of them can get away and actually head to Safehold. 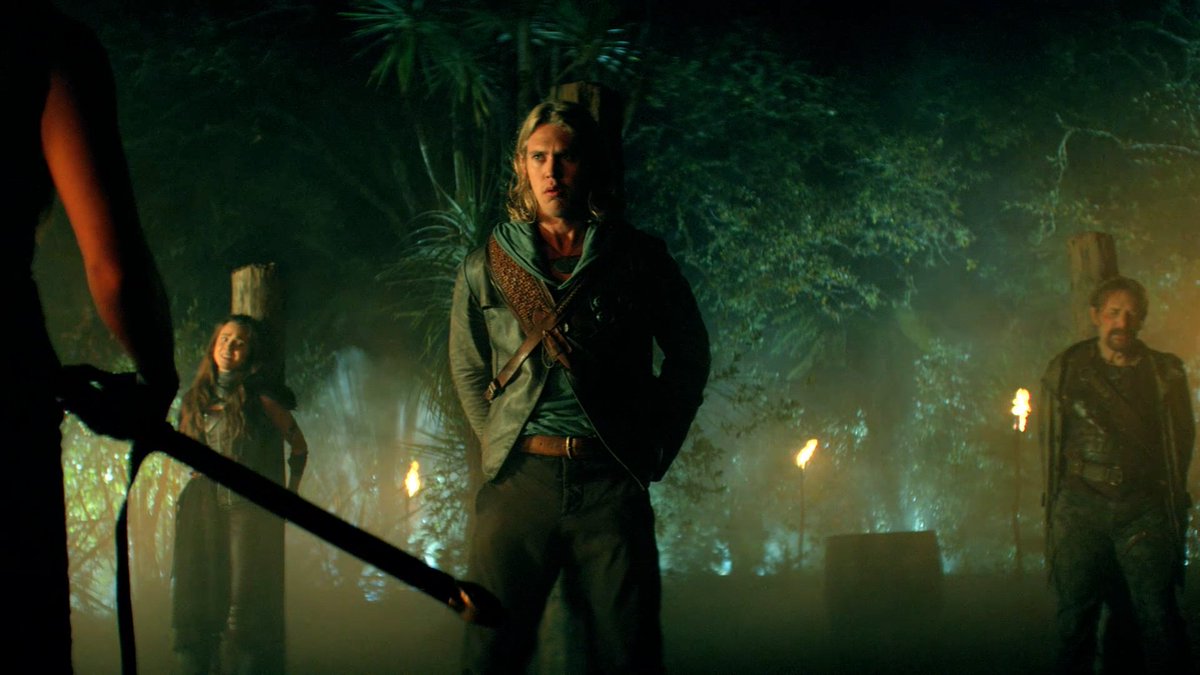 Overall, this was another fluff episode full of a lot of unnecessary elements – the only great part of this episode was seeing Ander rise to the occasion and accept the throne and its responsibilities.   He’s finally come to be the Elf I know from the books and it’s been amazing to watch his transformation.  The conversation that Allanon has with Bandon about possibly being the next Druid also left me a little cold.   Bandon’s a decent dude, but it makes me wonder about the plans for any following seasons because the line of Druid succession is pretty clear in the books and he doesn’t feature in it.

The next prospective Druid? Taken from MTV Shannara Twitter (@Shannara)

Another thing that’s been bothering me, because it’s a consistent trend I’m noticing is the fact that we keep being introduced to female characters only to have them killed off in that same episode. The same cannot be said for the men, who all get two or more episodes before they are killed off.  It’s a very worrying trend for the show and I hope it doesn’t continue.

Cephalo’s end was something I will admit I was looking forward to, he’s a terrible character in the book and his character in the show took a step farther in some respects.  I don’t like the heroic end for someone who has been shown to be a lying backstabbing abusive rapist on screen. I sort of resent the attempt to redeem him in the audience’s eyes, he’s not apologetic about anything he’s done. You can’t have redemption without remorse and a sincere desire for atonement.

Next week, we finally get to Safehold and the Bloodfire!  The epic quest is almost at an end.  I’m excited to see how they wrap it all up in 2 episodes.  There’s still a lot of ground, both literally and metaphorically to cover here. 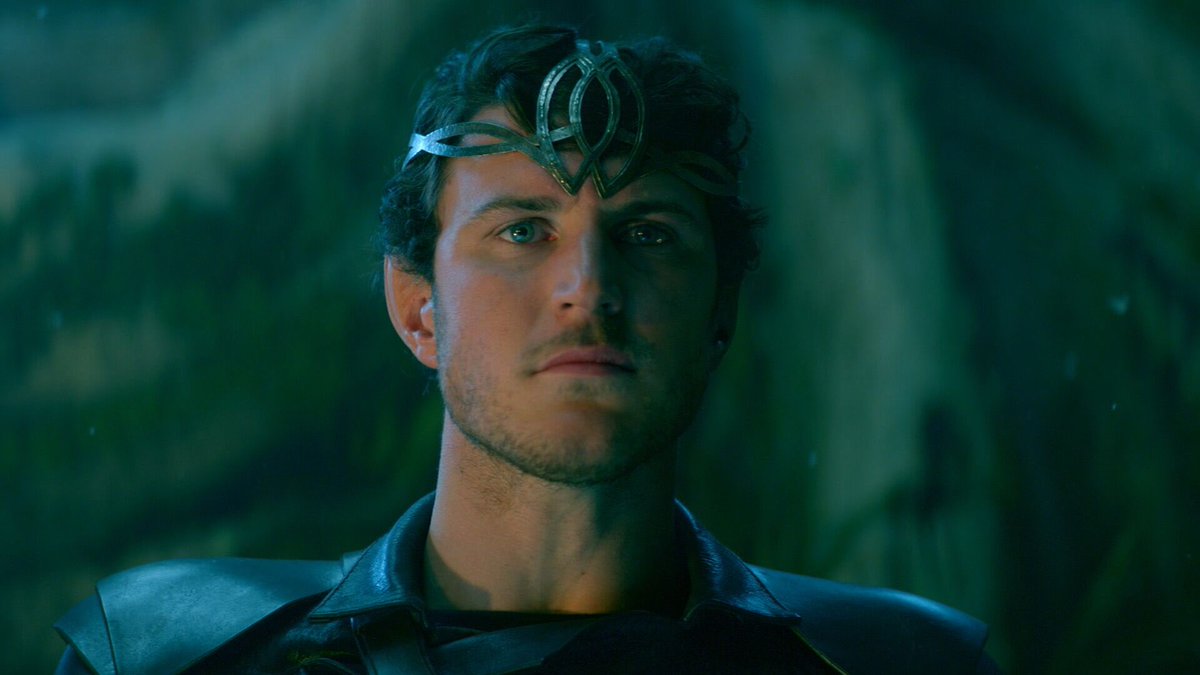 All Hail The King – taken from Aaron Jakubenko’s Twitter (@AaronJakubenko)