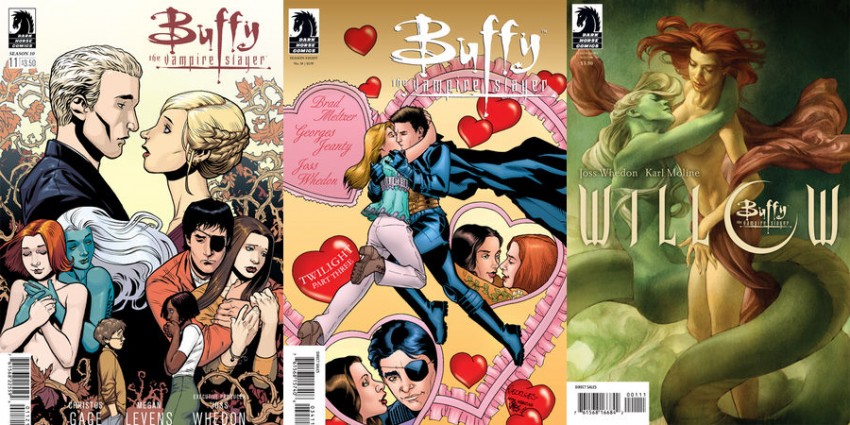 If you were an avid watcher (see what I did there?) of Buffy and Angel back in the days you should be well aware that most romances in the Buffyverse tend to end up properly shredded to bits in a hell dimension. Well since moving over to the comic world things haven’t changed that much. As it is Valentine ’s Day today and everyone loves a good old listicle, I thought why not make my top 5 list of romances in the Buffyverse season 8-10, so here goes

5. Amy and Warren
Right I guess if you never read the comic, you are in for a spoiler here( and yes there will be plenty more of them in the rest of this too), yeah Warren is not dead, or well he kinda is now, but he wasn’t for season 8 anyway. We found out that the rather naughty witch Amy had snuck out and followed Willow to where she had killed Warren in to the woods and put Humpty-Warren back together again. Warren was still a skinless prick and Amy a brooding magic abuser, so I guess you can’t call their love story very epic nor beautiful. 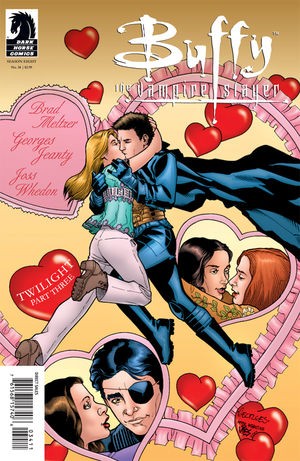 However the two managed to be a thorn in Buffy’s side during season 8 where they had aligned themselves with the mysterious Twilight. But when all magic disappeared from earth in season 9, this meant the magical glue that kept Warren in one piece failed, and he died again. This caused Amy to approach Angel to try to resurrect Warren again who’s remains she kept in a jar (ewww true love can be so yucky at times) the plan backfired when her magic turned against her, and made her turn into a rat again.

4. Buffy and Angel
Ok buckle up kids I am going to give you the executive summery on the romance between these two former lovers which was all due to an entity called Twilight. Twilight was a yet unborn new dimension who Watchers had been reading about in prophecy’s connected to the slayers for years. One slayer would be able to bring forth Twilight to be a real thing. This slayer of course turned out to be Buffy. In series 8 she started to have some almost godlike powers such as flight and being faster than a speeding bullet. This was because of the power of Twilight. The entity itself had meanwhile convinced Angel to work with him to lead an army against Buffy, Angel didn’t want to at first, but gave in eventually. After killing shedloads of slayers the Twilight crew and the Scoobies finally came to clash where Buffy unmasks Twilight as Angel. She tries to kill him, but instead the two of them gets transported away, where they give into temptation. Their romp makes Spike and Buffy’s crashing down a house whilst boinking seem very vanilla as they do it flying through the sky crashing into mountains. The post coital bliss is brief as their act has made the Twilight entity give birth to itself and created a new dimension. Angel wants to stay here forever whilst Buffy wants to go back to earth where the creation of Twilight is causing (yet another) apocalypse. Said and done, Buffy rushes to earth where she finds a magical seed can stop all the bad things happening if she smashes it. Angel possessed by Twilight tries to stop her, killing Giles who was also trying to 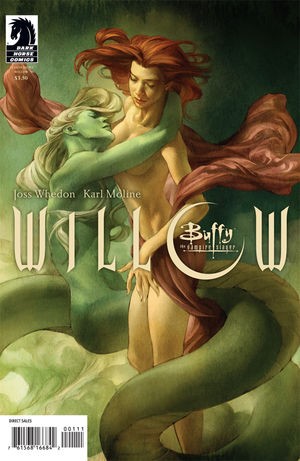 destroy the seed. Buffy destroys the seed which causes all magic on earth to stop and things between her and Angel got a tad bit frosty after this.

3. Willow and Aluwyn
After season 7 you would have thought that Kennedy and Willow rode happily into the sunset, but this wasn’t really the case. While they were having issues, Willow had through astral projections met a snakelike sorceress called Aluwyn. She functioned as some sort of spiritual guide for Willow and the two become lovers. Aluwyn was a bit of a trickster and you don’t really know where you have her. Once Buffy destroyed the seed that was in charge of all magic on earth Aluwyn was desperately trying to find a way to make Willow come back to her dimension. At one point she opens up a portal to bring Willow into a world Aluwyn created called Wonderland(creative huh?). Willow stays in this world for a long while, enjoying her sexy time with the snake rather a lot. But at one point she understands that earth needs her to help restore magic and she can’t hang around in Wonderland anymore. The two part ways, but got reunited once the magic was up and running again. However Willow eventually realizes that a trickster is always a trickster and she can’t really trust the seductive serpent and she breaks up with her, leaving Aluwyn rather angry. 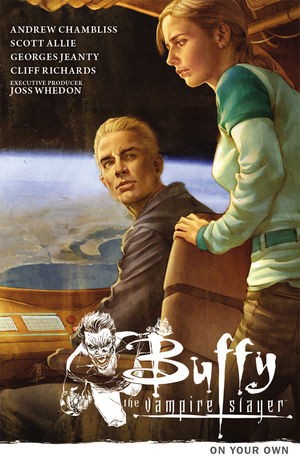 Hot damn, why am I not naming Spuffy the number one romance? Well I am kinda asking myself the same thing, they should really, I mean come on, I have been rooting for these crazy kids to get back together all through season 7-10 and when it finally happened in season 10 I was air punching and doing happy dances all over the place.
You know their story, Spike lusted after Buffy, the two ended up having a rather dark relationship, Buffy ended it, Spike tried to rape her, then ran off and got himself a soul. Season 7 left the two very close, but not much more than this. Finally in season 10 after working together side by side being extremely close Buffy decided that actually it was worth a shot. Their relationship this time around being rather differently from the house demolition like passion they shared, into a deeper more understanding and comforting togetherness. Their romance is ongoing in season 10 at the moment, but even if they are very strong together and Spike having even declared that he would want to have normalcy with Buffy, this is a Whedonverse comic so I am expecting it all to end badly. But let’s enjoy it while it lasts!

1. Dawn and Xander
Ta-da, number one in lovey-dovey- mush land Dawn and Xander. Why? Well these two have been through so much together and just make a perfect match. Already back in TV Series land did magical key Dawn have crush on Xander. Once we moved on to series 8 things were a bit more complicated. Xander was dating one of Buffys slayer’s that ended up killed in battle and Dawn had been cursed by an ex-boyfriend she had cheated on which had made her turn into a giantess…and then a centaur. Dawn and Xander grew close and he was the one person she told about all of her 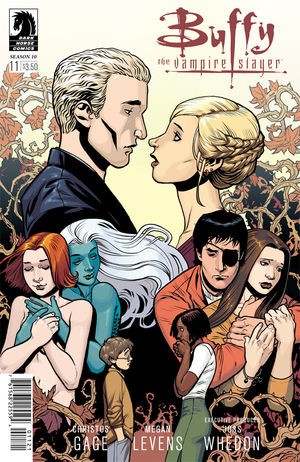 misfortunes with the ex-boyfriend. Meanwhile Buffy had started feeling rather keen on Xander herself and when she went to tell him, she witnessed a passionate kiss between Dawn and Xander. When confronting Xander about what she had seen and her own feelings, Xander told her that he was in love with her sister. During the battles with Twilight the two decide that they will move in together if they survived the ordeal.
In series 9 the two are living together in San Francisco but the domestic bliss is rather short as Dawn is starting to get very sick, eventually falling into a coma. The Scoobies figure out that because Buffy smashed the seed that controlled magic on earth, and Dawn being a person-who-used-to-be-a-magical-key is slowly ceasing to exist due to the lack of magic. Xander lashes out at Buffy blaming her for destroying the seed and causing the whole twilight thing to happen in the first place because of her horizontal tango with Angel. He doesn’t stop here, as when he gets contacted by a rouge slayer and her accomplice who have a weird and wacky plan which entails turning back time to before the whole Twilight thing happened he agrees to help them and thus betraying Buffy. He eventually comes clean causing a huge fight between him and Buffy all while Dawn is barely hanging on by a thread. But then Willow finally restores magic to earth and Dawn is saved, you would have thought you could have started saving up for a hat for their wedding…but no. The magic on earth is very different to the seed magic and Dawn has somehow become reset to who she was when she was created in the first place. So even though she has all the memories of being together with Xander, she hasn’t got the feelings for him developed (yet we hope). This is heart breaking for Xander and he has been struggling a lot in season 10. All we can do is hope that he will be Dawns friend rather than pressuring her into something she doesn’t want because she feels guilty and maybe those feelings will come back, as these two should be together!

So there you go, this is what I think, do you agree? Or are you perhaps listing Andrew’s coming out crush higher, or think that Buffy’s romp with fellow slayer Satsu should have made the list? Let us know!