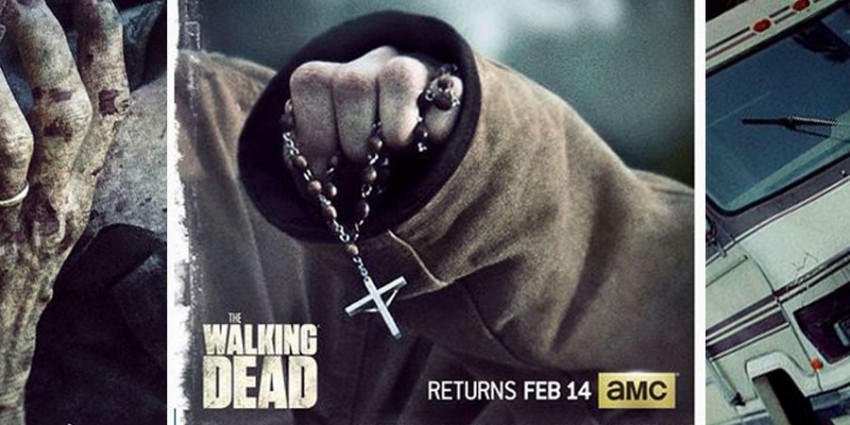 The Walking Dead ‘A Look at S6 Return and Photos!’

Lauren Cohan recently gave her insight into Glenn and Maggie reuniting in the second half of season 6. As we all know, they have been separated for quite some time, after Glenn left to help herd the walkers away from Alexandria. The whole ‘death of Glenn’, (NOT!), transpired back in the first half, and Maggie knows that he survived, because of the green balloons. Lauren says: “We have put the couple through the ringer in terms of separating, then promising they’ll never leave each other’s sight again, and now they’re in the ultimate separation over this sea of walkers. The reunion is going to be somewhat overshadowed by a lot of other darkness. I think I can say that much. Because they have found each other and just in time to sort of help everybody else in this huge battle that’s continuing. They’re completely underwater right now. We’ve had both of them at the absolute cliff edge of danger and death.”

And how did the upcoming finale of season 6 make her feel? “[Hearing] the word ‘finale’ gives me a physical reaction because it’s the hardest day on set that I’ve ever had in my life,” says Lauren Cohan with a sigh. “I never even imagined that as an actor you could have that experience. It’s one of the most raw experiences that I think any of us have ever had. Andy talks about being late to work; I didn’t want to go to work that day. It took a really, really long time for everybody to feel okay again after the finale, let’s put it that way.”

In other news Greg Nicotero recently told EW this, “The first half of the season we introduced the quarry and the fact that the walkers had escaped from the quarry, and then we followed our group through all the trials and tribulations of trying to get back to Alexandria, protect Alexandria, and protect each other. And episode 9, basically, takes all of these various storylines and slams everything together in an epic man against the undead battle that is unprecedented in the history of The Walking Dead. The record that we had established in episode 1 of Season 6 will already be broken in this episode in regards to the number of walkers and the number of kills. It’s the action movie version of The Walking Dead. With reshoots and with additional photography and things, I think we were over 1,300 walkers for the episode.”

So is it safe to say that this will be one hellava episode? Smash ’em, trash ’em, hack ’em up kind of action? I am getting so excited to see the episode, I’ve been having nightmares for a week!

And how bad will the finale of season 6 be? Andrew Lincoln said this; “I felt sick to my stomach when I read the script. It was the first day in the whole six years of working on The Walking Dead that I was late for work because I woke up in the middle of the night and I couldn’t get back to sleep. I was so angry and frustrated and I felt sick. And that was just after reading it.”

I can also boast about the new photos from episode 9, courtesy of EW’s article. I can’t wait! 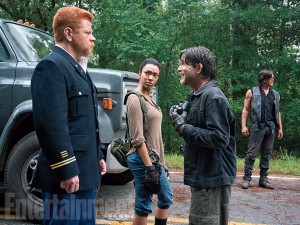 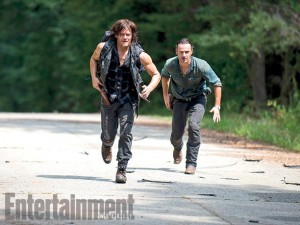 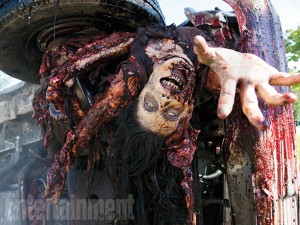 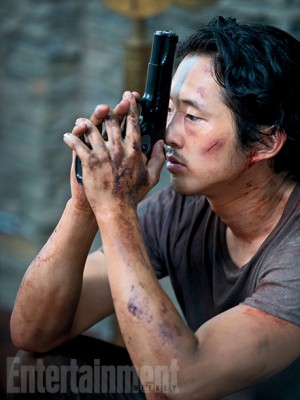 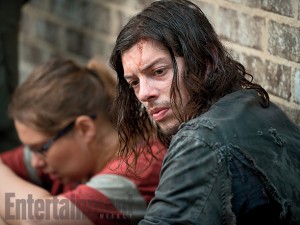 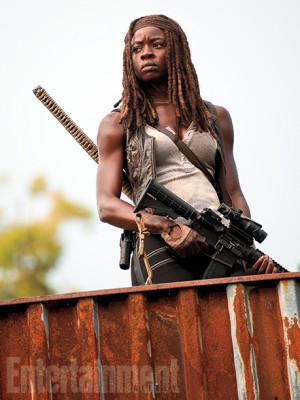 And EW is releasing collector covers for this week! 6 of them! Here they are. 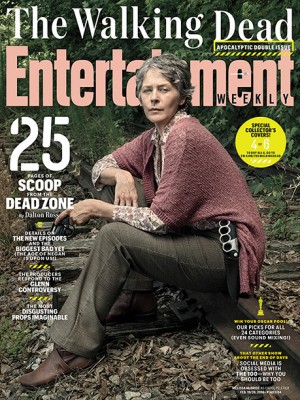 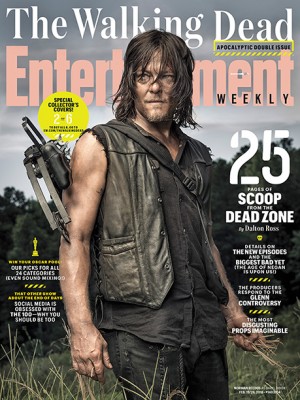 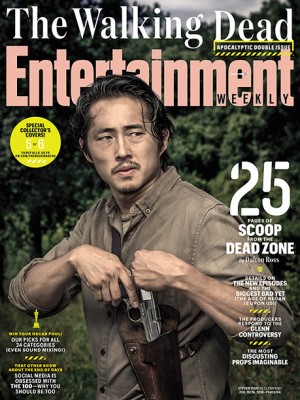 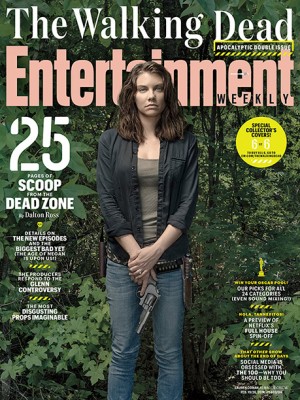 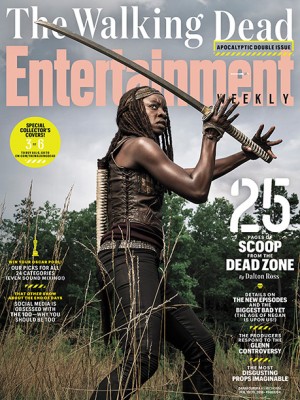 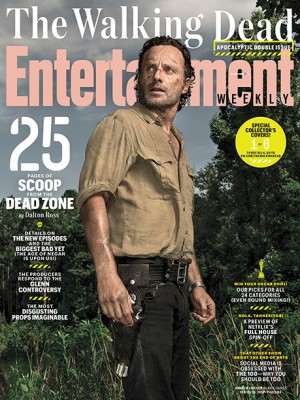 EW did a wonderful job for the covers! Photos taken by Dan Winters. Read the full article here. You can purchase the 6 collector covers right here and you can subscribe to them here.

The cast and crew of The Walking Dead talk about what fans can look forward to in the second half of Season 6.

The Walking Dead returns on February 14th on AMC!