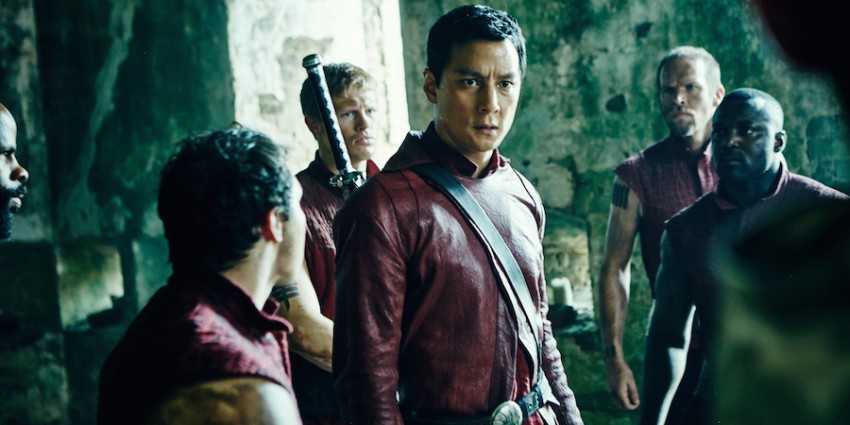 AMC Renews ‘Into The Badlands’

AMC IS GOING BACK “INTO THE BADLANDS”

NEW YORK, NY – March 8, 2016 – AMC announced today that it has renewed the acclaimed martial arts drama “Into the Badlands” for a 10-episode second season, premiering on AMC in 2017. The show delivered the third highest-rated first season in U.S. cable TV history and scored with critics and fans for its immersive world and the artistry of its elaborate fight sequences.

“With its deep dive into authentic martial arts, the visually stunning ‘Into the Badlands’ proved to be unlike anything else on television,” said Charlie Collier, president of AMC, SundanceTV and AMC Studios. “Co-creators and showrunners Al Gough and Miles Millar, along with a talented team of producers, cast and crew, brought us an artfully crafted series. We’re eager to return to the world of barons and blades and spend even more time with these compelling and evolving characters across an expanded second season.”

“We can’t imagine any other network bold enough to embrace a show like this,” said Gough and Millar. “We are incredibly grateful to Charlie, Joel and the entire AMC team for taking this leap of faith with us and we look forward to continuing the journey into the Badlands!”

Simultaneous to its U.S. launch, AMC Global will premiere season two of “Into the Badlands” within minutes of the U.S. broadcast. AMC Global premiered season one in 125 countries simultaneous to the AMC U.S. premiere, and the series achieved record-breaking performance in key markets.

“Into the Badlands” stars Wu (“Tai Chi Zero”) as Sunny; Marton Csokas (“The Lord of the Rings: The Return of the King”) as Quinn; Aramis Knight (“The Dark Knight Rises”) as M.K.;  Oliver Stark (“Luther”) as Ryder; Emily Beecham (“28 Weeks Later”) as The Widow; Orla Brady (“Dr. Who,” “Fringe”) as Lydia; Sarah Bolger (“Once Upon a Time,” “The Tudors”) as Jade; Ally Ioannides (“Parenthood”) as Tilda; and Madeleine Mantock (“Edge of Tomorrow”) as Veil.