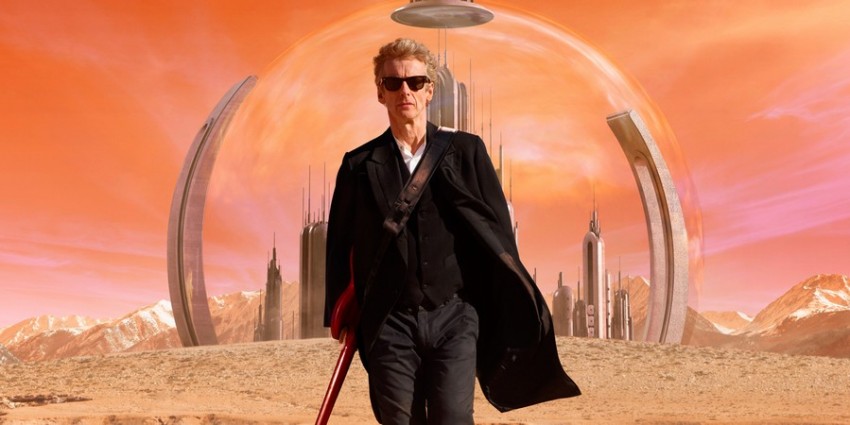 BBC Wants Peter Capaldi to Stay With “Doctor Who” After Moffat Departs, but Will He?

When original new-Who showrunner Russel T. Davies left Doctor Who, David Tennant followed suit, much to the dismay of fans.  And understandably so.  The show had only recently returned to television in its new incarnation and suddenly it was fraught with upheaval on both sides of the camera.

While everything worked out and the show remains successful, all those changes at once were reasonable cause for concern.  Thankfully, our favorite show has continued down a positive path and barely skipped a beat during the Great TARDIS Hand-Off.  Now, we may be faced with a very similar situation, but there is some hope.

According to the Radio Times, the BBC have asked Peter Capaldi to remain on as the 12th Doctor once Chris Chibnall has acquired the TARDIS keys from departing showrunner Steven Moffat.  For his part, Capaldi is pretty straightforward about the situation, stating, “I’ve been asked to stay on, but it’s such a long time before I have to make that decision.”

And he’s absolutely right, as usual.  With no new episodes of Doctor Who airing in 2016 save for the Christmas Special, he’s got a long time to think about what he wants to do with his future.  As a lifelong fan of the show and as someone who’s particularly fond of Peter Capaldi’s Doctor, and of the actor himself, I would be over the moon if he signed a 10-year contract to remain with the series.

This may be my fanboy speaking, but I have every expectation Capaldi will stay with the show for at least a year once Chibnall takes over.  After that, if he’s still having a good time, I wouldn’t be surprised if we see him continuing his adventures in time and space for a few more years.  At least that’s what I hope will happen.  To know what’s really going to happen, however, we’ll have to wait here in our stupid linear timeline until that time comes to us, rather than us going to the time like a proper Gallifreyan.

For the full article, click on over to the Radio Times article.

Doctor Who won’t return with new episodes until Christmas 2016