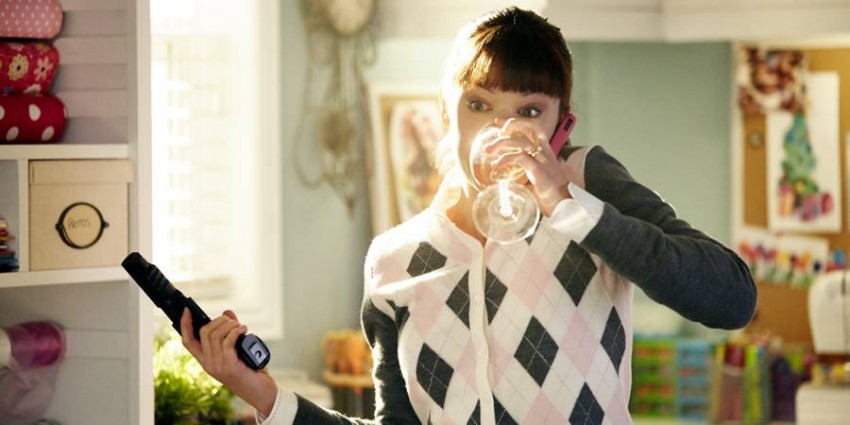 If you had any concerns that Orphan Black‘s fourth season might not live up to the crazy legacy of the first three, I think the image above is all you need to calm you down.  Alison in her craft room drinking wine and holding a pistol is the perfect embodiment of the beautiful insanity we’ve come to love and expect from the show.  The best part is we won’t have to wait very long to enjoy more nuttiness and crazy conspiracies with the season 4 premiere barreling into our lives on Thursday, April 14th at 10/9c.

Today, BBC America released fourteen deliciously demented pictures from the fourth season that will have you reaching for your own glass of wine and maybe a hot glue gun.  The new pictures also tease what’s ahead.  You’ll get a glimpse of new character Dizzy, described as “an edgy, self-relient hacker who doesn’t conform to group mentality.”  While that sounds a lot like countless boilerplate “hacker” characters that have appeared on television, we know from experience that Dizzy will break the mold.  The writers are too good at crafting enjoyable, oddball characters to give us anything less than another memorable personality.  And in case you didn’t get enough kinky interrogation and whatnot, the incomparable James Frain will be back as Ferdinand!  Oh, and Art has a daughter.

If you missed the trailer from a few weeks back, be sure to check out Orphan Black: New Season, New Night, New Trailer!

Season four of the drama will see leader-of-the-pack, Sarah, reluctantly return home from her Icelandic hideout to track down an elusive and mysterious ally tied to the clone who started it all – Beth Childs.  Sarah will follow Beth’s footsteps into a dangerous relationship with a potent new enemy, heading in a horrifying new direction. Under constant pressure to protect the sisterhood and keep everyone safe, Sarah’s old habits begin to resurface. As the close-knit sisters are pulled in disparate directions, Sarah finds herself estranged from the loving relationships that changed her for the better.

Enough prattling on about how much we’re all going to enjoy season 4, let’s get to some pictures! 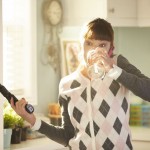 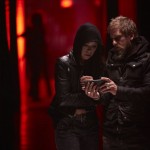 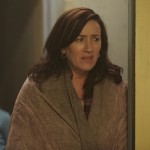 Mrs. S in distress. Or is it just gas? (Image courtesy BBC America) 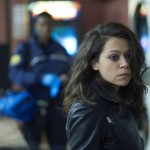 Sarah being all Sarah-y and stuff. (Image courtesy BBC America) 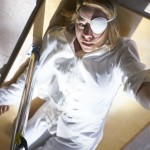 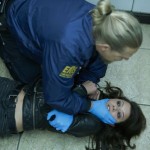 This guy might be with EMS, but I doubt Sarah’s going to go quietly. She never does. (Image courtesy BBC America) 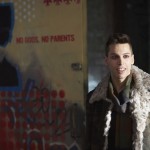 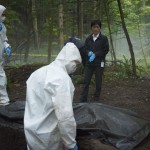 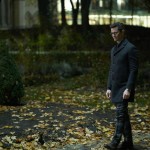 If Ferdinand is near, things will probably get strange(r). (Image courtesy BBC America) 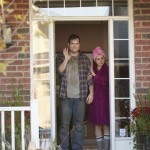 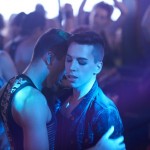 Felix finds a friend. Will there be benefits? (Image courtesy BBC America) 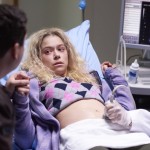 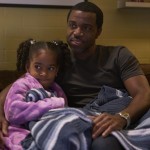 Seeing a new side of Art as a family man. Cute kid! (Image courtesy BBC America) 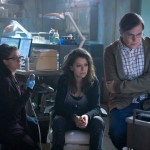 I’m pretty sure Cosima’s holding an ultrasound wand, but this is Orphan Black so it could be anything. (Image courtesy BBC America)