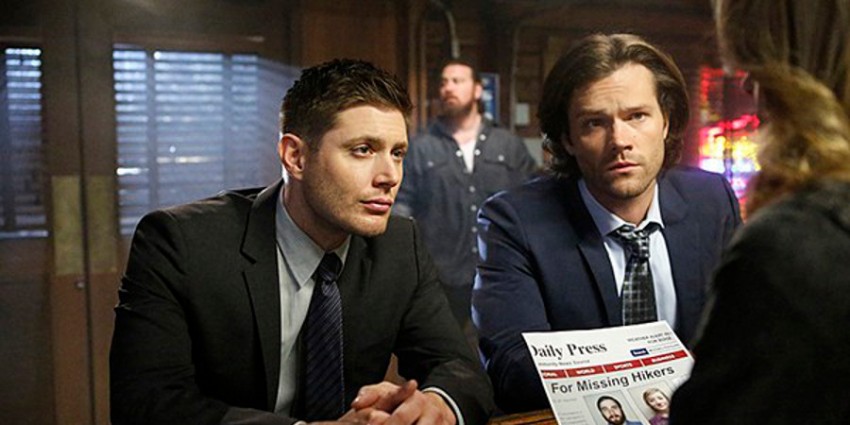 This show still manages to tug at my heart strings, any time that one of our boys appears to have died in ANY episode. Red Meat had me wondering if this was going to be the episode that one of them died for real. This episode should have been entitled Dead Meat, because one of those boys was certainly going to be just that.

We all know that the Winchester brothers will always sacrifice themselves to save the other, but I really don’t think it is a good idea anymore, because the Reaper is straight up serious in reaping them the next time they die. She will make it happen for real, and Dean took a huge chance trying to bargain with her. It is a good thing Sam wasn’t dead, but Dean put a lot of faith in that doctor bringing him back to life in time. If Sam had actually died, the Reaper would have taken both our boys, and his overdose would have been for naught!

What a way to start the night. #Supernatural pic.twitter.com/qBmxJS5gE8

This episode really had nothing to do with the main plot, but it was super heavy with emotions. It is a testament to how attached we fans have become to these two characters, that every time they are in danger of dying, we have the same pained reaction each and every time. You know that they are not going to die like that, and certainly not yet, but it doesn’t stop the initial shock, and pain. I meant there is still work to be done for these two, you know, saving people,hunting things, stopping the darkness, and saving Castiel! It is because of the amazing job that Jensen Ackles, and Jared Padalecki do in each and every episode, giving 110% all the time. Kudos!

I know that there was a lot of other stuff that went on in this episode, but the scenes with Sam and Dean took precedent in my mind, and it  was a nice reminder of how far Dean would go to save his brother. The different ways in which these two would sacrifice themselves for the other, is amazing. They both would die for the other, if they had to, but Sam is beyond going the route of the past, I think, because he knows it never went as planned. I don’t think he would be making a deal with any devil, unless he knew it was fail-proof.

What did you think of this episode? Sound off below!