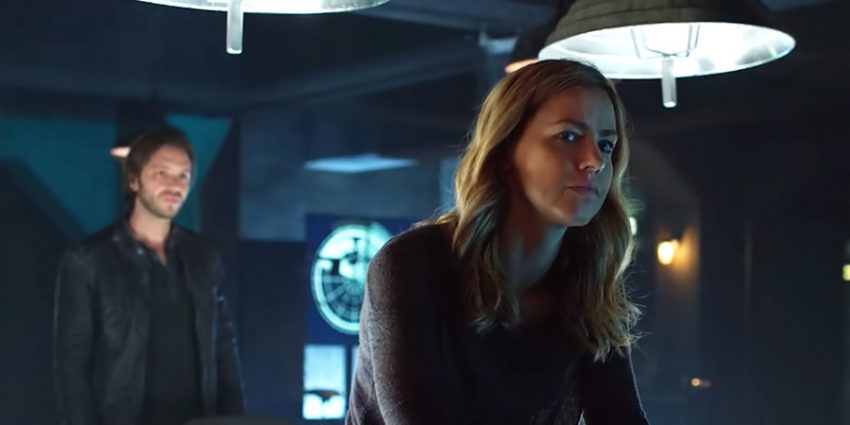 We get to see a role-reversal this week as Cassie and Cole trade places from where they both started a season ago. Who would have thought Cassie could become as cold an operator as Cole was in season one, but here she is, dual-wielding the semiautomatics, after head-shotting three 12 Monkey goons. This week’s episode is all about a keyword Cassie lets hang in the air for a second during her opening monologue: Metamorphosis.

Think back to the first season when we first met Cassie. She was a respected specialist in virology with connections to the CDC and friends in her field all over the world. Her fiancé may have been a douche, but her life was headed on the track she had laid out for it. Then, Cole happened to her. Her re-orientation to how things really are began when she got her dad’s old friend Jeremy iced and sprinkled with flowers just for trying to help her solve the “Leland Frost” connection, but it didn’t end there. Weekly, she was exposed to deeper and darker layers of the madness surrounding the Army of the 12 Monkeys, but by and large, she kept her positive outlook. She was committed to the cause, but still capable of smiling.

Now, she’s had enough time in 2044 to absorb how much things suck. Sure, she’s obviously been able to forage enough shampoo and moisturizer to look as beautiful as her 2015 self, but eight months of hanging around with Jones and Deacon in 2044 has all but rewritten her personality. Since relocating to the future, she’s gone on runs and raids, shot scavengers, and probably learned to hate the future enough to want to change it all by herself if need-be. Her perspective is altered to the point where she is ready to abandon Cole in 2016 as an emotionally compromised lost cause. (Jones must be taking pity on the re-educated Cassie by not pointing out to her it was Cole’s own emotional compromise regarding her that drew her so deeply into the mission.) If there were ever any romantic angle building up between our two leads, it’s going to take a lot of rebuilding to get that going again. 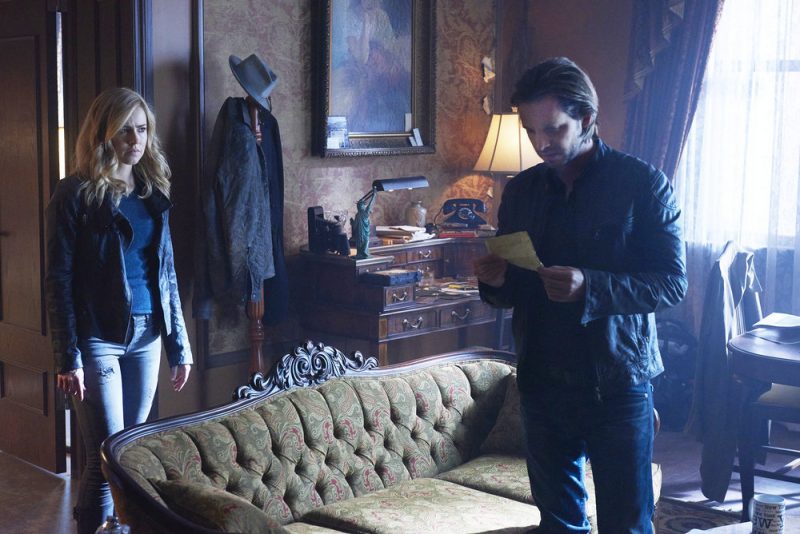 Jennifer’s life is pivotal in deciding how the future plays out. Cole manages to spare her life and destroy the current batch of plague virus, but a major remaining question is whether she has to die in order to fix the future or not.

The Chinese New Year rooftop Mexican standoff was supposed to be the point when Jones, Cassie, and the rest for whom times flows around them, would find out how pivotal Jennifer is to the future because Cassie was sent there to kill her. Although Cole negotiated a way which kept Jennifer alive and still resulted in the destruction of the virus, their actions only delayed the virus’ destruction of the world’s populace. The future was re-written where there was a larger group of survivors, but the change was incremental. The conditions under which Jones’ team live were largely unchanged, for instance.

Olivia had drilled into Jennifer’s mind that her purpose was to end the world with the virus. Since this was the first time we’d seen a future re-write (I’m not counting that time Cole came back and One-eyed Ramse was in charge of the installation because we didn’t see it happen), I get the sense the home-team is on the right track. Since the resulting change was small though, something still released the plague. Jones asserts the time-traveling Messengers from last episode could be to blame, but I wonder if Jennifer’s purpose keeps embedding its way into the path the future follows. Another way to say it is: she can’t NOT be involved. Whether the Olivia in the Army of the 12 Monkeys drags her back in or the Olivia in her rascally little brain is the driver, Jennifer’s involvement is far from over.

One ingredient in her crazy stew I didn’t quite buy was the romantic connection to Cole. She was babbling, babbling, and then bang! She starts in with some business about being with Cole and how Cassie doesn’t really want him anyway before kissing him. Whether Cole isn’t interested or just confused by the babbling, the mouth-agape, stunned silence Cole returns to her shuts her down and I’m glad the kiss was over before it started. It felt -ooky- to watch. Jennifer feels more like a damaged younger sister in need of brotherly protection than a viable love-interest for Cole. 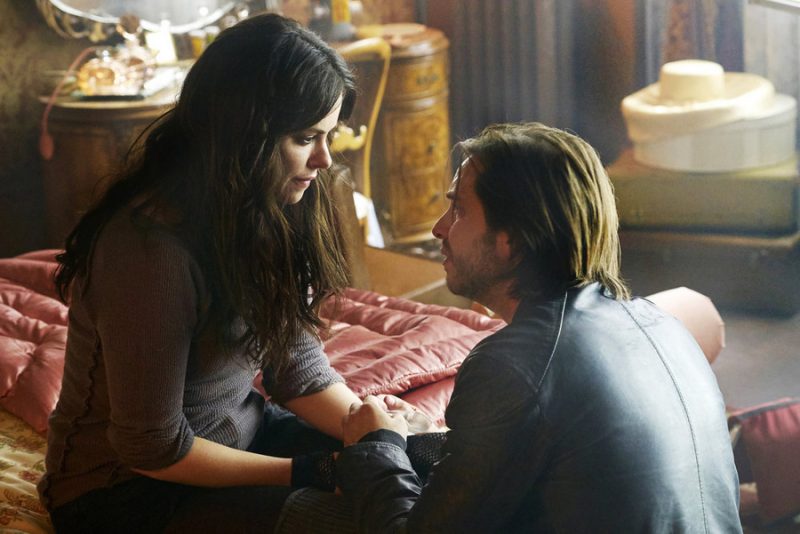 Cole began the series much as Cassie exists now: a single-minded operative with a clear mind and vision of how to proceed. If a given person is in the way of the mission, kill them because one life is not more important than seven billion and they are most likely dead from the plague soon anyway. Now, their roles are reversed. Rather than taking the simpler route to a plague-free future and executing Jennifer, he spared her life. Could killing Jennifer have changed the future for the better? Viewers know the action he took resulted in -a little- better future. Cole, however, didn’t learn about the incremental improvement to the future until the end of the episode when Cassie came back with future-Jennifer’s note. Absent some other influence, Cole was probably going to keep doing what he was doing, the way he wanted to do it in 2016.

Season one Cole offed Jennifer’s good ole’ dad as quickly as he could. Season two Cole is feeling out a new way. He’s seeing things in shades of gray and it’s not meshing well with the team. Cassie advises Jones to leave him in the past as an emotionally compromised dead-end and doesn’t exactly throw a welcome back party for him once his short-lived time-travel restriction is lifted. Jones has to have an uncomfortable “Are you still with me?” discussion with him, where Cole is less than convincing about his convictions. I think he agreed to keep helping with the mission because of a responsibility he now feels for Cassie’s hardening more than the true-believer status he held last season.

The Rest of the Gang

Ramse keeps surprising me. Well, that’s not entirely true. From the second I saw Kirk Acevedo cast, I knew he’d betray someone because his characters always seem to do that. Since then though, his actions have kept me guessing. We all knew Deacon was going to take too much pleasure in interrogating Ramse, but how Ramse bit back at Deacon with the story from his childhood was totally unforeseen. I still don’t trust Ramse, but he’s not an evil guy. It’s hard to fault a guy who’s son’s survival is his motivation.

Jones changed her post-apocalyptic Facebook status to “it’s complicated” this week as the time-stream re-write introduced a love interest (played by Battlestar Galactica‘s Michael Hogan!) into the hard-edged loner’s life. It was the series’ funniest moment to see how a woman who had mentally prepared herself to wipeout the future and all the lives of people she worked and lived with was forced to confront the idea of a boyfriend. I wonder if Jones’ new flame might become the same kind of anchor to the plague-ridden future that has made Ramse such a liability to the team…