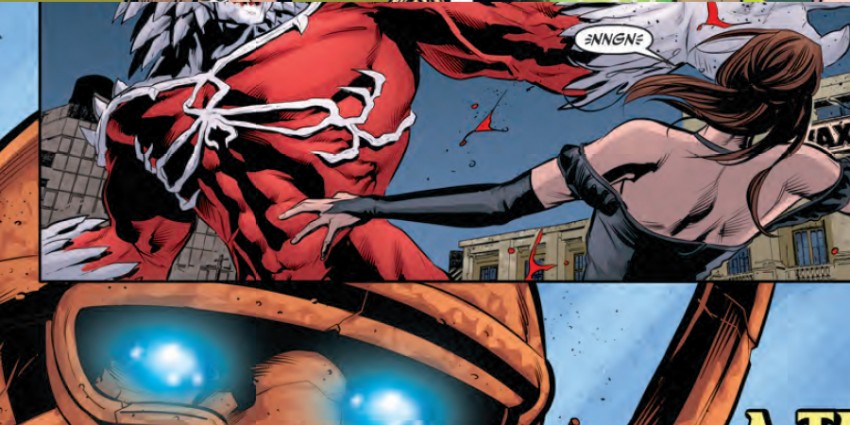 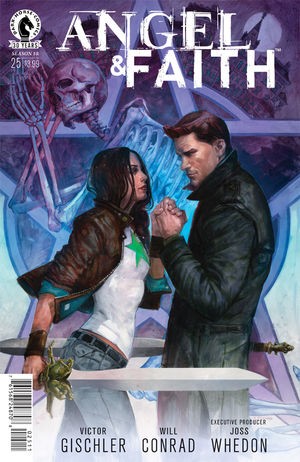 We are at the conclusion for Angel and Faith, sniff sniff, and the whole gang is gearing up for a big battle against Archeus and his huge army of Vamps. Which family will win? This review contains spoilers.

The title of the past five issues has been “The tale of two families”, the two families in question, being Angel, Faith and their jolly bands of “misfits” and Archeus, Drusilla and the bloodline of Vampires. Archeus is like an angry patriarch that demands that his children stand with him, because of the blood flowing in their veins, whilst Angel’s family clearly are not related by blood, but more bonded together with friendship and magic. Oh and love, quite a bit of love even if it isn’t of the romantic kind.

In this final issue, the two families literally clash in a big battle. But it really doesn’t go Archeus way, The magic which he had given a body too doesn’t want to be his friend, clearly preferring the motherly Nadira to angry Poppa Archy. Also, slapping Drusilla around to get her to shut up…probably not a great move as she and her many children abandons the fight. To make it even worse for the skeletal spider-looking toothy thing all the people of Magic Town come to fight on Faith and Angels side. The whole town declare their love for Angel and co and the huge mob actually manages to take Archeus down, proving that blood isn’t always thicker than water and we make our own families in the time of need.

The gang celebrate and talk about what to do next, as they can’t quite let go of the fact that there now is a huge magic entity out there with the mind of a angsty moody teenager. Nadira isn’t too worried, but the all think staying put in magic town would be the way forward.

This end, although a bit predictable was rather satisfying. Angel has a new gang of people helping the helpless and it seems like Faith is there to stay too. I am actually growing rather fond of Koh as well, even though he is still the new kid on the block. Having Fred back is of course very nice and her internal conflict with Illyria is very interesting too. If they make more of Angel &Faith they certainly have a lot to build on. This season has been rather romance free, even-though there clearly is a lot of love between the lot of them. But maybe this is the step we could see next time? But between who? All in all it has been a great series, the artwork always beautiful and although maybe not quite as ass kicking as the last series was, I think it has been a very enjoyable ride. Here’s to hoping we will get more!