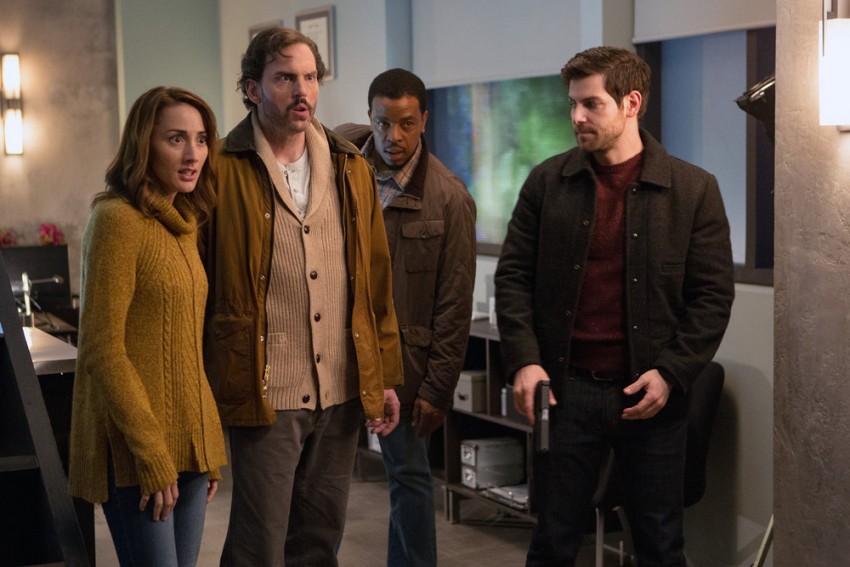 Tonight’s episode centered around the Wesen of the Week, a truly disgusting Wesen with Egyptian origins and mandibles like an insect, who sucked the beauty out of naive young people as he posed as a photographer. Okay, he was a photographer – but he never intended those people to be models. Then he sold his spittoon of icky stuff to a doctor gone bad who was making older women look young with the stuff, and therein lies the folly of both the old and the young. I appreciate what Grimm was trying to get across with this morality play, but it dragged a bit and didn’t give us nearly enough of the other story arcs currently going on. 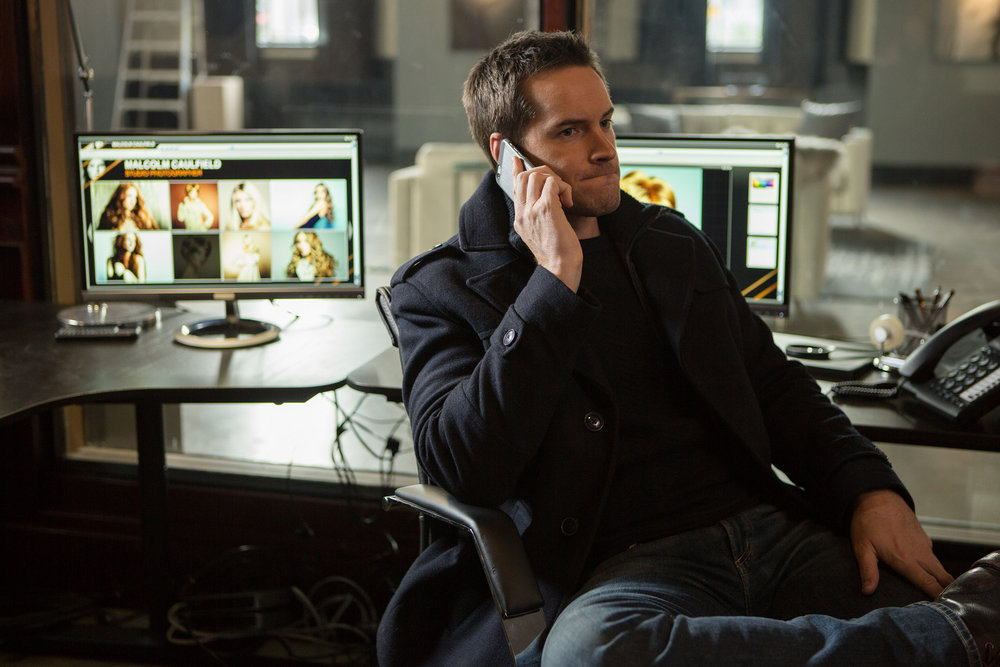 Things I appreciated – the gross factor of the Wesen Malcolm becomes (I won’t attempt to spell the Wesen name) and the icky spit he drew from his victims that was then smeared on patients. I was completely disgusted by the whole thing, and it really seems that lately the Grimm writers are playing a game of “Who can top this??” with the gross factor on Wesen. This is just another in a line of yuckiness, and the graphics team did a great job making it all seem real. What I didn’t appreciate visually was that the doctor and his patients just didn’t have makeup that truly made them look old. I will say, however, that both of the victims we saw DID look quite old after they got sucked dry, so it was really a mixed bag. 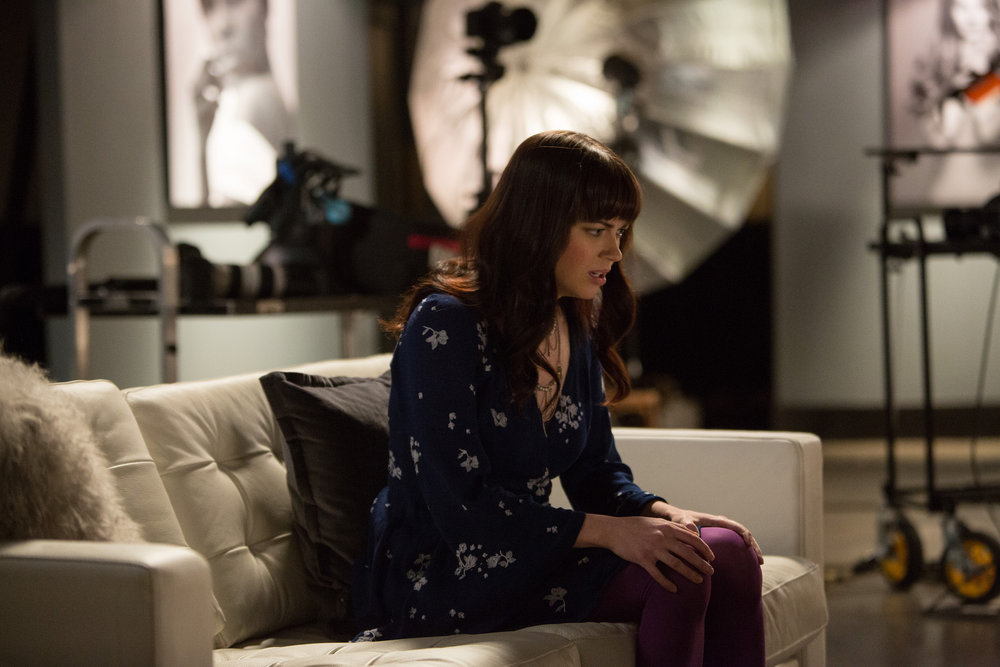 Speaking of the victims – how naive can you get?? I appreciate that Malcolm had a real website and business, but anyone who wants you to come get photographed after dark without any friends and then offers you something to drink, and you drink it… you’re an idiot. Have you never seen any episodes of 48 Hours or Law & Order or… anything??? I didn’t want them to die, but… Sheesh. 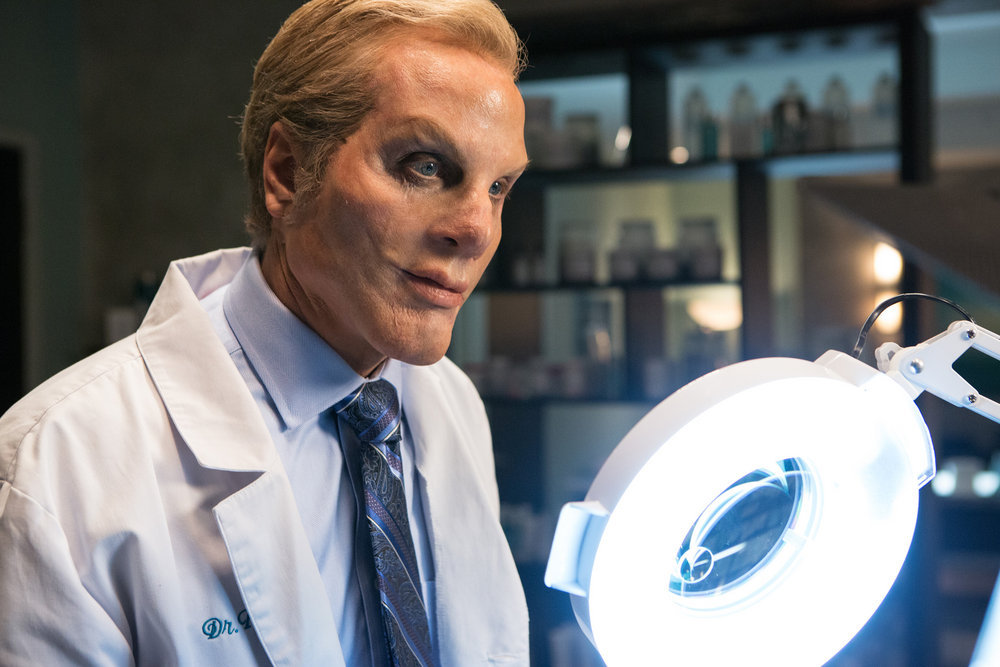 The best part was Rosalee undercover at the end – she unfortunately got to face the doctor going completely over the edge and handled herself as well as she could until the troops arrived… and then kept fighting. Interesting that Doc got the Wesen before anyone else… but he seemed to be about ready to die by that time, too. BTW – You looked about 93, you crazy, creepy doctor. One very real and lovely point: when the doctor started telling Rosalee all the things wrong with her face (which were NOT wrong at all), Monroe’s reactions to her reactions were completely on-point as a husband in love with his wife. He knew it was all BS – but he could also hear her starting to believe it, due to the setting. And then he went in there and shut that crap DOWN. I like to think that later that night, he told her all of the ways that she’s beautiful. #Monrosalee

So Renard and running for mayor… Eve tells Nick all the background, and Nick tells Hank. Then Renard tells them he’s thinking of running, and are they okay with it? ‘Thinking’ my butt! Already decided for sure. He curiously doesn’t mention Black Claw. Hahaha. They did bring up that if he wins, he’s no longer Captain, which means someone else who isn’t part-Wesen will come in and question how they manage to do things SOOO not by the book. No one really seems concerned about this, which is – dare I say it? – a PROBLEM. And then at the end, Renard announces his candidacy while everyone watches and claps. Yay. So – is Renard playing Black Claw while they try to play him? I, for one, for would really like to know.

Meanwhile, Eve is preparing the infamous ‘turn myself into someone else’ potion that Adalind used to such great deceptions… and she turns into… Renard! No wonder she wants Nick to tell her where Renard will be. Will she get to talk to Black Claw? Will it cause issues with what Renard is planning? Will this have any sort of repercussions on Renard – like there were on Juliette – even though he’s already half-Zauberbiest?

And no mentions of wolfy Wu at all, which really bummed me out. Will they make us wait until the next full moon on the show?? GAH.

I’ll leave you with the cutest moment of the show – and perhaps the cutest of many episodes: Daddy Nick and Baby Kelly. 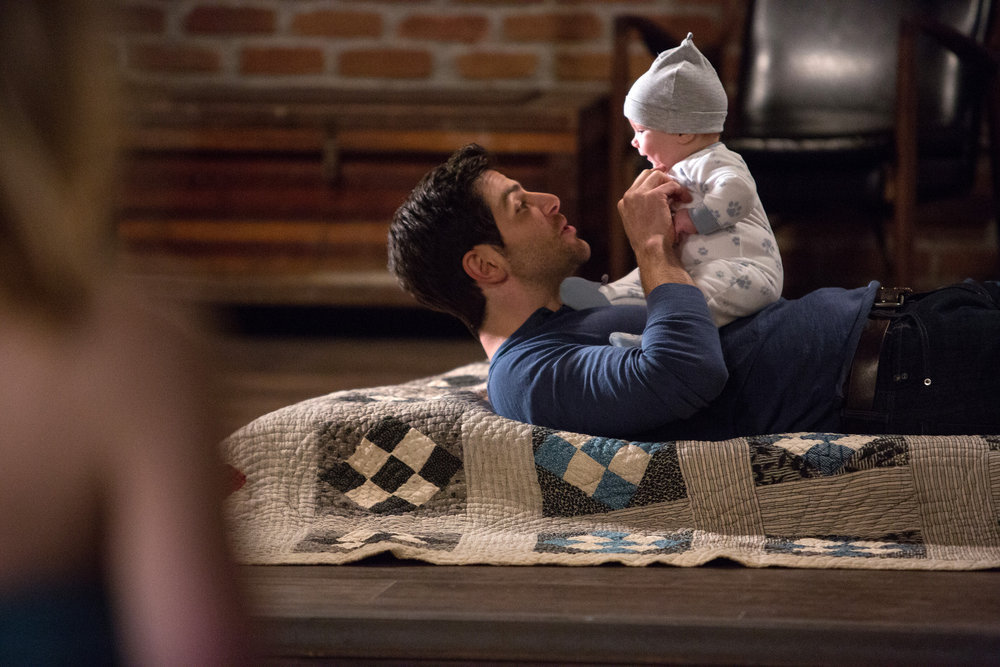