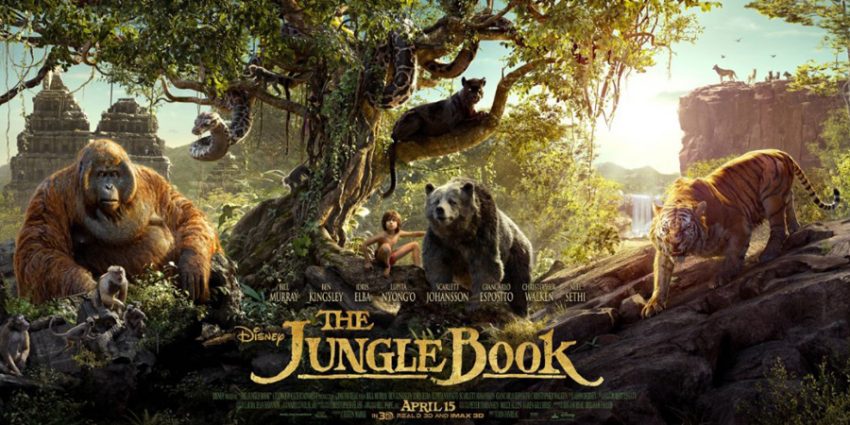 This year marks the 49th anniversary of Walt Disney Pictures’ beloved animated film adaptation of Rudyard Kipling’s The Jungle Book, a collection of moral fables originally published in 1894. That was the second such adaptation of Kipling’s book; The first one was produced in 1942, and apart from a competing version released in movie theaters in the Soviet Union the same year as Disney’s version, the story of Mowgli wouldn’t be adapted again until 1989, when the anime series Jungle Book Shonen Mowgli was released in Japan. 1994 saw the beginning of a flurry of adaptations, retellings and unofficial sequels, reminding us once again that the power of nostalgia is nothing new. Not everyone has been okay with all the love shown to these stories. 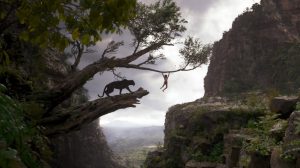 But there is of course only really one adaptation that anyone remembers, and for good reason: nothing captures the imagination and lives comfortably in the collective consciousness like Disney animation. Director Jon Favreau (Iron Man, Chef) understandably draws a measure of inspiration for his version from this seminal work, although he also stays closer to Kipling’s original stories than Disney did. Once again we’re treated to the adventures of Mowgli, the boy who was raised by wolves, befriended a bear, fought a tiger and had many exciting adventures in the jungle. Everyone knows this story; no recap is necessary this time.

This version of the tale is mostly CGI; the environments, as well as all the animals, are computer generated. Apart from Mowgli’s father, who appears briefly in a flashback, Mowgli himself may be the only real thing appearing on the screen in the entire picture. Because the film is so tech-heavy, it is naturally gorgeous. Achieving beauty artificially is easy, and because everything else is so closely managed, it just makes Mowgli himself that much more of a sour note. 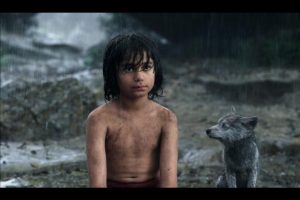 Neel Sethi plays the man-cub, making his feature debut in this project. He’s young, his resume doesn’t fill a single sheet of paper (his only other credit is a short film called Diwali according to IMDB), and he has to perform in front of a green screen, something that vexes older and more experienced actors. In spite of all these things, he manages to turn in a performance that at least sets him ahead of most child actors on television. Still, and maybe I say this because I’m spoiled by Hollywood’s abiding love for the Screen o’ Green, I can’t shake the feeling that the movie had to be built around him, like an exercise in “fixing it in post” taken to extremes. Sethi only barely seems to take his place in the film’s world, resulting in an odd disconnect that holds the experience back, to a small but noticeable degree.

So what of the artificial players, then? They are an impressive lot, for the most part. It may sound like small praise, but the last time I saw a CGI movie about animals where so many of the voices chosen defined their characters so well was 2006’s Over the Hedge. This is one of the areas, aside from the visuals, where Favreau’s adaptation easily surpasses the Disney original. Especially unforgettable are Idris Elba as the tiger Shere Khan, and Christopher Walken as King Louie. Though Walken’s rendition of “I Wanna Be Like You” put me in mind of William Shatner’s cover of Lucy in the Sky with Diamonds. 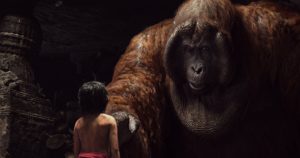 And with that deft and subtle segue, let’s talk about the songs. The movie isn’t a musical, but it is at its heart an homage to a film beloved by generations, and so that film’s two best known songs, “I Wanna Be Like You” and “The Bare Necessities”, both make appearances here. “I Wanna Be Like You”, my previous commentary notwithstanding, is the better of the two, probably because it just gives us more time to gaze at the mini-Kong massiveness of King Louie. Still, the songs are obviously meant as a linking element to the previous Disney version, and since there are no other songs in this movie, all they really do is stop the story dead for a few moments of mandatory nostalgia. Hopefully Andy Serkis will do us a favor with his upcoming adaptation and give these numbers a miss altogether.

I don’t watch many live-action Disney movies these days, mostly due to a lingering case of PMSD – “Post-Maleficent Skepticism Disorder.” The trailers for this movie looked great, but Maleficent had great trailers, too, and completely failed to deliver on them. Fortunately, The Jungle Book doesn’t disappoint. It’s an adventure that can be enjoyed by children, though maybe not younger ones (Shere Khan is not a nice kitty), and is still fun for adults. In this age where it seems everything is getting redone for a new generation, this is an example of the redo done right.

The Jungle Book is rated PG for some sequences of scary action and peril.