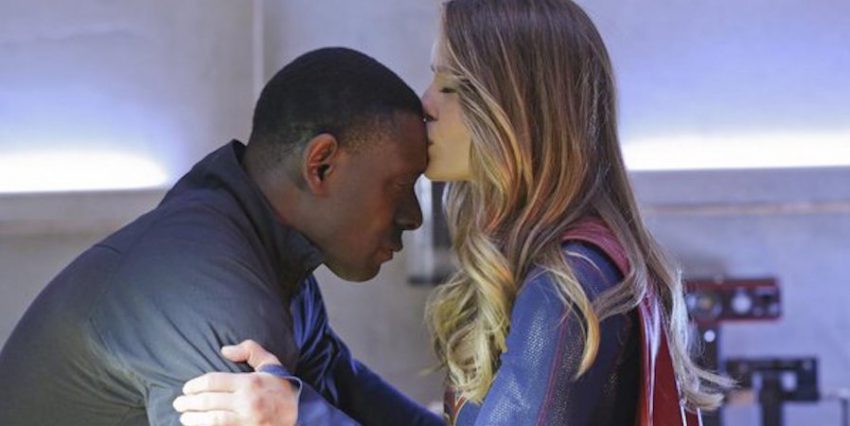 The title to this review should really be “Why I Think This Finale Was Terrible But I Still Want To Watch Season 2,” but I figured it was too long. I don’t know, I have such mixed feelings about the end to this maiden season of ‘Supergirl’ that I’m torn between the parts that I loved, the parts that made me laugh and parts that were so off the wall that it was hard to watch. The last two episodes of ‘Supergirl’ were aired separately but I refused to watch ‘Myriad’ until I could view it back to back with ‘Better Angels.’ I did this because (a) the writers have been so good at building suspense that I knew I needed to see them together, and (b) I got a 2 hour finale of my own design. Still . . . . I finished episode 20 feeling like I’d just been on a storyline roller coaster and was completely confused about what I’d just watched. 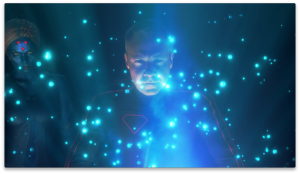 Non (Chris Vance) looks over his kingdom. Photo by CBS.

‘Myriad’ picks up with all of National City under Non’s mind control. Myriad’s true purpose was to harness the collective consciousness of the planet so we could all work toward ending world hunger and global climate change. Except to do so everyone would have to lose their identities and become mindless drones. Chris Vance might be a good looking man, but I still can’t see myself signing up for his plan. I did like that his intentions were noble enough that you almost wanted to root for the bad guys, but the complete lack of freedom would prevent most people from joining his cause.

There were disturbing parallels to current events concerning political deadlock and social injustice that I think many viewers could identify with. We all want to improve the world around us, but so many of the decision makers whom we give authority to waste our time and precious resources.  Non certainly takes the cake for his twisted methodology on saving Earth, but are his ideas so foreign? We live in a world that seeks to suppress ideas and opinions that differ from our own so maybe mind control isn’t far off. Group think and the ever influential ‘popular opinion’ is in many ways a form of mental leashing. 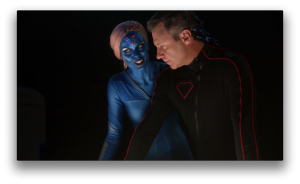 Indigo and Non plot to destroy Earth. Photo by CBS.

I did enjoy how Indigo was used as a foil for Non; she manipulated her lover with exacting skill. As a fan of conspiracy theories, Indigo illustrated the back room political players so popular in political intrigue, but who we never actually see. For all of National City, it appeared that Non held all the power when in reality, Indigo was running the show. She encouraged Non to kill Kara and then ensured Myriad would kill the human population when their plans for enslavement go awry.

There were some really well written parts to the last two episodes and I want to acknowledge what I thought worked.

Cat: This is your end of ‘Working Girl’ moment. And if you take advantage of it? I really believe that you can change the world.

I almost don’t want to write this section. If you’ve seen my other reviews, then you know how much I’ve come to love ‘Supergirl,’  but there were so many elements of these last two episodes that just didn’t work for me.

“Time to grow up and put on the big girl cape.” – Maxwell Lord

Despite the missteps in this finale, I’m excited that CBS renewed this series. There are so many wonderful story lines to explore that I look forward to the second season. We still don’t know the full back story between Maxwell and Cat and I’d like to know more about their odd love/hate relationship. I’m also rooting for a relationship between Max and Alex, which may be in the works. Did you see Max reach for Alex’s hand when they all thought they were going to die? It made my shipper heart very happy. 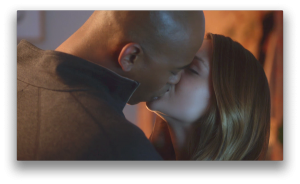 When General Lane reinstated J’onn as head of the DEO I immediately wondered how Lucy would respond. She was a reluctant director anyway, but it appears that she and J’onn will be working together. Then there’s the budding relationship between Kara and James, Kara’s new promotion and who she’ll find to be Ms. Grant’s new assistant. Project Cadmus is still unresolved and hopes are high that Jeremiah Danvers is still alive and able to come home. Lastly, the finale ended with a Kryptonian pod crashing on Earth and Kara’s shocked expression. Did she recognize the occupant? Who could it be? With so many directions to take the story, I can’t for next season’s premiere in November of 2016.