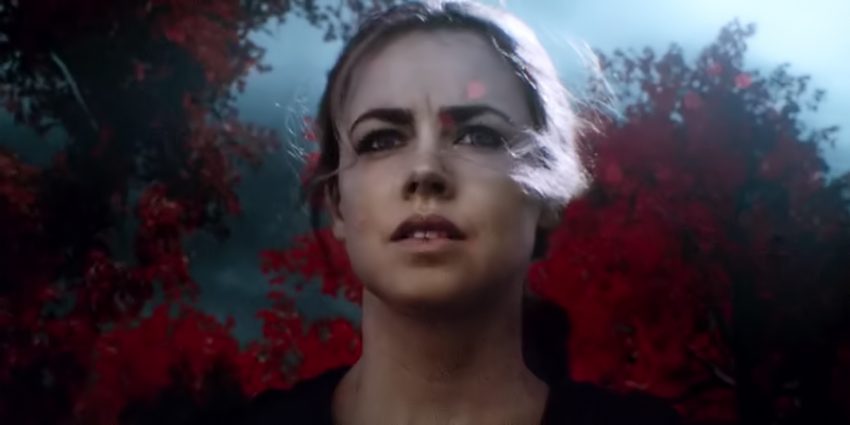 Caveats: I’m going to make some comparisons to other TV shows in this review. I’m not doing so to imply 12 Monkeys is derivative AND I may spoil something about those other shows along the way. The only thing I want to point out is the rising tendency for TV show runners to using these similar ideas (but not yet fully realized tropes), independent of each other’s creative processes. But they’re all still good writers and wonderful humans, ok?

Meltdown, The title of this week’s episode isn’t one of those pretentious titles that makes you question your entire academic career and critical thought processes because you can’t figure it out. Things -melted- -down- this episode, beginning with the time travel machine. Although it never reached critical mass, it caused plenty of damage before it was done flailing around. Some poor soldiers from 1959 got yanked out of time and did their duties to the end. Some of Jones’ prior time travel volunteers came back, turned inside out. There were also two more major losses I want to give more attention to below, but you know who I mean.

If this were football, The Witness would be playing from the New England Patriots playbook while Jones and crew would be stuck playing catch up with an high school coach’s old, half-erased chalkboard. He’s doing things Jones had no idea were even possible, such as transferring only his consciousness through time rather than travel in physical form. Why should this be the last lesson in time travel The Witness gives Jones? This can lead down a dangerous deus ex machina path storytelling-wise, but I have faith the writers won’t re-write the rules of time-travel so often they start to contradict.

What’s interesting about The Witness in this episode is that he’s there at all. He wouldn’t need to show up, take over Cassie’s body, and sabotage the time travel machine unless he felt Jones’ team was a credible threat to his plans. Another interesting aspect of the sabotage is that he knew pretty specifically how to not only disable the machine, but turn the facility into a mile-wide crater. Although those observations don’t debunk my “personified time” theory about the Witness’ true identity (see here and here), this episode started to lead us back to the idea of a current cast member with a “if I can’t have [whomever], then no one can have anything” complex becoming The Witness. The next-to-last shot of the episode leads us to consider Ramse as a pretty strong candidate if that’s the case. I think that’s got to be a red herring though if for no their reason than Ramse simply doesn’t have the know-how to sabotage the time travel machine in such a specific way. But could it be Sam?

Sam is just a kid, but he had studied the time travel facility, knew it’s layout down to the last rivet, and given where he ends up…. Let’s put Sam running as my second guess as the Witness’ true identity. I’m allowed more than one. I checked.

Also, why the “plague-doctor” mask? Is The Witness actually trying to avoid contamination to the plague by using 17th century pseudo-science? Maybe he’s just a flair for the dramatic and enjoys the panache of wearing period costumes since it’s likely he’s seen them all. 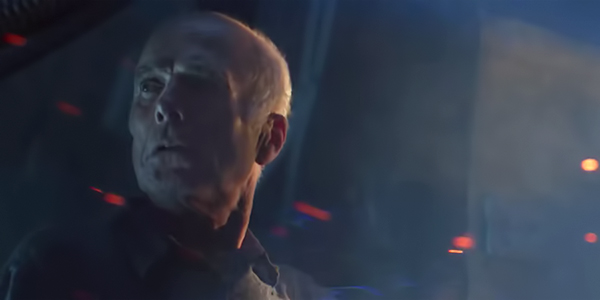 First Hodor, now this! I am heart-broken about what happened this week. If you’ve read any of my previous reviews this season, you will know how much I LOVED the addition of Michael Hogan as Dr. Jones’ love interest, Dr. Eckland. Although the heroic disintegration of Dr. Eckland from the current timeline returns Dr. Jones to the unattached state that helped allow her to become such a cold, driven leader for Team Time Travel, I doubt she will be able to just wash her hands clean of the affection she had growing toward Dr. Eckland. If someone willingly gives up their life for you and the last words they ever hear from you are, “I don’t love you!” you are bound to have some introspective moments afterwards. He loved her and she had no idea why yet, but she was trying to find out. That is some major unfinished business and like we’ve seen with her feelings toward her daughter, Jones, while capable of keeping her feelings hidden far away from the others, still has intense emotions and hopes. I think she wants one of the subtle course adjustments in time (like the one that produced Dr. Eckland) to make it so her daughter lives again. Now, she may be pulling for TWO souls to be returned to her. My bet: Eckland comes back. 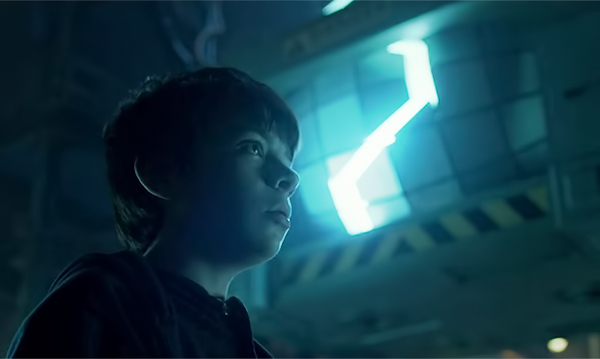 12 Monkeys 207 Review: Sam should move over a couple feet. Image by SyFy.

Last week Sam tried to give Ramse permission to save the world without placing the importance of Sam’s life above the lives of the billions lost in the plague. It was almost like his way of saying, “Learn how to deal with not seeing me around, Dad.” This turns out to have been a very prescient comment. Ramse’s behavior this season was a little hard to reconcile with what he did last season (betrayal, etc.), but it felt like he was coming to terms with helping Cole save the world to an extent, while enjoying what time he had with his son. Thanks to an abduction by Cassie/Witness, Sam was simply in the wrong place at the wrong time and got caught in a stray blast of temporal radiation. Going back to the idea that Jones is having to play serious catch-up with her time travel knowledge, she cannot deliver a hopeful response to Ramse’s desire to find out where his son may have gone. In no way do I expect that we are done with either Sam or Ramse despite their departures from the time travel facility. But I do expect them to come back to us changed.

New Ideas I’m starting to See With Some Frequency

There are a couple things going on here that remind me of other shows I have enjoyed a lot. Here come those comparisons I mentioned earlier.

LOST – Although the island eventually sent the main cast back to the 70s, the only scientifically plausible method of time travel was Daniel Faraday’s consciousness transfer. Things to note about that process: the side effects ranged from critically life altering to fatal AND your consciousness could only travel to your own body as it inhabited that time. The Witness doesn’t have that last constraint, no idea about the first one yet.

The Leftovers – Damon Lindelof’s current show doesn’t have any time travel in it. However, this last season, the main character, Kevin, was plagued by another person’s soul piggy-backing inside his own consciousness. The effects are very similar to what we see with Cassie and the Witness: a blurred line between what the “ghost” is doing and what they are making the point-of-view character do without their consent.

Game of Thrones –  Bran and the former Three Eyed Raven could gallivant through time and witness anything they want without actually having a physical presence. I would call this a pretty close cousin to what the Witness is doing with Cassie.

New stuff: The stray radiation blast didn’t kill Sam; it delivered him somewhere, outside of time. Is this like time’s waiting area? The Witness has tried making the point that the Red Forest is sooooo great because time doesn’t exist there. Sam’s new home doesn’t seem to have time either, but there was really only a hint of the Red Forest’s infestation in the woods surrounding him. Could that make him having been delivered to a version of the Red Forest that hasn’t gone crazy yet? (Even though it’s a timeless place, it’s had to avoid descriptions of time like “before” or “yet”. We still need some way to think of where Sam is we can process.)

Injections : At first they helped “time move around” Cole and the other travelers, enabling them to travel in time. Now, Jones has a mixture to prevent the Witness from following a tether back into Cassie’s mind. Jones must be one heck of a pharmacist because these sound like pretty amazing and very specific drugs for a time travel scientist in a lab with barely any lighting.

Next week, we have to pick up the pieces. Cassie has got to be a wreck. Cole is down one partner. Jones is down one would-be partner. We still have another Primary out there somewhere. The team is going to have to pick itself up somehow and get back to it. Or maybe send Deacon…