When storytellers in TV and film manipulate time to fill in the blanks left by changes in point of view, I am always drawn in. Pulp Fiction will always be one of my favorite movies and this is a primary reason. Why did Vincent and Jules show up to meet Marcellus Wallace in shorts and dorky t-shirts after we had just seen them in suits? You have to get through their interaction with Harvey Keitel’s Wolf to know why, but that section isn’t shown until the end of the movie. Although 12 Monkeys’ creators -could- be lacing the entire season with this kind of movie-making-magic, it might get tedious jumping so far, week-to-week. This show’s audience can handle keeping track of things over the course of a couple shows though, and so this week we get to see how Ramse’s rescue mission was doing alongside Cole and Cassie’s “A” story from last week’s episode. We also get a taste of the circular, semi-incestuous nature of who begat whom in the Army of the 12 Monkeys lineage. Both neat AND gross, at the same time!

Jones’ faith that Ramse will complete his mission to save Cole and Cassie is predicated on Ramse’s loyalty to Cole. The man has a spotty record overall in this regard, but concerning what only has happened this season, Ramse has been very loyal to Cole. The hot streak continued streak here. In the asylum, when he runs afoul of the Girl Messenger, I had no doubt he was trying to use his Traveler status to bluff his way out of trouble. Should he ever get a chance to try that again, he’ll know better than to say anything about the Witness asking him to do something. Apparently the only Monkey that doesn’t know that the Witness doesn’t “ask” people like the Traveler, is the Traveler.

Ramse even plays wingman when he goes to Cassie in Cole’s defense, asking her to forgive him based on the lengths Cole will go to for those to whom he is loyal. Time will tell if Ramse’s pleas fell on deaf ears. Deacon was noticeably absent from this week’s episode and I have to bet he figures into the equation as well. Let’s hope Deacon is up and around next week. Either way, for whatever reason, Ramse’s loyalty to Cole is guiding all of his actions and other motivations, like trying to ensure a future where his son is born, have been taking a back-seat. 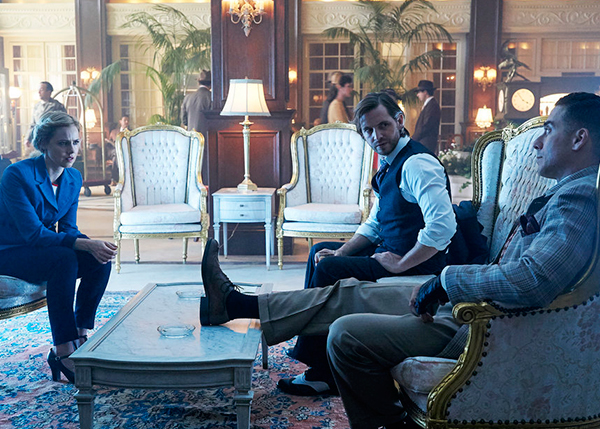 12 Monkeys Review 204: Cole, Cassie, Ramse consider what to do next. Image by Syfy.

Big step for Jones and big step in the show. Jones is the kind of person for whom science holds all answers to all questions. She runs a time travel operation based in facts, figures, and what only can be proven. For characters like this, the Jack Sheperds and the Dana Scullys, the journey from operating as a purely scientific being to someone willing to allow something unknown, or dare I say magic, to explain what goes on around them is usually the kind of thing that lasts the length of an entire series. It is PAINFUL for the viewers to go through as the non-believers are constantly looking away from the aliens or happen to be knocked out as their more mystically-endowed cohorts converse with an angel or something. Jones could have gone this way, but thankfully did not.

She reached her breaking point halfway through the episode when she freaks out about checking the newspaper. She admits to her boyfriend and colleague that what they thought they understood, they actually do not (meaning what she understood). Luckily, she has her defenses down while she attempts to approach the problem with her scientific mind, allowing that silver-tongued, silver-fox, Dr. Eckland, to apply a little of the old Esperanto to the situation. By calling her an asshole. This is just the pep talk she needed to look at the problem from another direction. Warning: I can only recommend Dr. Eckland’s approach with a real woman if you also happen to be Michael Hogan. All non-Hogans should avoid this tactic at all costs.

Accepting the concept of Primaries and their legitimate connection to time itself unlocks her own understanding of time. If she hadn’t made this leap, her usefulness to undoing the Monkeys’ plot would have been confined to operating the time travel machine. It will be tough for her to reconcile both parts, the science and the magic, but at least she now accepts both parts and can move forward. Further Warning: I wouldn’t recommend drinking Future Jennifer’s tea under any circumstances other than pursuing intellectual and spiritual enlightenment that could impact the course of all humanity. 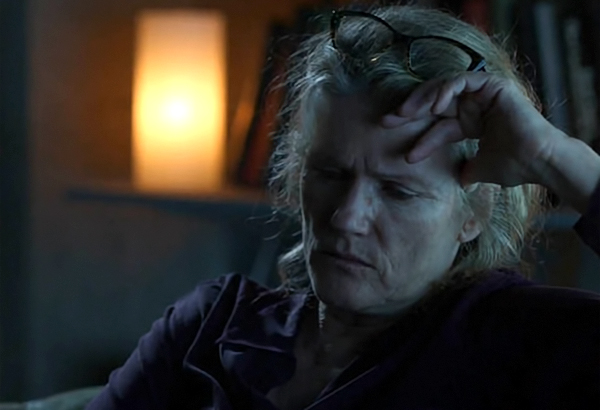 Time is taking on the characteristics of an actual, living character in this show. Time has the same purpose as most of us: last as long as it can. Time has an enemy: The Army of the 12 Monkeys actively want to destroy time. Time has allies: the Primaries help time keep things straight (and circles circling). Time can evolve: it was apparently once one thing and has become another. This is pretty interesting stuff. Instead of time being this measurable quantity of progress that is simply observed by people, the show is making certain people, Primaries, essential to time’s continued existence.

Last week we saw a man acting as the 12 Monkeys equivalent of a red-shirt get ripped apart by little time-implosions in the ever expanding red forest during Ramse’s would-be execution. What were these little time-implosions? In an explanation edging into Commander Data territory, we find out the act of killing Tommy Crawford in 1944 (an identified Primary), created temporal anomalies in 2044. The little implosions were the anomalies, or as Jones puts it, “pockets of unstable time”.

Who called Cole in the lobby of the Emerson? Why, it was a fresh out of his car-crash induced coma, Jose Ramse, of course. Did you catch poor Ramse has osteoporosis in his arm? I know he grew up in the plague-ridden future, but what about that stint in the 80s, 90s, and 00s (an era known to have plenty of cows)? Too busy plotting with Monkeys for the end of the world to bother with his calcium intake, I guess. Drink some milk, Jose.

Where did the Pallid Man come from? The Pallid Man’s mom was a baby (remember from last season?), born and raised by the Pallid Man and his Monkey friends along with eleven other “Messengers” to be sent on missions through time to spread Monkey mayhem. The Girl Messenger who killed Tommy Crawford last week must not have read her entire mission briefing since she thought she’d be all done after creating the paradox. Turns out, she also needed to give birth to the 12 Monkeys main-guy-not-named-The-Witness. Could other Messengers be on similar calf-dropping missions?

What is the Red Forest? Temporal hell on earth. Or, an expanding area where the temporal anomalies created when primaries are killed manifest, localized within the forest surrounding the time travel installation. 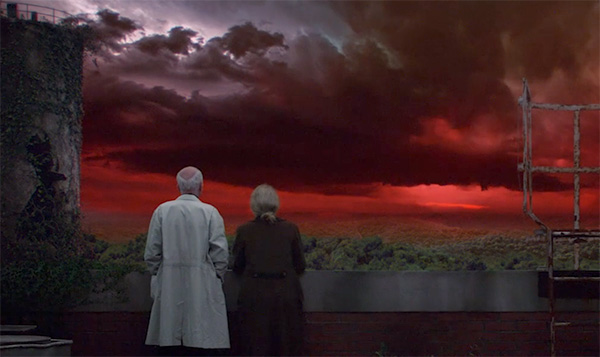 Jones and Eckland look at the approaching time-nado. Image by SyFy.

Did some of the effects work feel lacking this week? It felt for a moment like Jones and her possibly promoted boyfriend were standing atop Darkplace Hospital rather than a time travel installation in the middle of a flaming inferno of time anomalies. Might just be me. At least that Hogan charm is finally wearing her down.

Next week, I hope we get some more Deacon and some time in the present/future 2044 to catch our breath and make a plan. Or just go back to 1944 and let the boys drink.

Extra Points: “Strange things are afoot at the Circle K.” Future Jennifer quotes Bill & Ted’s Excellent Adventure, which is apt, since that’s a time-travel movie. Also, after Jones applies some sass and quotes The Doors’ “Break On Through,” Jennifer identifies Jim Morrison as Primary. The writers couldn’t have picked a better lizard-king to fit in with Jennifer and Tommy.