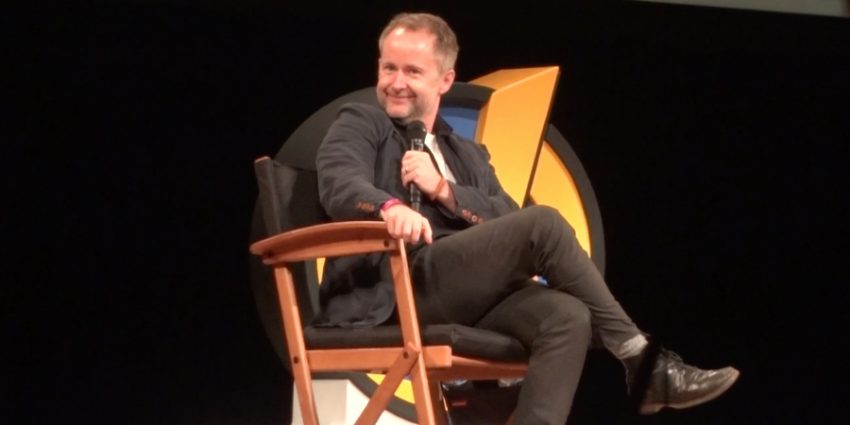 Check out this video of Billy Boyd at Wizard World Comic Con! It highlights the best moments from his panel, “Return to Middle Earth,” on May 7th, 2016 in Minneapolis, Minnesota. Billy delighted the crowd with a wide range of stories and silly “facts,” discussing everything from World Nude Gardening Day to his swoon-worthy kiss with Viggo Mortensen.

Billy Boyd attended the Royal Scottish Academy of Music and Drama for 3 years for his bachelor of arts degree, studying everything from Shakespeare to puppet-making. During this time Billy had a few small roles in TV series such as Down Amongst The Boys and Taggart. After graduating he performed in many plays like The Slab Boys, The Diary of Adrian Mole, etc. at The St. Andrews Theatre, which were his first paying roles.

He then received a call from his agent about the Lord of the Rings movies and if he would like to audition for them. He went along not expecting much, but within a few months Peter Jackson came out to Scotland to meet him and to audition him personally. While rehearsing for a show he received a call from his agent who said that the part of Pippin had been offered to him – if he wanted it.

Billy answered many fans questions, most of them about his time filming the Lord of the Rings trilogy, and he even sang “The Edge of Night” live! That was the first time he’d sang it at any convention, claiming that it was because of Minneapolis’s polite people.

He talked a lot about the importance of bees and hydration and even handed out bottles of water to the fans. He told the crowd about his band and the misspelling incident that led to the official name of Beecake. All of the band members are Beefcakes, but the “f” got dropped along the way.

Billy also talked about how the fellowship actors got the word “Nine” tattooed somewhere on their bodies, except for John Rhys Davies who has his stunt double get it instead. Billy’s “Nine” tattoo is on his ankle.

As mentioned earlier, Billy told many stories about his time on the Lord of the Rings set. Several of them were about how awful it was to wear the hobbit feet (they were very itchy) and the time one such foot went flying off moments before a shoot, all because of a contest to see who could run around the lunch tables fastest. Another entertaining story was his kiss with Viggo Mortensen. He spoke of how manly Viggo was and how his legendary kissing skills made Billy swoon like a lady.

He was a joy to see at Wizard World Minneapolis 2016 and we were thrilled to have him as a guest.