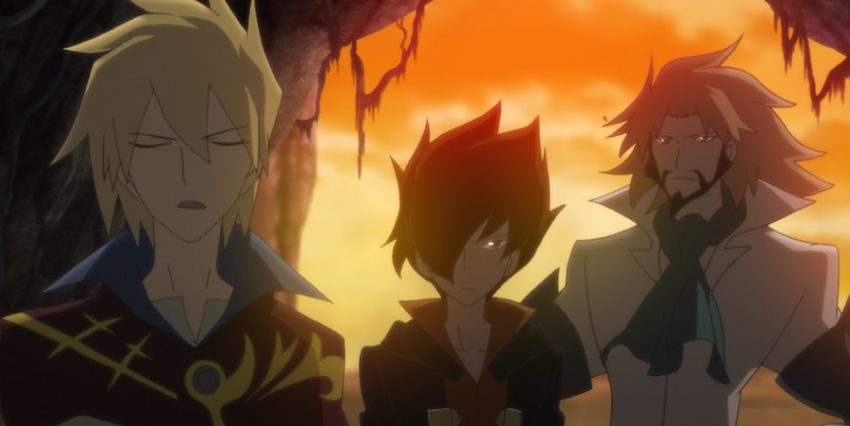 A long time ago in the kingdom of Valiante, humans shared the world with Horrors—monsters who feed on humans with weakness in their hearts. Desperate to put an end to the Horrors’ reign, the King allowed his advisor Mendoza to launch a witch hunt targeting the magic users who had sworn to protect humanity from evil.

One-by-one the famed Makai Knights and Alchemists were cut down by Mendoza and his men. That is, until a young Makai Knight named León inherited the golden armor of Garo and with it, the power to save the kingdom. But unlike the other Makai Knights who fight to protect humanity, León is young, reckless, and driven by his desire to avenge his mother’s death at Mendoza’s hands. How can an immature Golden Knight who fights for the wrong reasons hope to protect anyone? 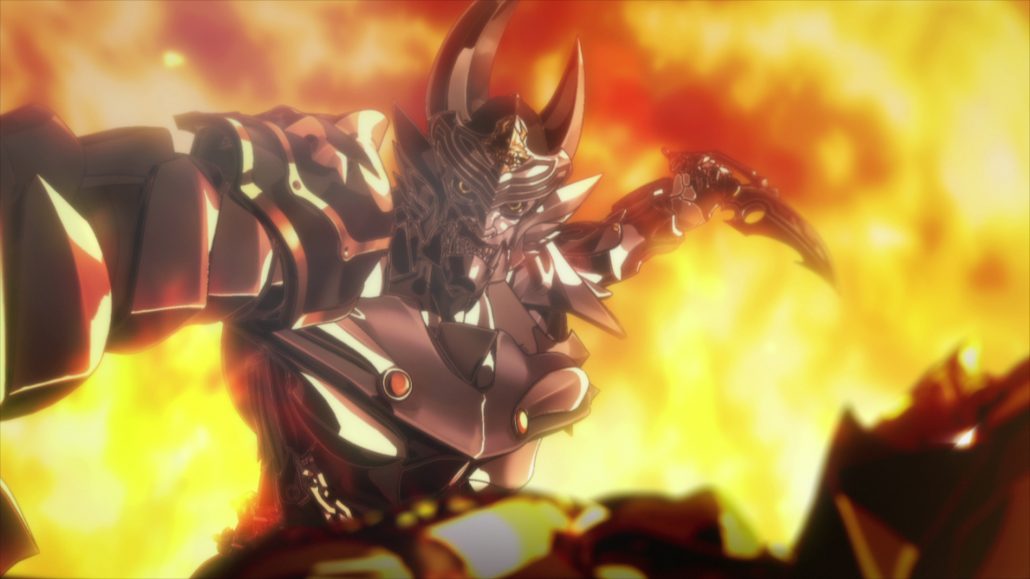 Garo was an interesting story which revolves around a Spanish inquisition style setting where ‘witches’ were being hunted down for cursing the king and for many other acts of misfortune around the kingdom, but we quickly learn they are in fact not the enemy we thought they were. The story mixes medieval knights and sorcery to create an interesting dynamic between the two young characters of Alfonso and Leon.

When German and the other knights visit the other realm we meet a girl, someone who appears to be the head person in charge of the knights and she reminds me a lot of Yuko from xxxHolic. German as a character is rather annoying as the goofy, girl loving, no shame father who is far from a good role model for his son. Though the antics do help us get a sense of the relationship strain between him and his son Leon, who has not come to terms with his birth and his mothers death. 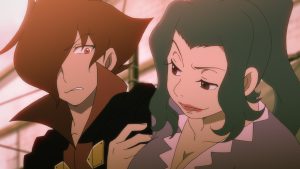 Leon is also very much still a young boy with little experience in the real world, as evident in their visit to Santa Bard when two women nearly take advantage of him before Ema steps in. The dynamic between Leon and Ema is interesting, she cares for him whether she shows it directly or not, but there seems to be a bit of an attraction as well. We don’t know how much older she is then Leon so it comes off a little creepy at times.

Where the series really starts to hit its stride is when Alfonso and Leon get together, finding out their are first cousins and both Makai Knights in training. Part 1 only covers the first half of the season, leaving on a rather heart breaking cliffhanger. After watching it twice, I have to continue on with the subbed episodes while we wait for more dubbed episodes.

Another great aspect of part 1 of GARO is the character development. Each of our main 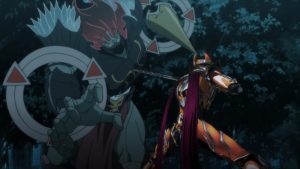 characters gets a good backstory and motive for what they are doing and why. It allows for us to care about which characters we hate and love with fleshed out stories and not flat characters. There are a ton of people introduced to us in the first 12 episodes but the important ones are made apparent.

On the topic of dubbing, the english cast for GARO is a great lineup. For starters we have our cousins Leon and Alfonso voiced by Ricco Fajardo and Justin Briner. Ricco is known most recently as Haruhiro in Grimgar of Fantasy and Ash, and Itona on Assassination Classroom. Justin was the voice of Manato on Grimgar and Mikaela on Seraph Of The End. Justin also recently was added to the english voice cast of My Hero Academia. Ema is voiced by the lovely Monica Rial who most recently headlined the Project Itoh film Harmony.

The music choices are unique for this anime. The opening theme is a very eclectic 70s style theme, while the closing music is very heavy metal band.

Pickup Garo Season 1 Part 1 on Amazon today and be sure to visit Funimation.com and catch part 2 subbed, or if you can manage to wait for the dubbed episodes of part 2….who am I kidding you won’t be able to wait.