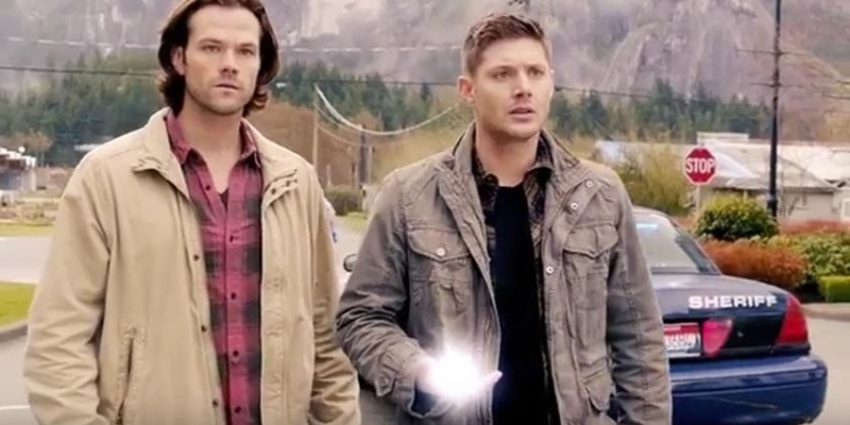 Don’t Call Me Shurley is hands down the best episode of this season. Supernatural may be 11 years old, but the writers still know how to entertain. Chuck Shurley, aka Carver Edlund arrived on the scene back in season four, with his books about the Winchester brothers,aptly entitled Supernatural. When I saw that Rob Benedict was returning to the show, I thought to myself please let it be revealed what I have been dying to hear for a very long time!

There was a lot of mystery surrounding the character, as he said that visions/dreams of the brothers came to him, he would get headaches, pass out, and then write about what he saw in those visions/dreams. It was easy to believe, at first, that he was a prophet of God, but sometimes I did wonder if he was a bit something more. He just seemed to know so much, and I could not shake the feeling that he might be God. Then in the season 5 finale, he just mysteriously vanished, after writing the final chapter in another Supernatural book. I remember thinking “He was God  this whole time wasn’t he?”.

The finale of season 5 felt like a series finale, and while I would not have been happy about such an ending, it did feel very satisfying in a way. Here I am, six years later, still watching and still waiting for it to finally be revealed that Chuckie boy was indeed God! I was tweeting a bit during the show last night, and when Chuck revealed that he was God himself, I tweeted in response to a fellow fan, “I knew it….been waiting to hear it!” I felt as if it was a long time coming, but I am glad they waited a while to actually reveal it. It really felt like the right time, especially because Amara is back, and Sam and Dean cannot take her on without some major power behind them. 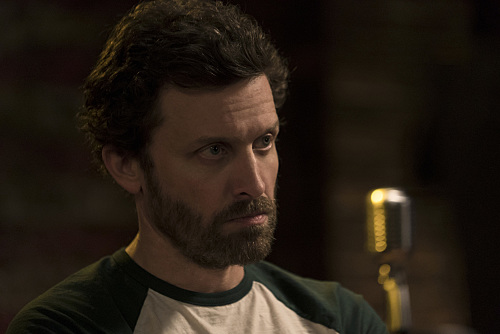 I felt as if we were finally getting back to what makes Supernatural so great, and I was literally on the edge of my seat! I would not say that this show ever lost its way, but it can have its dull moments. I can say those dull moments were nothing but filler, and that particular opinion of mine would surprise no one. This episode tied up a lot of loose ends, and it felt great. I admit that God sounded a bit like a whiner, and a coward as well. I love the words that Metatron spoke to him, because it was all true. He informed God that he should never give up on humanity, because they don’t give up. It was just all very touching coming from the angel who tried to take God’s place in heaven.

I can’t remember the last time I saw the “Samulet” and when God brought it out saying that he turned it off so that the brothers would not know he was God, I thought this is going to play a key factor here. Sam and Dean are dealing with Amara, and her deadly fog that is infecting a whole town. They really don’t know how to deal with it, but this is the closest they have gotten to Amara in a while. Sam becomes infected, but not Dean because Amara is kind of sweet on him, he did free her after all. Once again, Dean calls God out, quite literally, by yelling “fix this you dick”! I really cannot blame him at all, because God has been MIA. I loved when the “Samulet” all of a sudden appeared in Sam’s pocket, and healed him from the deadly fog, along with the whole town.

He's back! Thanks for watching #Supernatural! pic.twitter.com/0miQhIiAyi

I was glad that Metatron got through to his father after all, as he reads the new chapter that God wrote after he told him not to give up on humanity. As the song plays, a video montage is shown of God healing all those effected from the fog. I loved this whole scene because it seemed to restore everyone’s faith in God in just once instance, and the look on Sam and Dean’s face said it all. We said on Twitter last night that we could not wait for Sam and Dean to find out, and it was one of the most satisfying moments in television.

The song added to the beautiful moment of just when you think all is lost, a ray of sunlight shines through. It was truly a powerful moment, and I am saving this episode on my DVR, because it is worth watching over and over again. Bravo, writers, bravo! I loved how the light shining on his face just got brighter and brighter, as he sang and finally revealed himself, it was truly breathtaking. I have tons more to say about this, and that will come later, but for now I give this episode 5 well earned stars!!