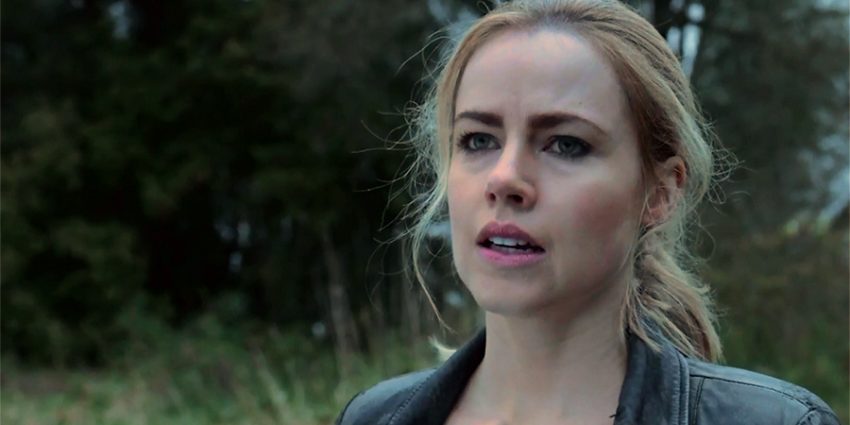 This episode definitely took me by surprise. I even paused it and came back to it a day later because I thought I knew what was coming. Did the 12 Monkeys writers’ room borrow a familiar idea from films like Groundhog Day and Edge of Tomorrow? Yes, but only the kernel of that idea. In those cases, the characters just needed to find a way to get to the big “THE END” before the movie wraps up and everybody leaves the theater. 12 Monkeys didn’t do that to us though. They need us to want to come back next week, so in a series with a limited number of episodes, one-shots that just “get the characters to the end” aren’t worth anyone’s time. Instead, they took a time-travel-trope and squeezed some more life out of it to highly dramatic and emotional effect. Let’s take a look and talk it over (and over… and over… and over…).

Like it or not, Time is an actual character in this show, and isn’t just… you know… time. I have my own theories I’ve been documenting in these reviews, but even ignoring those, we still have some information about Time directly from the show itself. We’ve known since S2E3 and S2E4 about Primaries and Time’s reliance on them to keep things on track. Once you accept that piece, it’s not really any more difficult to accept that Time may have an affinity for other people as well (which relates to Cole’s theory about this episode’s resetting timeline). The newest idea is this: there is a second class of human being Time won’t let bad things happen to (at least not before they’ve reached the end of their usefulness). I was reminded of LOST while Cole and Cassie were figuring this out. Not unlike how we’re being told Time is acting, the Island would also put a halo of protection around certain people, but only until they had played their part in its own secret plot. Cole comes up with a big idea that has two parts and one of them has a pretty big assumption attached to it. 1. Time wanted Jones to build the time travel mission and get it going and 2. Time wants Jones to succeed in that mission. The first part has this episode as proof of its validity. The second part… Jones would be better off not testing any assumed invulnerability. But who knows! Like she said, “I must be bulletproof!”

I knew the future had an impact on Cassie’s outlook, but who knew the depths of her melancholy reached the point where she could agree with a plan like Jones’? It doesn’t really add up for me given how much she has given and sacrificed for the mission for her to agree to short-circuit everything by eliminating time travel at the root. In the end, it all works, but the starting point was just one of those story points I felt like I needed to “just go along with” rather than accept as the next logical thing Cassie would do in her story arc.

One moment I’d like to take note of was her brief Witness-induced vision of the Red Forest, the Witness’ cabin, and the Red Refinery labeled Titan. She has a feeling the Witness is hiding out there and leaves with Ramse at the end of the episode to find him, but those places are not all necessarily in existence in 2044, are they? I mean to say in the physical sense? It’s unclear. 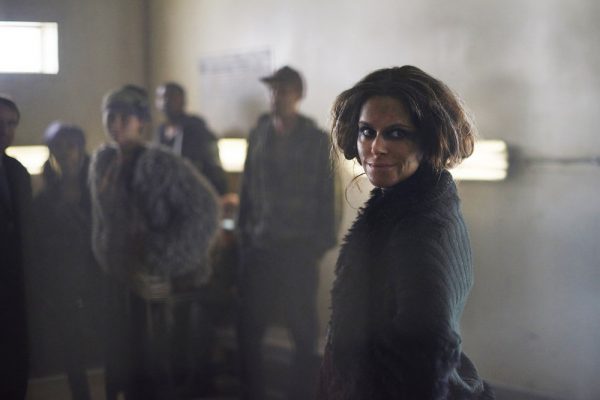 Cole and Cassie wouldn’t have figured this one out without Jennifer’s crazy-talk. Did anyone not know that was her the first time Cassie passed the scavenger cell? I mean, come on. I was so glad to see her back on the job though. Her interplay with Cassie and teasing her about suddenly being an expert in time travel was awesome. Emily Hampshire’s physically presence on set is always a joy to watch because no one else is going to do anything like what she does. It’s great.

I have to wonder about all these interactions she’s had with Jones this season. The little time-quake makes me think Hannah was just zapped into existence all of the sudden, like Dr. Eckland. BUT, since Jennifer is Primary, I bet she knew Hannah would be coming. Jennifer had to deal with Jones, knowing something that would rock her world, but kept quiet about it until the time was right. That adds an odd, nurturing element between the crazy, time-witch and the practical, tortured genius doctor I hadn’t foreseen. 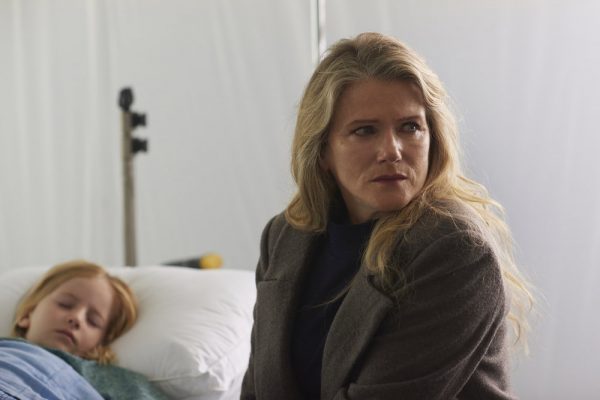 Remember a couple reviews ago when I mentioned that those physically painful little time-quakes that the time travelers endure only happen when they let someone live that should have died? It happened again when Cassie saved Hannah the first time. Both she and Cole feel it, but I believe since it was only one life, post-plague onset, the impact her single life made on the timeline moving forward was small, so it wasn’t as crippling as the quake we saw Ramse, Cole, and Cassie endure in S2E1 when they saved thousands. As a fan of shows that follow their own “rules”, I love catching when the writers do this kind of stuff. It makes the show more satisfying to me.

Technicalities aside, this whole episode (and much of this season really) has been about Jones and her journey. Jones began her mission, ostensibly, to return the 7 billion victims of the plague back to life, but I think we can agree now that since she thought her daughter would be among that number, Hannah was the true motivation. Jones was never overtly specific about any mission or anything that would benefit Hannah; she just kept working and hoping Hannah would come back to her with the rest of humanity. Along the way, she’s found other reasons to open up and people to care more about than she probably ever had, like nursing Cassie back to health and the companionship of Dr. Eckland. Academically, she’s getting more comfortable with Time and its relationship to people, although she’s taking that part very slow. Finding Hannah may be a game-changer, though.

I think Jones will continue on with the mission to save the world even though Hannah has already been saved, but this could make for an interesting twist in this character’s motivation. Why wouldn’t Jones want to try and make up for lost time with Hannah? After all, someone has to teach her how to apply mascara because NO ONE in the Daughters’ camp has any concept of what it’s supposed to look like. Now, Jones is in the same spot Ramse has been in: you’ve got your kid in the here and now. Why would you fight to mess all that up? Jones is a very disciplined person, but would I be surprised if her attention and purpose drifts somewhat in the coming episodes? No.

Speaking of Ramse, what is with this guy and betrayal? At the beginning of the episode we see Ramse alone in the Red Forest, doing the Bruce (David) Banner routine until he comes across what looks like a city (New York?). Then, after the emotional high-point of the mother and daughter reunion and the emotional blah-point of Cassie letting Cole down easy, look who shows up with a gun. Good old, Mr. Why-do-we-still-trust-this-guy-anyway. I’ve been going along with the idea that he wouldn’t actively help destroy the plague because he was just living for the moments he could get with Sam in 2044. Sam got zapped last week and now Ramse, the guy preaching to Cole about being “all leap, no look,” has taken a stroll through the Red Forest and come back in a vengeful, suicidal, if-I-can’t-be-happy-no-one-can kind of mood. Cassie shot Ramse last season with the intention of killing him, but it seemed like he’d let that go, at least up to this episode. He knows Cole is sweet on Cassie, but that loyalty which he’d unwaveringly shown Cole up to this point, went out the window as he spelled out the intended targets for his last two bullets. When Cassie comes up missing at some point, Cole is going to set out to find her and I hope ditches Ramse. With extreme prejudice.

I can’t wait see where Ramse and Cassie wind up, but the real thrill will be how Jones deals with being a mother and how it impacts her mission. Can’t wait to see what happens next week!

Extra points – Jennifer actually attacks the meta-elephant in the storytelling-room head-on and quotes Groundhog Day, but Cole doesn’t get it.