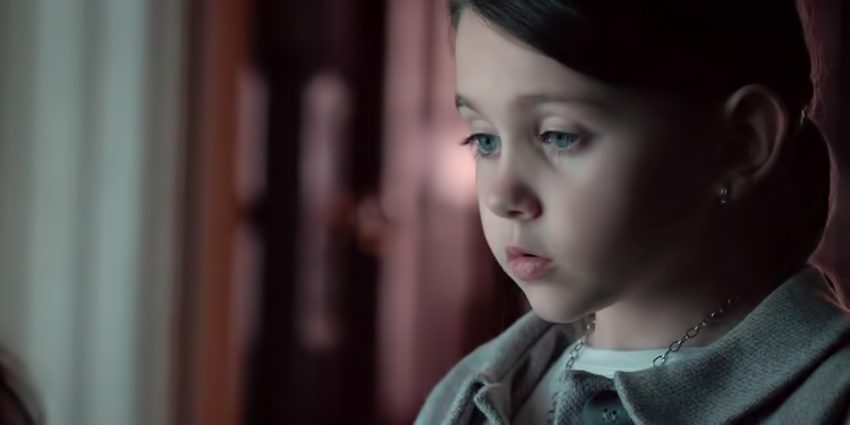 Keep some faith, 12 Monkeys fans. Storytelling on TV works this way on purpose. We’ve seen ten episodes of a thirteen episode season and things are supposed to be this dark for our heroes. They have to be in just about the worst situation possible to make their triumph that much sweeter. That being said, with a couple more episodes to go this season, things -might- actually have to get worse before we see some relief. Sorry. That’s just how these things go.

This week’s keyword is: Betrayal. There’s a lot of it in this episode.

Deacon revealed a lot to us in this episode in the short time we had with him. We know picking a fight with Deacon is a bad idea, especially if you go by clownishly silly nicknames, like, “The Foreman.” We also know he developed an attachment to Cassie between the first and second season. Until this episode, Cassie has been both protective of Deacon and aloof of his affection toward her simultaneously. This episode, Deacon came to her and told her how he felt, but Cassie shut him down with the heartlessly revealing rebuke, “It was just one night.” Like a stake through the heart!

I wonder though if she excised his heart for the same reason she did with Cole. I think it’s a desire to keep free from attachments and entanglements that’s driving her to push away the people that care for her. Or, maybe she’s just not that into him. Is this a betrayal? It’s not like they were married or anything, but the last scene we see of Deacon shows he took the rejection pretty hard.

Interesting pattern though. She projects a cold, “I’m so alone,” personality until she thinks she’s about to die. In Deacon’s case, apparently there was some trouble on a run that lead her into his arms. For Cole, we saw a couple episodes ago when Cassie, Jones, and he were about to be put to death, she sought solace when she slid her hand into his. She’s toughened her exterior to meet the threat of the dangerous world around her, but she’s not quite as hard-boiled as she thinks she is. Cole and Deacon might be better off sending Cassie back to 2016 to think about what she’s done for a while. 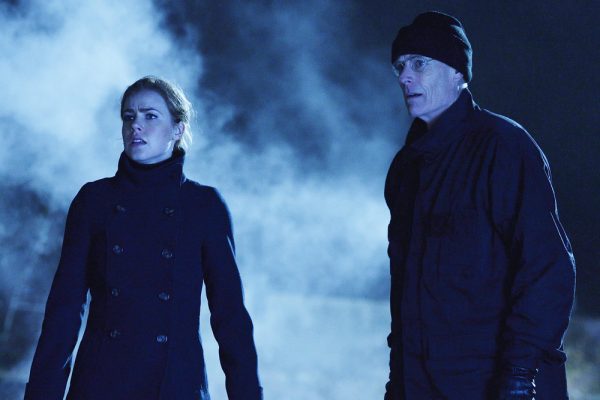 Kirschner, Cassie, Ramse, and Berlin (and Cole too, once he gets there)

Slow clap for Ramse and Cassie, anyone? Tracking down and killing the Witness is definitely the most important time travel mission in the big picture. However, choosing to pursue the Witness at this point rather than chasing down the last Primary is like treating a patient’s cancer before addressing their bullet wound: they are going to die from one of those things much sooner than the other. The Red Forest is like the Nothing from The Neverending Story and it’s just a few days away from turning the facility into nothing. Having a time machine usually means you get to pick your battles except when the time machine itself is in danger. So, prevent the paradox, prevent a catastrophe at the facility. Prioritize, people!

But, no. Dr. Adler, the older scientist guy that Jones basically tells to shut-up any time he speaks, colludes with duplicitously-minded Ramse and Cassie to send the team to 1961, the year provided by the Keeper (see last week’s episode) to find Titan and kill The Witness. Giving Cassie and Ramse a D- on completing those goals would be generous, since all they managed to do was tear off a piece of the Witness’ big map of time/history with Titan’s coordinates on it. Yes, they found Titan’s location (probably), but it cost too much for Cole to reconcile.

This is where Cole breaks. Cassie and Ramse lied about being on board with the plan to go after the Primary. They sent the team to the wrong year. They drugged him and take off to Berlin. (As I understood the time machine, you also moved through space as well… Remember when Cole splintered to North Korea? Why couldn’t Adler just have sent them to Berlin?)  This bonehead mission wasted time back in 2044 AND got All-American good-guy, FBI Agent Gale, killed in the process. Cole has several good reasons to be mad and distrustful of his friends.

Ramse should have been on probation with Cole trust-wise anyway. Cassie now finds herself in the position she put Cole at the beginning of the season, though. He shouldn’t trust her after this (Which is hard for someone you want to be your time-travel girlfriend. It’s like a Canadian girlfriend, but from a much different time-zone.). Be – to the – trayal. As Cole said, “There is no ‘we’. Not anymore.”

As a viewer, this episode’s story allowed me to learn some very juicy stuff. Could it have waited? Probably, but I -love- getting answers and getting them now. What stuff did we find out? 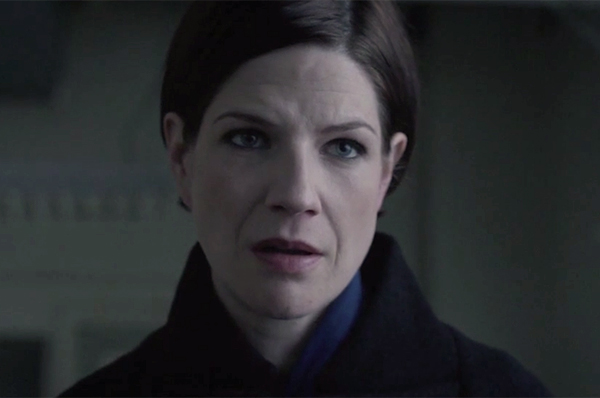 Now we know how Olivia survived her injuries from Bodies of Water: she’s part Wolverine. Well, maybe not Wolverine since he heals right before your eyes, but still faster and more robust healing than a normal person. She’s also strong, immune to, well everything if that works as advertised, and she also ages slower than she should. Dr. Kirschner should be very proud.

In the beginning of the episode, Olivia told a minor-Monkey wheelchair-pusher that they were visiting a site of betrayal. Later, the Messenger Momma busts in and accuses Dr. Kirschner of betraying the Witness in that very spot, but that’s not the betrayal she means. Olivia thinks this whole deal is BS and is angry she’s been conditioned to devote her entire life to the Witness. She had felt betrayed by the Witness and now she felt betrayed by her mother, who put her in that position.

Olivia spills her guts out before a statue memorializing her mother in the rain. Rain can symbolize a couple things which all work in this scene and the betrayal theme. Primarily, rain symbolizes sadness, despair and rejection. Olivia’s monologue conveys all of those feelings. Remember, Olivia ran the Army of the 12 Monkeys as top-banana and felt protected in that role. She got complacent though and then bad things happened, leading to her temporary crippling and her big brother taking over the top spot.

Did you recognize that whole, “You have a special purpose,” bit from when Olivia was brainwashing Jennifer last season? Turns out that’s just an old, family tradition because she learned it from dear, old Messenger Momma who apparently groomed her from very early on to expect to lead the Army of the 12 Monkeys. But that’s over now. She took the necklace her mother gave her, a keepsake from her mother and a symbol of her devotion to The Witness, and left it in the rain, on her mother’s grave marker.

Rain can also symbolize rebirth. By the monologue’s end, I sensed she’d become a new player in the game, rather than just opted out. The Witness wants to end time. Jones and the gang want to keep that from happening. What will Olivia do now? what does she want? She’s anti-Witness at this point, but does that mean she’s pro-Jones? This isn’t the end of Olivia’s part of the story, but what will she do next and when/where will she turn up next? From the Witness’ perspective, Olivia may fall into the, “too dangerous to be allowed to live,” category. If anyone had a “knows where the bodies are buried,” level of Witness secrets, it’s Olivia.

What do we have to look forward to next week? The time travel facility is in a very bad spot and there’s almost no time to make a difference. Maybe there’s a break-neck mission for Cole to confront this monstrous new Primary we’ve been hearing about in 1957 New York. Maybe they evacuate the whole place and make a run for it. Maybe they send everybody back in time. We’ll find out next week.

Extra Points: Do you remember seeing Kirschner’s big Witness authored time-map earlier this season in Olivia’s office? The existence of this time-map is an interesting wrinkle because, unless we see it change somehow, paper is a static medium. This implies that history is set and our cast of heroes must play their parts in a pre-ordained sequence of events. A more lax way the map may be used is that it’s incomplete, with only the big tent-pole events filled in, but with most of the detail missing. We haven’t gotten to see very much of it, so the level of correctness and detail is unknown. I doubt this is the last we’ve seen it.

Also, are we supposed to add a facility for languages among Olivia’s superpowers? She spoke German in Berlin and not only dropped it in exchange for English at her mom’s house, but spoke without accent too!