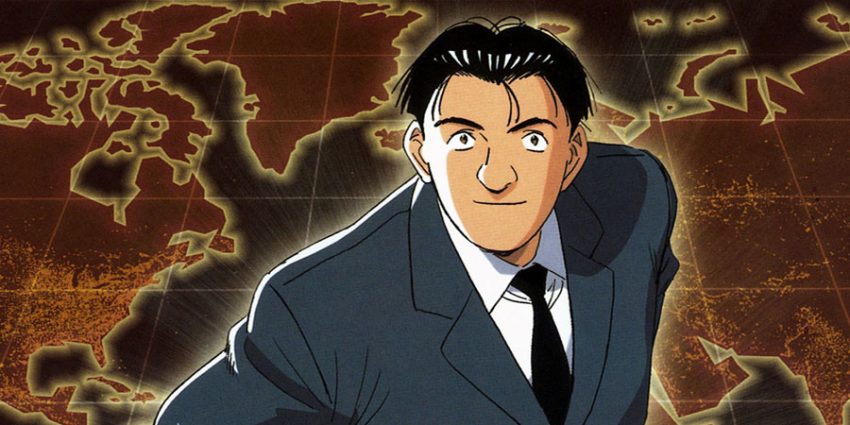 Mysteries are everywhere. You can tell because there’s never any shortage of literary detectives available to solve them. Taichi Hiraga-Keaton is one such inquisitive snooper, a Japanese-Englishman late of the British Special Air Service. Keaton now works as a private investigator who frequently takes jobs for insurance companies, tracking down fraudsters and absentee beneficiaries alike in this seventh collection of unconnected short stories. 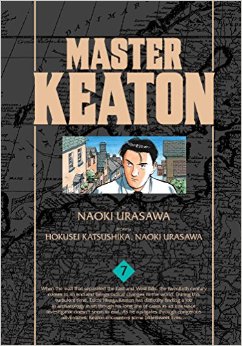 I came blind to the world of Master Keaton; I had never heard of the character before, so naturally I hadn’t read any of the previous volumes of this manga when volume seven fell into my lap. As such I can’t speak to the quality of the series before this volume, but this book left me flat. I don’t have a problem with there being no overarching narrative here, although I do think anime and manga are at their best when there’s a serialized tale to be told. My problem is that Master Keaton takes the model of the easily contained, single chapter stories and gets it wrong, primarily because the only recurring character in many of these stories is Keaton himself. Compare that to manga like Monkey Punch’s Lupin III, or Mine Yoshizaki’s Sergeant Frog, which followed the same format, but did so with a small cast of characters that regularly appeared in each adventure. This allows such manga to retain a feeling of continuity, as the characters continue to play off of each other and develop as a result. With only a single character running around, that can’t happen, and so no matter how good a specific story is, it’s ultimately pointless. The narrative isolation of the main character and the disconnection of the individual stories from each other eliminates the possibility of any kind of emotional investment, or the sense that the events of this story will have any kind of lasting consequences. Case in point: In the very first story in this volume, Keaton is flying home with a recently apprehended insurance fraudster when the plane they are on develops engine failure and almost crashes. This story represents twenty-six pages of an over 300-page book; do you think things might work out? What’re they going to do, kill Keaton off and fill the rest of the book with sketches and translated interviews?

There are stories where Keaton’s life isn’t in imminent peril as well, but even these are disappointing. Random characters are introduced, backstory is provided, the mystery is established and Keaton promptly knocks it down every time with another “I was one step ahead of you the whole time!” ending, all in the space of thirty pages or less. The other characters all disappear, never to be seen again, and the process repeats itself. There’s just no reason to care what’s going on in these stories, and so the book becomes a boring way to kill an hour or two, or possibly a handy solution for steadying a table. I expect more from my manga than this.

Once again, let me be clear: I have no experience with Master Keaton other than this individual volume, so it’s quite possible that I’ve just had some bad luck of the draw here. But the fact remains that one only gets one chance to make a first impression, and this was a very disappointing first impression. If you want short-form manga, look elsewhere, anywhere other than here.

Master Keaton: Vol 7 is scheduled for release on June 21st, and can be preordered from Amazon.