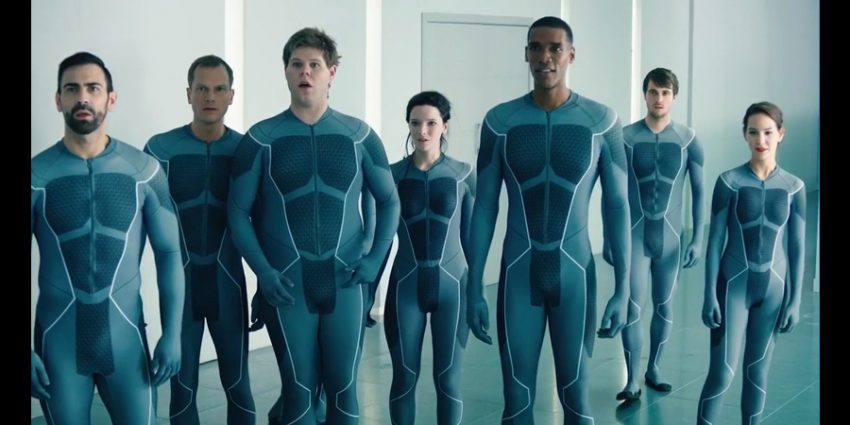 Ever since the dawn of video games, gamers have been in love with the idea of games becoming more and more immersive and realistic. The initial popularity of virtual reality in the past year is only the latest outlet of a dream as old as gaming itself.

This dream, like so many others, has been the inspiration for a number of movies over the last 30-plus years. From Tron and The Last Starfighter in the 80s to Stay Alive and Gamebox 1.0 more recently, Hollywood has toyed with the idea of what happens when the game becomes real. As is so typical of Hollywood, the basic answer is, “it doesn’t end well.”

The Call Out, released today via on-demand, is the latest such entry into this small sci-fi subgenre. A group of gamers are recruited to participate in a tournament (the titular Call Out) after getting spotted playing a generic, untitled online game that sort of looks like Counterstrike as rendered on a Game Boy Advance. Not wanting to waste one more second than is necessary with this tedious backstory, the players are recruited during the film’s opening credits. By the time the credits have ended, the last player is arriving at the event.

The event itself turns out to be a cooperative affair: the players are put into a generic military scenario and told they have to fight their way through 25 skyscraper floors of bad guys to win, wearing full-immersion VR suits that – spoilers – kill the player for real if they die in the game. And then it’s off to the races.

And when I say “off to the races”, I mean “time to put the story on cruise-control.” Our players are the standard set of gamer or movie character stereotypes: you’ve got the fat guy who lives with this grandmother and actually believes his “skill” in a video game counts for anything in real life, the sociopath, and the Foreign One. The two women in the group cover both kinds female movie character archetype: The Tough-but-Caring One and the Victim, who spends most of the movie crying and screaming variations on the “Make it stop!” theme. And then you have the Hero, the one guy in the entire group who actually has some military training, and is pretty squared-away besides. You get three guesses which one of the group dies first, and the first two don’t count.

At the start of their little adventure in Iron Man ROTC, and at certain points along the way, the players receive instruction from The Sergeant, played by Christopher Obi, who sounds like Barack Obama imitating a Baptist minister with a mouthful of cotton. Even after the sinister nature of the competition is revealed, and we learn the Sergeant is no friend of our heroes, it’s still hard to take him seriously with a voice like that.

The story itself is as tedious as the games it uses for inspiration. The game is so repetitive that the movie skips entire floors to move the story along. When the players aren’t in active combat, they’re trying to escape from the game, until it becomes clear that – spoilers again – they can’t. The movie climaxes in the standard “race against a ticking timer” ending, and we get a bland little teaser about what was really going on, but of course any details like that will have to wait for the sequel. That kind of story works sometimes (Eli Roth’s Hostel – the first one – comes to mind), but it doesn’t here. I don’t really care why these people were invited to play this game, and since I never really got to know any of them, I don’t care that they’re dead. All that leaves me with is a shadowy, enigmatic “them” killing a theoretically relatable “us”, and that plot device is too well-traveled to mean much to me on its own anymore.

I haven’t seen a really good “video games become real” movie in a long time. 1984’s The Last Starfighter was the last one that meant anything to me. Judging by the kind of movies we get on this theme lately, and by this latest entry, I’m going to be waiting for a while longer yet.

The Call Up is not rated, but contains intense violence and adult language.