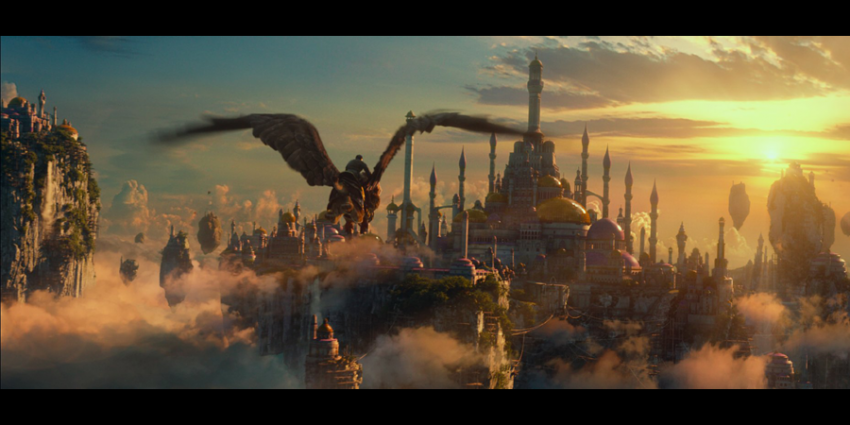 Movie Review – Warcraft – The wait is over

The wait is finally over: after years of rumors and months of hype, Director Duncan Jones’ Warcraft has been released, and despite what you have heard from other sources, the movie doesn’t suck.

Based on the lore behind the video game series from Blizzard Entertainment, Warcraft is set during the earliest days of the Orcs’ invasion of Azeroth, fleeing their dying homelands (known only as “Orc-world”) via the sorcery of the shaman Gul’dan. Once in Azeroth, the Orcs begin pillaging the surrounding area and taking as many captives as they can to further fuel Gul’dan’s magic, in order to bring the remainder of the Horde through Gul’dan’s portal and so fully subjugate Azeroth. But one Orc, Anduin, sees the awful price that Gul’dan’s sorcery exacts, and so begins working to overthrow Gul’dan and make peace with the humans of Azeroth, lest this world become as dead and blighted as the one they left behind.

The movie is extremely faithful the story of the Warcraft Universe, at least to what I know of it; I stopped playing the games after “Warcraft II”. But I still recognized several key characters, and no doubt more faithful or knowledgeable Warcraft fans will spot many more. The world of the film is beautifully rendered, as only Legendary Pictures could do it. Everything in the film, the armor the humans wear, the spells, the Orcs, and especially Gul’dan himself, look exactly as I’d expected them to, as though they stepped directly out of the cutscenes of the games I used to play. The overall look of the film makes me wish for a resurgence in fantasy cinema, in all its various permutations, just so we have a chance of seeing more movies that look as epic as this one.

The story itself was tighter and better paced than I expected. After seeing early reviews from those lucky enough to live in Europe (where the film got released first, because Europeans are lucky swine) I went in expecting a movie that tried too hard to both cater to the fans with easter eggs and inside statements, and draw in the uninitiated with lots of clunky exposition. This is not the case; yes, the movie does have to explain some things, and in a few places I think it went too far. Gul’dan explicitly declaring “the fuel for my magic is life” during the prologue, for example, felt unnecessary. But for the most part the movie walks the line between explaining what needs to be explained, and allowing the rest to be revealed as the story plays out. Scenes never felt artificially padded: the scene starts, tells or shows us what we need to know to advance the story, maybe throws in a little world-building information, and then we’re on to the next thing.

Fans of the later games looking for a glimpse of the other races of the Warcraft universe will be disappointed; because this film is set at the start of the war for Azeroth, the other races of the world (elves and dwarves, for example) only make minor appearances. At the same time, though, this was a smart move since the first movie in a series (and Warcraft is clearly meant to be the first film in a franchise) to keep the story as simple as possible, so as to establish the world for future installments. Adding additional races at this point would have made for a complicated story.

Put simply, Duncan Jones has created as rich and beautiful a film as we could have expected to come out of the Warcraft universe. To those of you who have been waiting for a movie to establish video game movies as a legitimate film genre, I say the wait is over. If you like Warcraft, if you like video games, if you like fantasy, if you like spectacle, see this movie. Once again I’ve got to say it: yes, this is no Oscar-nominee in waiting, but it’s still a much better movie than we’ve been led to believe.