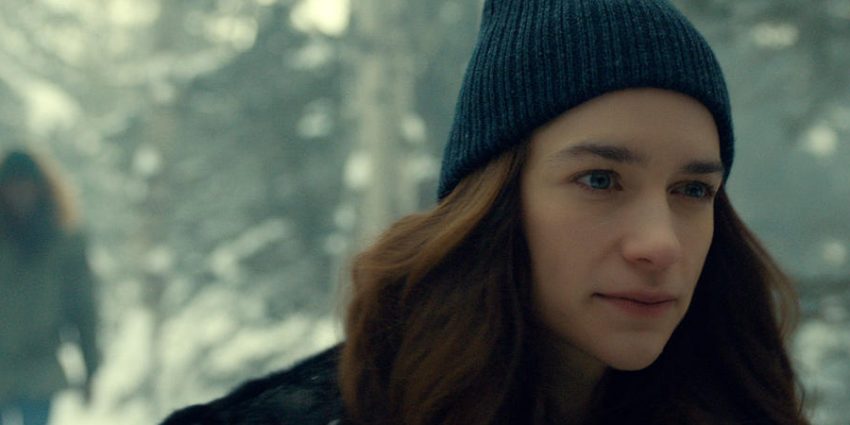 Wow guys, can you believe we are ten episodes into this season of Wynonna Earp, and what a wonderful journey it has been for this first season fandom. We have been introduced to some unforgettable characters, both good and bad. We’ve seen storylines develop and be resolved, like the hunt for the seven. “She Wouldn’t Be Gone” opened some new doors in the town of Purgatory. One of those doors in particular definitely challenges all things Earp.

Okay a little ahead of myself here, let me back up a bit. How about I tell you a new juicy tidbit about our favorite revenant, Bobo Del Rey. Apparently the big bad wolf is afraid of a bigger badder wolf who goes by the name of Lou.

Now this Lou fellow (played by Gord Rand) is suppose to be this serious bad ass and according to Whiskey Jim (who is still being held by Dolls) he is Bobo’s archenemy. Apparently a long time ago, like a hundred years back, the two were thick as thieves, but I guess a falling out happened and when Lou left he took something very dangerous with him… something that really put the fear into Bobo (which turns out to be a skin-walker).

Jim tells them he can be found in the Pine Barrens. 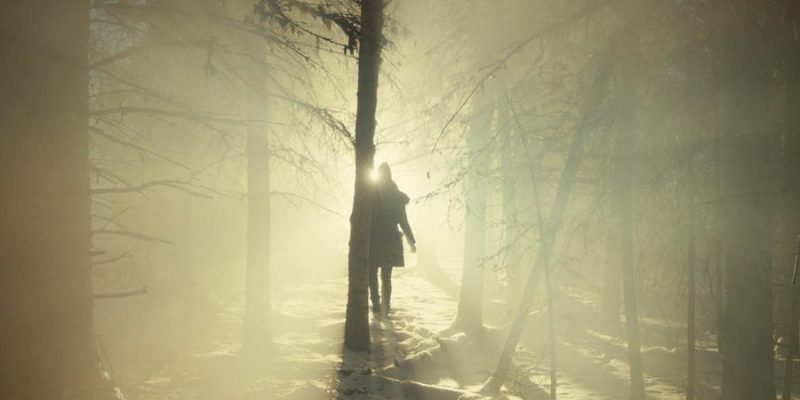 While walking through the Barrens, Wynonna and Dolls experience different realities. While she sees a warm bright light, he is being harassed by a murder of crows screeching through the tree tops. Very interesting idea how they experience such contrasting scenes. Dolls has a fear of the woods, so it makes sense that his reality would induce something fearful. Dolls ends up a prisoner of Lou at his commune. Wynonna on the other hand passes out in the light she sees and wakes up surrounded by a cult of women. They tell her she has been reborn and she meets Lou.

Not much happens there except a girl living with Lou named Eve makes a connection with Wynonna.

Though I love this show, and have enjoyed watching every single minute, I must say this episode went a bit fast and didn’t take the time needed to explore the whole Lou storyline. We have no idea of who he was other than someone who scared Bobo, and he was now this cult, commune leader who collected women that no one really would miss. When they became a hassle or he had no more use for them, he would mark them, discard them and send the skin walker to kill them. I wish that we had learned more of his story, and even had an interaction or two with him and Bobo.

The writers make it up to us in a very big way at the end of the episode… wait for it. I will share soon. 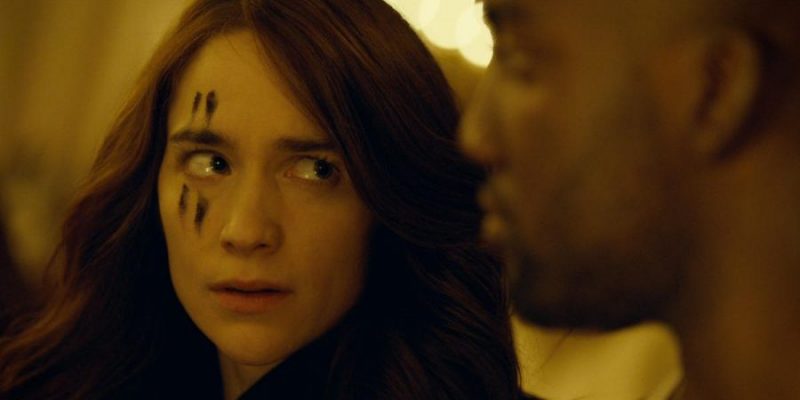 I want to talk about #TeamDolls for a moment.

So Dolls claims he doesn’t do relationships, but does his heart know this? He clearly has feelings for Wynonna way beyond a professional stand point. First of all there is his reaction to finding out she has slept with Doc (from Bobo of all folks). It was like a punch to the gut and he couldn’t hide his emotions so well. I felt bad for the guy, and y’all know I am #TeamDoc all the way.

Then there is the speech he gives her later after they interrogate Whiskey Jim. He notices her demeanor as she is working Jim and confronts her about it as they make their plans to find Lou. She makes a comment about how the revenants are cockroaches to her. In turn Dolls immediately snaps back saying ‘Don’t do that… I saw your eyes back there. They were cold and callous. Don’t get all hard and forget your human. That you are you.’ I like that he is looking out for her. Helping her center herself so hopefully she doesn’t lose herself to all the evil they are fighting. I think Dolls is finally showing he is not this programmed government drone, and I like it a lot.

The question still remains, what exactly is Xavier Dolls? We still have no idea what he is injecting himself with, and why his eyes go all reptile when he does it. I would love to hear your thoughts on this matter. If you want to share, please leave me a comment below. 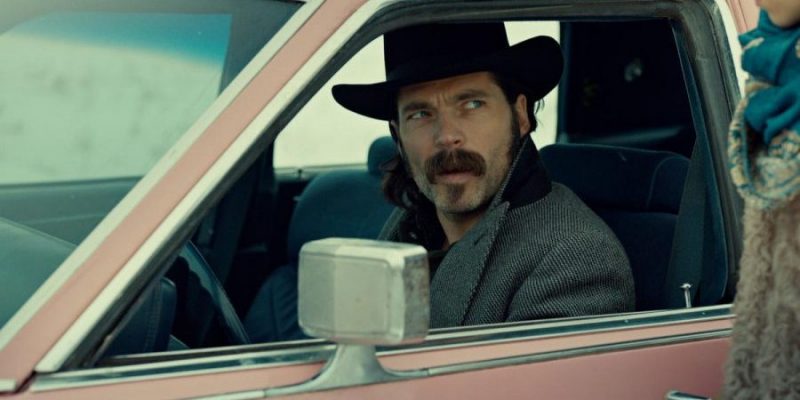 On the back burner this episode we had Doc, Waverly and Nicole. Not much went on with them. Doc was given the Stone witch’s pink car. He wanted to trash it; Waverly suggested he learn to drive. Later while Waves is trying to figure out stuff about Lou and the women missing and dead, Officer Haught gets a dispatch call about a pink Sudan driving crazy down the road. She and Waves go after him and learn he is trying to leave Purgatory. He says he wants to visit his mom’s grave in Valdosta. Waves is hurt that he was leaving without saying goodbye. She tries to persuade him to stay, but he doesn’t seem to be open to the idea. He is a bit on the stubborn side as we all know.

By the way, I love scenes with Doc and Waverly… we need more of them. 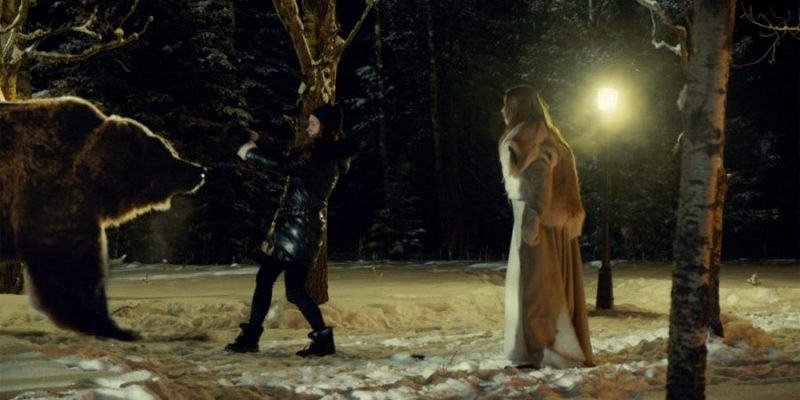 Back to the main story of this episode. Lou has decided that everyone in the commune is dispensable and all hell breaks loose! Lou attempts to flee from Wynonna. He summons the skin walker who appears as a giant bear. This bear is suppose to be there to stop Wynonna, but it really doesn’t seem to want to.

Meanwhile Eve sees Lou for who he truly is: a demon, a revenant. Wynonna tells her to get her gun and shoot him. To everyone’s surprise Peacemaker lights up as if it is in the hand of Wynonna. Eve fires the gun and Lou goes down in a ball of fire. Any guesses who she really is?

Wynonna brings her back to the homestead. Gus takes one look at her and instantly knows… She is Willa! Told ya the writers make it up to us, didn’t I? I can not wait for episode 11 to air!!