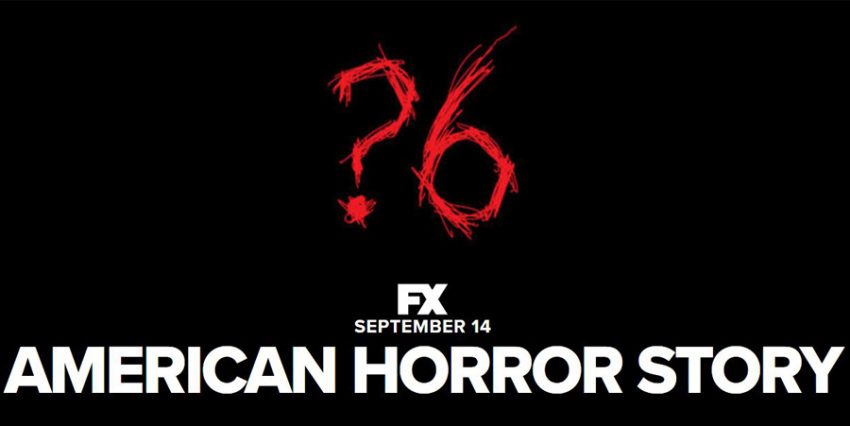 We have all been waiting and wondering what American Horror Story season 6 has in store for us. There have been may rumors and theories, as to what it will be about this year. We still don’t know. If we were to take anything from the little teasers that FX is throwing our way, we may be in trouble! They are creeptastic, in the worst way!

Ryan Murphy has been holding the secrets to this season, very close to the vest. The rumors abounded earlier on this year, that Slenderman, would be the theme. Then there was talk about some of evil children. Yet again, there was talk of a summer camp. Well, I don’t know what it is, but if you take any indications from the teasers, it will be bloody, scarier then Hell and pure evil!

The teasers include a series of dark little film strips. They incorporate the new season’s number 6 logo that is combined with a question mark. According to Deadline, creator Ryan Murphy, stated, “The interesting thing about the next season is that we’ve been working on two ideas at once, which we’ve never done.” He also confirmed that stars Kathy Bates, Denis O’Hare, Angela Bassett, Sarah Paulson, Finn Wittrock, Wes Bentley, and Matt Bomer would be returning. Lady Gaga confirmed her involvement in the new season in March.

As a result, these are the feelings that I get from the teasers. Children of the Corn, People Under the Stairs, Texas Chainsaw Massacre, and The Omen. Something with the Devil is clearly here. Children are another clue. The Midwest is a likely setting, as there is a farmhouse and corn.