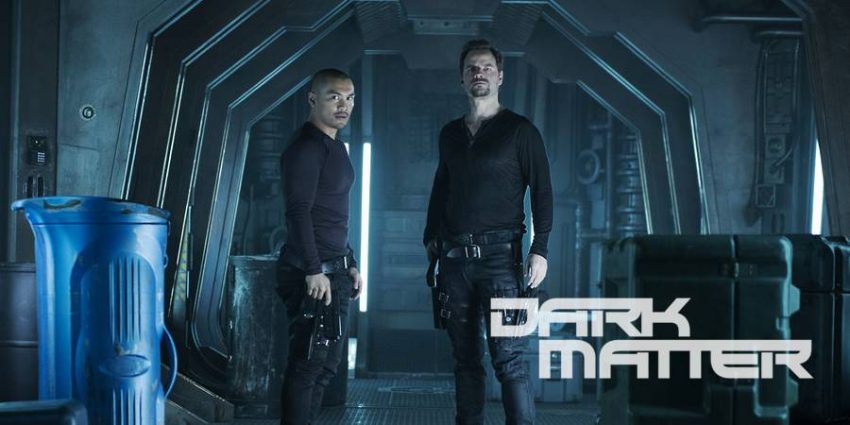 An intense pain in their heads overcomes TWO, THREE, and FOUR, leaving them in some kind of coma.  When they wake, they aren’t themselves, or at least not the “selves” we’ve come to know.  FIVE is the only one unaffected and she’s unprepared for these new versions of her friends.  Somehow, the others have regained their wiped memories, but in the process have lost all memory of their post-stasis lives.  TWO definitely doesn’t know FIVE, nor does she want to be called by her numerical moniker.

The culprit, it seems, is some kind of computer glitch that affects the neural link FIVE has used to access the crew’s old memories. The malfunction causes a problem for the crew and that problem includes a disabled Android (again?!).  What’s unclear for now is how the crew themselves were affected in a similar way and what, or who, is behind the mayhem.

When you’re done watching, be sure to check out our review of last Friday’s episode here: Dark Matter 202 Review: There’s A New Kid In Town

The sneak peek has FIVE again in the spotlight, though this time instead of taking charge she’s taking cover.  Sneaking through the halls of the Raza, she nearly succeeds in escaping into her beloved air ducts, but is just a bit too slow.  Grabbed by the ankles and unceremoniously dragged from her Habitrail Haven, FIVE has a gun drawn on her by a (former?) friend.