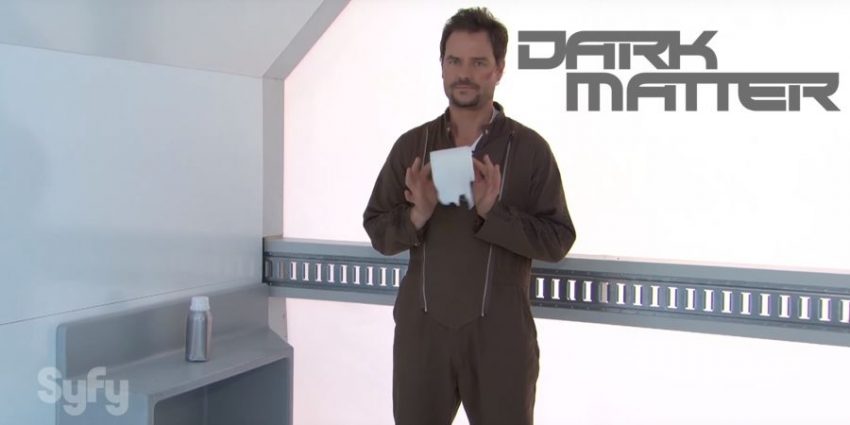 It’s always a treat watching the amazing VFX that give the world of Dark Matter that extra spark of realism.  But with effects being so plentiful and so authentic-looking these days, it’s easy to take them for granted.  We begin to believe we’re aboard a working starship, or space station, or other futuristic location simply because the effects and attention to detail are just so damned good. 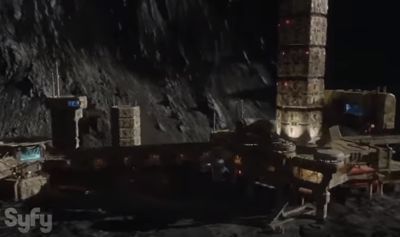 Probably the best example of effects we often don’t notice, but that do the most to enhance the experience, are the minor details.  All the intricate set dressings, lighting, and monitors displaying their constant streams of graphics play a much larger role than the average viewer may realize.

What’s the best way to highlight how important these little details are to the big picture?   Why, with a backstage tour of the sets when they’re not primed and camera-ready.  You never really miss something until it’s gone and you’ll see what you’re missing in this video.

You’re probably asking yourself, “Easier said than done.  How the heck am I going to get a backstage pass to the sets of Dark Matter, you doofus?”  Well, this doofus can help, and it won’t cost you a thing.

Syfy has posted a video that takes us inside and behind the sets used for the space prison Hyperion-8.  Hosted by Anthony Lemke (THREE), it’s an eye-opening tour of a huge and expensive set.  Seeing genpop, the infirmary, hallways, and more during their “down time” really shows how much extra work goes into giving them that final polish that brings them to life.  It’s good to have an appreciation for all that work and for the people who do that work.  This video is a great step in that direction.