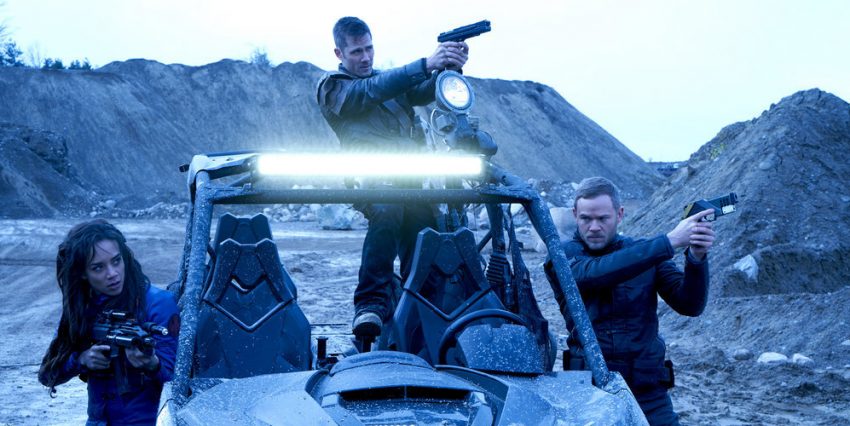 I love the way the mysteries are unfolding on Killjoys – I feel like Alice being taken through the rabbit hole, and with this week’s episode, Shaft, that feeling has increased! Every little bit and tiny piece that’s put out is all leading to something – but what!

Our Killjoys take their first assignment in Turin’s quest for the truth – to figure out what happened to another group of Killjoys sent on mission gone bad – at the hands of Khlyen. Why did Khlyen cancel an evac request? What did the group find – that Khlyen didn’t want brought out?

It turns out that they’ve found mossipedes, as D’Avin dubs them – they look like plants on the top, but something completely different when you turn them over. They’ll eat the flesh off a person’s bones, have a hive mind, continue to live as separate pieces when they’re cut apart, and most disturbing, if none of that freaks you out, when you step on them they squish green goo. Just like the green goo used to make Level 6s. The green goo that D’Avin’s body rejected – and the mossipedes don’t seem to like him either. 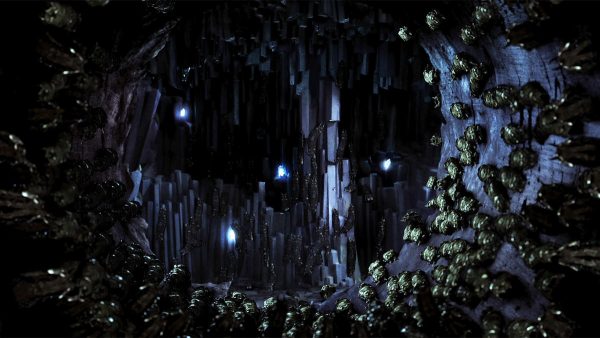 Now this is a personal issue – the mossipedes were a little too Muppets in Space for me. Don’t get me wrong – I really like the Muppets, and I really like well-done aliens, but I couldn’t get through the first episode of Farscape. (People tell me it’s a great show, and I’d get over the muppet aspect, but nobody got that kinda time to sit through that.) 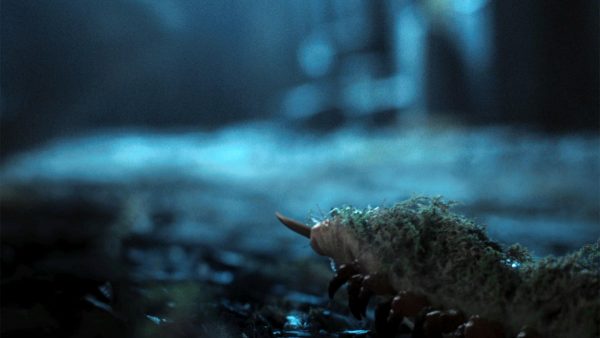 Anyway, that’s just the start of the mysteries. The scary toothy critters apparently can project hallucinations, causing you to see things that just aren’t there. But they look so real! Tania, one of the lost Killjoys, sees her husband Paolo, who seems to be warning her away, and Dutch sees her scary Yalla reflection – the one she saw in the mirror in the previous episode, the killer that Khlyen created. And she sees Khlyen himself – although it’s hard to tell if he’s a mossipede hallucination or one that she’s created that has nothing to do with the  critters. She’s starting to see things in herself that she had pushed down so far she thought they’d never rise up. But Halluci-Khlyen tells her that she’s already a Level 6, and “cuts” her to show her that she bleeds green, just like Fancy had. “Everything I’ve done has been to protect you,” he says. “You really don’t remember, do you? It’s already been done. How could I convince you to kill all those people if you were a normal child with normal feelings?” She’s been repressing so much and it’s starting to leak back into her consciousness! 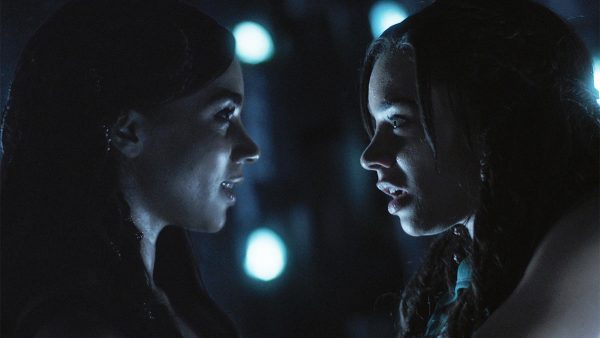 Another mystery – why is the dead monk in the mine in the first place? Why are there Scarback markings all over the mine? It’s a good thing they have Alvis with them to decode (and ew, a strip of the dead monk’s skin to leave a message? Can’t just write on your clothing?).  Alvis says that the symbol we saw on the floor at Red 17, and now see on the floor of the mine, is an old Scarback symbol, from a legend that says “12 went to Arkyn to fight the devil…” which is also scarred onto his back. And on the strip of Scarback skin, it says “and one came back.” D’Avin had “remembered” a scene like that during the attempted Level 6 conversion, of maybe 11 Scarbacks being killed fighting that devil? Who could that have been? D’Avin’s not too happy to have Alvis along with them, even though he used to be a miner – little bit of green jealousy? 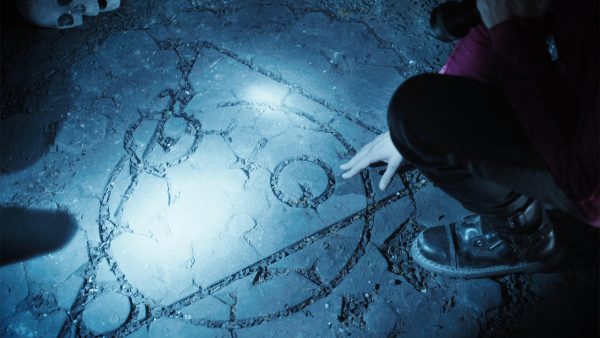 That’s not the only mystery surrounding Alvis – what’s the history between him and Dutch? At the beginning of the episode, when Dutch sees him in D’Avin’s shirt, she says, “That’s the first time I’ve seen you out of your robes! Well, not the first time…” And at the end of the hour, when she leans in to kiss him, I got the feeling that this was not something new, like it had been with D’Avin, but something renewed. Or trying to be renewed (bad timing, Lucy!). I could get behind Dutch and Alvis – they could help each other in so many ways. 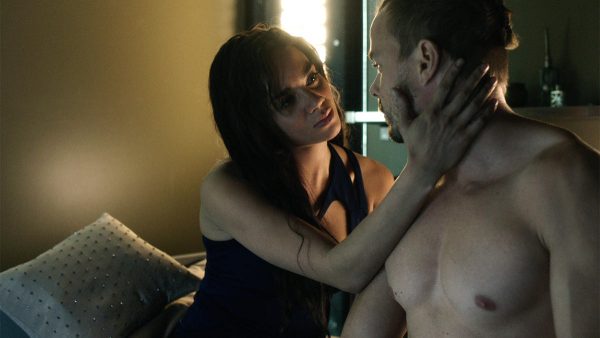 The episodes seem to be getting a little quip heavy. While some of them are fun, like when Alvis comments that they have some fun toys, and Dutch responds, “Comes with the sexy jackets and early death,”  some just pull you right out of the scene. “Johnny, do an analysis,” Dutch barks. “Of what?” John responds, mystified. “I don’t know, that’s just something we say to make it right.” Necessary? No. Mossipedes looking like “angry vaginas”? Hells no. But… D’Avin answering Dutch about what he sees – “big bag o’nope.” And then coming across the mine shaft – “except for the hell nope.” Liked that one!

Pawter’s getting herself involved in another mystery. Just what is Jelco guarding there at Springhill? Why does he have plans that show walls around cities all over Westerly, not just Old Town? And what’s so scary outside of Springhill that even her father tells her she’s safer there? At least she’s a very smart girl and finds not only a way to get the bracelet off her ankle, the one that will make “the pretty princess go boom,” but to use it to turn the tables on the slimy Jelco and implant it around his heart! 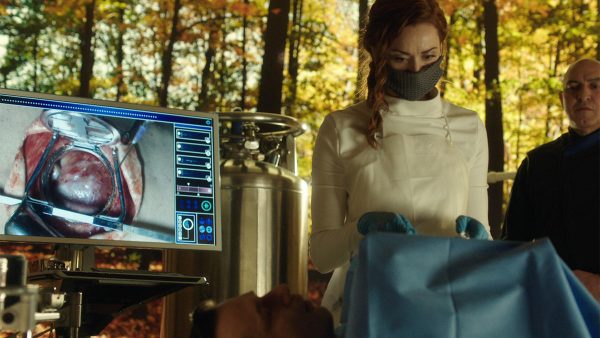 But as she leaves, expecting Johnny and Lucy to be there for her, someone – who? – knocks her to the ground. Is it for her own good, keeping her safe like her father wishes, or for something more sinister? (I vote for sinister.) 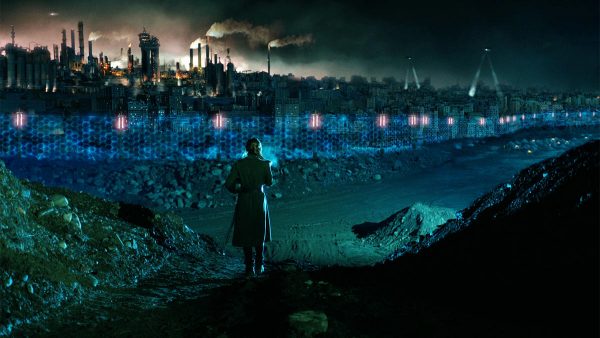