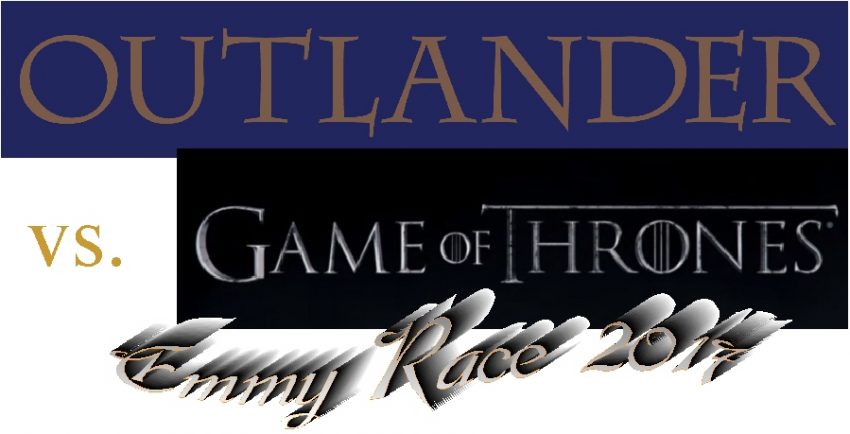 I think it’s no exaggeration to say that we were all mad as heck that the only Emmy nominations Outlander received this year were for costume design and production design, as completely well-deserved as those were. Overlook Caitriona and Sam, Bear, Tobias, and the large number of supporting actors? Ignore the fact that Outlander was a critic choice, a fan favorite and a highly successful show? Shameful. Even George RR Martin, author of the Game of Thrones books, and close friend of Diana Gabaldon, whose own series adaptation is a perennial nominee, felt that Outlander was “robbed” this year.

A change in the Game of Thrones 2017 premiere date, though, may work in Outlander‘s favor for next year’s Emmy awards, giving us a better chance to be nominated. Because of the current story’s plot, Game of Thrones‘ producers announced today that the show’s 7th season would premiere later than usual, making it ineligible for the 2017 award season.

According to Deadline Hollywood, GoT will debut in the summer of 2017, instead of April, when it normally debuts. Emmy rules, however, require that a show at least start between June 1 and May 31 of the next year to be eligible. TVLine.com reported, “Now that winter has arrived on Game of Thrones, executive producers David Benioff and D.B. Weiss felt that the storylines of the next season would be better served by starting production a little later than usual, when the weather is changing,” said HBO’s president of production, Casey Bloys, in a statement. “Instead of the show’s traditional spring debut, we’re moving the debut to summer to accommodate the shooting schedule.”

If Outlander sticks to a hoped-for (but in no way confirmed or even speculated by Starz) April 2017 debut for Season 3, it would be eligible for the 2017 Emmy season. GoT garnered 23 Emmy nominations this year, in categories including Best Drama and Supporting Actor and Actress, among others. Let’s hope this gives Starz an incentive to get the show’s 3rd season scheduled in time to be eligible!