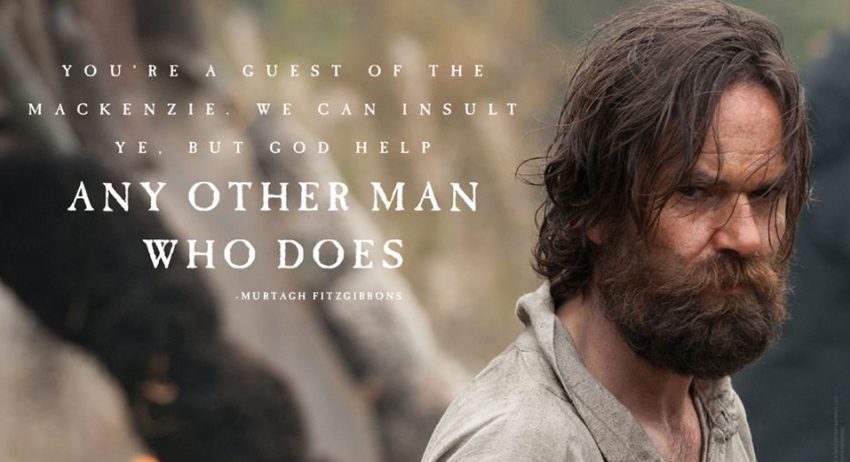 Murtagh became a thoroughly beloved character in the past two seasons, due to the fantastic portrayal by Duncan LaCroix and the amazing expanded role he was given. When Matt Roberts did a Q&A recently, I asked him what his favorite change from the books had been, and even he said that it was increasing Murtagh’s presence in the story! So with that in mind, here are the rest of the poems entered in the Murtagh’s Eyebrows category, including one from me.

To Ransom a Man’s Brows

Enthralled, kept waiting,
For the hooks and loops to fail
As speaking makes them dance
Across his brow, swirling, squiring
Thoughts and feelings around the
Broad expanse of his countenance.
Surely, only Velcro keeps them
From sliding off his face.

Vengeance so bloody
Laid at your feet by one with
Verra braw eyebrows. 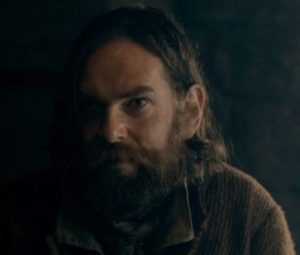 Dreams of a time so very long ago
When men were rough and days so full of fight,
How would I have been then I do not know
To look and pretend I don’t have the sight.
I only hope that Murtagh’s by my side,
His broadsword so swift with justice dispensed
On foul enemies with nowhere to hide,
His strength and his force do leave me impressed.
Quiet by nature not one to express
His love or his passion with words or touch,
His soldier’s protection along our quest,
As the evening comes and dark brings a hush,
He raises his brows and looks down at me
Questioning how our night will truly be

He was called a Highlander, a humble and quiet man
Fierce in his convictions, loyalty and love
He moved with caution, within a well-laid plan
True to his word even when vengeance was to be had

Righteous in thought as well as in deed
As only a Highlander living day to day
Walking in stillness without any need
Protecting what he loves to the very end.

Traveling eyebrows
Say more than simple words can
Tell tales all their own.

An Ode to Murtagh’s Brows 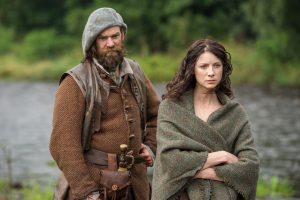 In wild abandon they do roam
above his orbs intense, they rise and fall,
a rich brown wooly solo arch
or in tandem scrunched above his regal nose.

They have a language all their own
a presence on his handsome face,
with ne’er a sound, they move around
speaking volumes with such eloquence and grace.

Though every man does have a pair,
few employ them with such manly savoir-faire,
inspiring lengthy odes and fan girl swoons,
with each expression his dear caterpillars show,
history will stand in awe I vow
of our dear faithful Murtagh’s lovely brows. 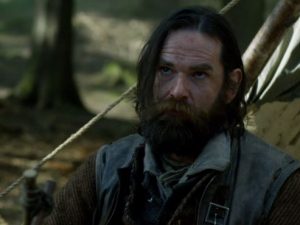 We’re Rupert and Angus how silly are we?
We’re true hearted Highlanders
Our Kilts keep us free!
We joke, we laugh, we keep things in stride
And shared in the happiness
of Jamie’s new bride.
We’ll fight for our country
All joking aside
In Murtagh’s eyebrows
we’ll have places to hide
We’ll climb any mountain from here til the end
Knowing we did it with a dear treasured friend!

“Your godfather’s shaving skills sucked.
His eyebrows have never been plucked!
Expressive and hairy,
First sad and then scary!
‘S no wonder his love life is f*cked.”

I think that I shall never see
Brows as lovely as the ones on thee
With your loyal heart and steadfast gaze
You couldn’t hide your Highland ways
Though your sword dance leaves
Much to be desired
It’s Jamie Fraser for whom you are wired
We hope you really haven’t expired
Whoever wrote that should be fired
Could you possibly still be found
And join the others Voyager bound?