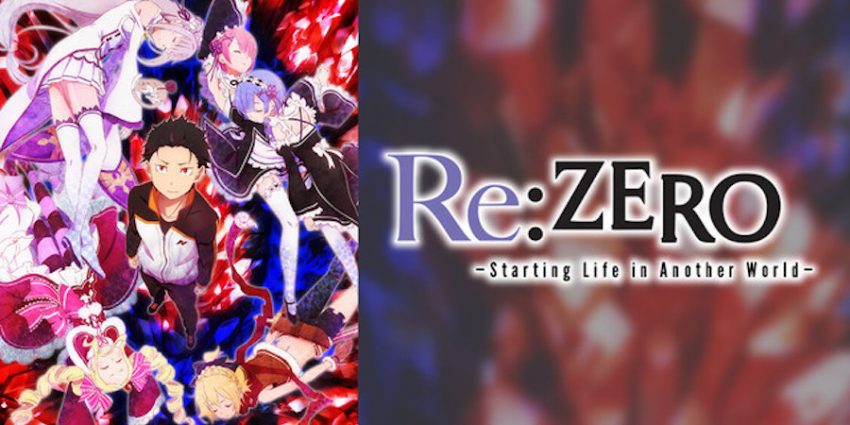 Our Picks For Best Anime Of Summer 2016

There is just too much anime to watch every single new series that comes out. Not all of them are great, but that is also subjective. Every genre is different and has a different fan base. For my part mecha, supernatural and sci-fi style anime are my favorites. I have started to branch out to other genres so that I can broaden my tastes. So what are my top picks for the current summer season? Check out my best anime of Summer 2016 for must watch shows. Some of which are carrying over from Spring.

Continuing from the Spring, Twin Star Exorcists has really ramped up the story and action moving into episode 20. The series was given a 50+ episode order, so its not likely to end anytime soon. Beautiful animation and action sequences. Characters you root for and not just the main characters. Emotional moments you feel and comedy that isn’t misplaced in the scene. Go watch!

Grotesque monsters known as Impurities reside in Magano, a realm parallel to the present day. Exorcists purify these evil apparitions to protect the people. Rokuro Enmado is opposed to becoming an exorcist, even though he has the talent to be one, but an oracle gives him the title of “Twin Star Exorcist,” the name bestowed upon married exorcists. Benio Adashino, the girl who receives the title along with Rokuro, is determined to exorcise all the Kegare, or Impurities, in the world. The two find themselves wrapped up in more and more battles together as the Twin Star Exorcists.

Tales of Zestiria the X

The series has only aired a hand full of episodes but its another epic fantasy series from ufotable. You know, the studio behind series like Fate/Stay and Fate/Zero. So first you get incredibly beautiful animation and soundtracks. The series is based on the video game of the same name, Tales Of Zestiria. FUNimation secured the exact same english voice cast as the game for the english dubbing. It is also part of Funimations DubbleTalk block so while the series is simulcasting from Japan we are getting english episodes just 4 weeks behind the airing of each new episode. Pretty amazing!

Sorey is a human youth who grew up among the seraphim, spiritual beings not visible to humans. Sorey believes in the folklore that says “long ago, every human was able to see the seraphim” and dreams of unraveling the ancient mystery to make the world a place where people and seraphim can live together in peace. One day, Sorey visits the human capital for the very first time. He becomes embroiled in an incident during which he pulls out a holy sword embedded in a rock and ends up becoming a Shepherd, one who casts away calamity from the world. He begins to realize the gravity of his mission, and his dream of coexistence between mankind and the seraphim becomes more intense— And thus, the Shepherd embarks on an amazing journey with his companions.

Food Wars continues as Soma and the others compete in the Autumn Elections. Continuing to top our list after making it in the 2015 best anime line up for season 1. Not sure what it is about this show and cooking food that gets me so interested. I can’t stop watching and love reading the real life recipes in the manga. The new season is a shorter order than the previous cour, just 12 episodes. Although that seems low, the series is catching up to the english release of the manga. The shorter order is to give the anime time to slow down and get back on pace with the manga. I highly expect more episodes once more chapters are published.

This series continues from the Spring and holy hell does it get dark. This is the first time this series has made our list. It took a bit for it to get going but in the summer half of the series, it has rocketed off. I don’t think I’ve watch a series this psychologically dark since Evangelion. Subaru tries over and over to save his friends only to be met with death. And not just any death. Cruel, excruciating, emotionally damaging death. Over and over and over. We all want REM to be the one he gets with. The question is, can he ever catch a break? We highly stress you watch this series. Its not what you would expect at first. Re:Zero comes in as my number one pick for best anime during the summer season season.

Subaru Natsuki is surprisingly summoned to another world. With no sign of who summoned him he soon befriends a silver-haired half-elf girl. When he and the girl are mysteriously killed, Subaru awakens and discovers that he has the ability “Return by Death” enabling him to reverse time by dying, though only he remembers the events of the previous timeline.

This list certainly doesn’t cover every new and continuing anime in the Summer 2016 season. This is my choice for best anime of the summer. Since I am always looking for new anime to watch I want you to sound off. Do you agree with my choices? What additional series would you add to this list of best anime? Sound off in the comments.