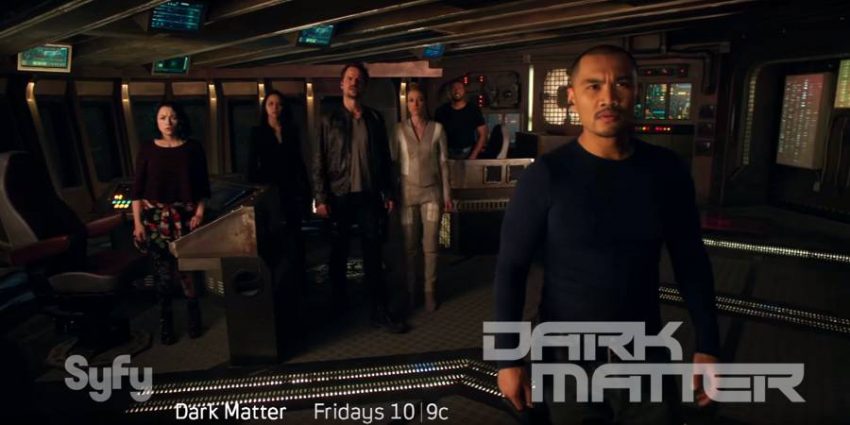 The promo and sneak peek for Dark Matter 208 Stuff to Steal, People to Kill are pretty cool.  We get glimpses of the aftermath of the Blink Drive test that are familiar, yet strange.  This is the alternate universe episode I’ve been waiting for since season one.  Two’s last line, “We’ve got to go after the other Raza” sounds like they might be fighting themselves.  For this one I bet they went light on the goatees.  I mean, Spock owned it.  Leonard Nimoy owned it.

First up, the promo that played at the end of episode 207.  It was on your screen, but you might have missed it while your brain was fried by the ending.  No problem, because it’s here to watch and re-watch.  And re-re-watch.  You get the drill.

The sneak peek takes us right to the point where the Raza blinks to its destination.  There are sparks, both inside the Raza and out.  Android detects “micro breaches throughout the ship”, Six reports “Weapons and shields are down”, Two reports “Nav systems are offline, and Five reports “Engines are damaged; both FTL and sub-light”  There’s a shitload of reporting and none of it is very good news.

Everything comes back online, but they didn’t move very far. There’s even more trouble, but I’ll let you watch for yourselves.  This is not an excellent adventure.  Well, not for the crew, but it’s going to be a blast for we viewers!