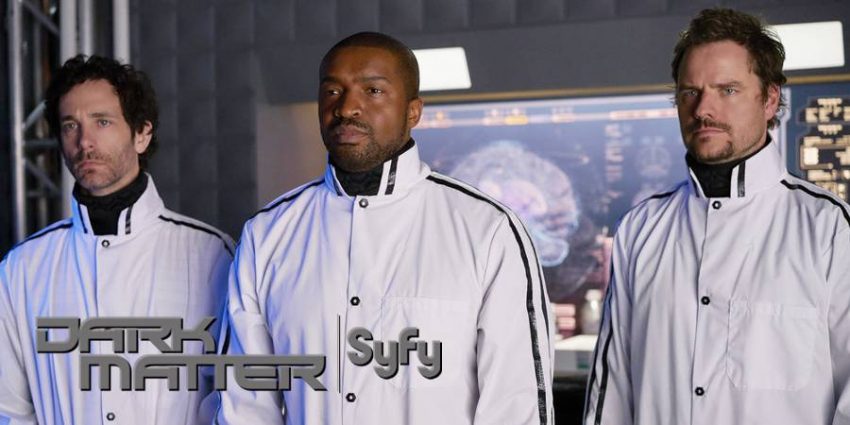 The promo below for Dark Matter 209 Going Out Fighting, which played during the credits of episode 208, confirms the source of Two’s problems.  Her nanites are failing and the fix can only be found at the headquarters of Dwarf Star Technologies.  It looks like she recruits the help of someone on the inside; someone she showed mercy to.

This someone looks an awful lot like the guy who wanted to dissect Two back in episode 12.  If you remember that scene, it ended with a view from outside the door where said dissection was to occur.  When Two walked through the door, there was a bloody mess inside.  Considering that guy was just about to cut open her skull, it seems unlikely she’d have spared him.  And yet here he is.  Or I’m terribly mistaken.  Probably the latter.

Two’s nanites are failing, leading to a dangerous rescue mission that brings the Raza face to face with a former foe.

The sneak peek looks like it probably picks up very early in the episode.  Five discovers Two unconscious on the floor of her quarters.  Waking up in the infirmary some time later, Android informs her about the state of her nanites.  Apparently, their failure means her failure.  As in death.  That’s the worst kind of failure.