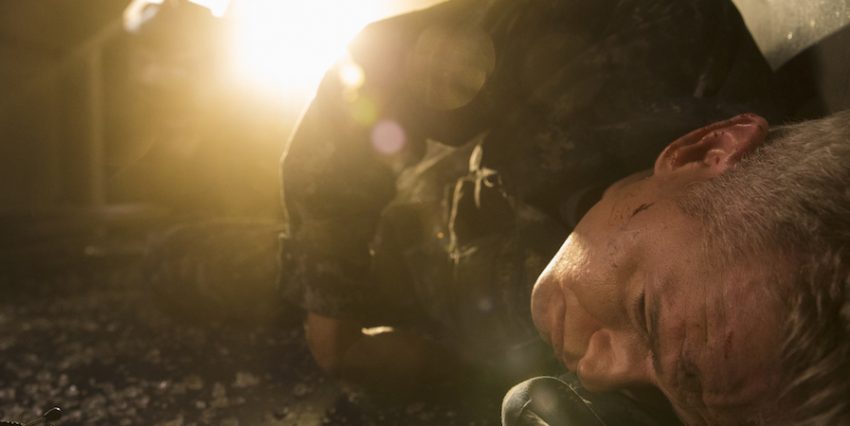 “Paradise” is an episode with an identity crisis. Pre-season details had it listed as “Eutopia,” not to be confused with utopia, and I’m not sure why its name underwent a midseason transformation. Despite the questions, it is hands down phenomenal. Like so much of this third season of TNT’s ‘The Last Ship,’ “Paradise” lives up to the show’s high standards in quality, execution and story line.

Directed by Paul Holahan, “Paradise” fuels the story arcs forward as the season nears its end. With only four more episodes to go, the writers have a lot of details to piece together and mysteries to reveal. I’m continually impressed by the show’s ability to throw seemingly innocuous information out and then later reveal that those details were the lynchpin in a larger master plan. I’ve been watching since season one and the genesis of this series from a straightforward, dramatic show to this interwoven tapestry of action and subterfuge has been thrilling. Thank goodness we’ve a fourth season in the near future (about nine months, depending on future air dates). 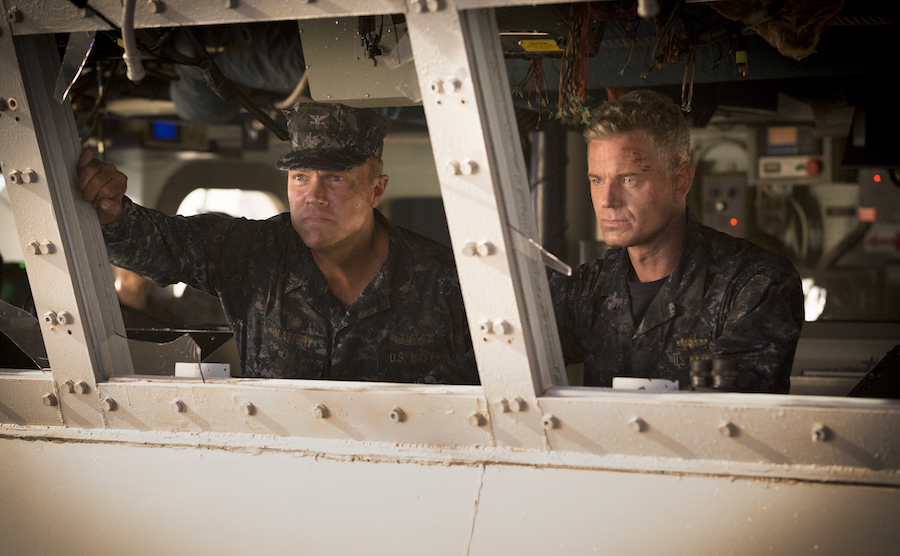 Are they wondering how they’re going to replace those windows? “Paradise” / Ep 309 TNT Ph: Doug Hyun

Just like that silly kids game, I want to bop the character on the head that keeps putting the crew of the Nathan James in harms way. Unfortunately, the identity of the White House mole has yet to be revealed and I’m not certain we’ll know who it is until the final moments of the season finale. Co-executive producer Steven Kane has hinted that someone is benefiting from the duplicity, but viewers don’t have enough detail yet to know for sure.

What I can say is that Elisabeth Rohm (Allison Shaw) and Nestor Serrano (Alex Rivera) played their parts beautifully. Many fans have questioned the motivations of Shaw and Rivera from day one. If they had delivered their lines without such suspicious undertones, viewers might never have wondered if something was up. It also wouldn’t have played well to have these characters suddenly turn on the current President if they weren’t sneaky from day one. No, both masterfully delivered their lines while coming across as both disingenuous and creepy.

I was pleasantly surprised when Allison reveals she ordered the hit on Rivera. Frankly, her hot and cold nature makes so much more sense now that I understand she was trying to cover up her true motivations. I completely bought that Rivera was a snake and I just didn’t see Shaw as the aggressor. Kudos to the writers for giving us such a beautifully crafted character. It’s unusual in television to have a lovely, sharp, female antagonist and I’m delighted that they broke form the norm this season.

Again, however, I’m stuck on the question of, “Who is the mole?” Obviously Allison is a Federalist and she and her territorial leaders are out to secure a decentralized form of government. The difficulty here is in forming a strong military presence. Without a central body to levy taxes and raise the manpower necessary, I doubt Allison’s version of America could adequately defend against a foreign power. I’m eager to see how the writers present her views in the following episodes, but she doesn’t strike me as the person willing to work with Peng.

That leaves Rivera who, in collusion with Senator Beatty, must have been feeding information to Peng. It certainly is suspicious that Alex leaves the room every time Kara gets new coordinates or details about where Chandler is headed. He also never passes on to the team Chandler’s suspicion that communication lines have been compromised. Yet with his last breath he warns Kara that she’s not safe and in doing so protects her from the fallout. I’m so confused; I have no idea who’s responsible, what Rivera was up to, or who the mole really is.

The best scene of the episode is watching Kara piece together the uncoded coordinates with the attacks on the crew of the Nathan James. As she presses the pins into the map, viewers watch flashbacks of each event. It’s a mind bending moment where a big piece of the season three puzzle comes into focus. This scene highlights how well ‘The Last Ship’ excels at building a mystery without giving too much away. No one knew how the information was leaked until the exact moment Kara and the viewers uncover it together.

Speaking of the best of things, Marissa Neitling steals the show in “Paradise.” More than most, she plays Kara like a mirror to the audience’s emotions. She’s shocked at plot twists, mournful during the sad times, confused as we are, and scared as she flees her job. There’s an emotional depth here that we didn’t get in previous seasons because Kara was on the James and in her element. Now our highly capable character is off the ship and out of uniform. Marissa takes full advantage of this vulnerability to show us a different side of Kara. It’s been a beautiful development but I’m looking forward to seeing Neitling’s interpretation of a pissed off momma bear in the near future.

If the circumstances surrounding the crew’s visit to Paraiso weren’t so serious, finding a strange little colony of clothing manufacturers would be comical. When the island ‘guide’ Kanoa (Alain Uy) appears in tennis sportswear and leads them around on a golf cart, I shook my head wondering what time warp the writers pushed us into. References to James Dean, WWII propaganda and an ancient ice cream truck made me chuckle.

There were other elements to this visit that I didn’t love. Namely, the little girl with the dog who magically reveals where the secret weapons facility is. Why did they need the girl to help the story along? Chandler has access to a helicopter and this is an island. A large facility would stick out like a sore thumb from the air. There’s also the issue of Chandler’s dialogue about the “16 inch gun” that appears completely irrelevant. If it’s a detail we see come into play later, then spending two minutes discussing it will make sense. Otherwise, why is this detail relevant? 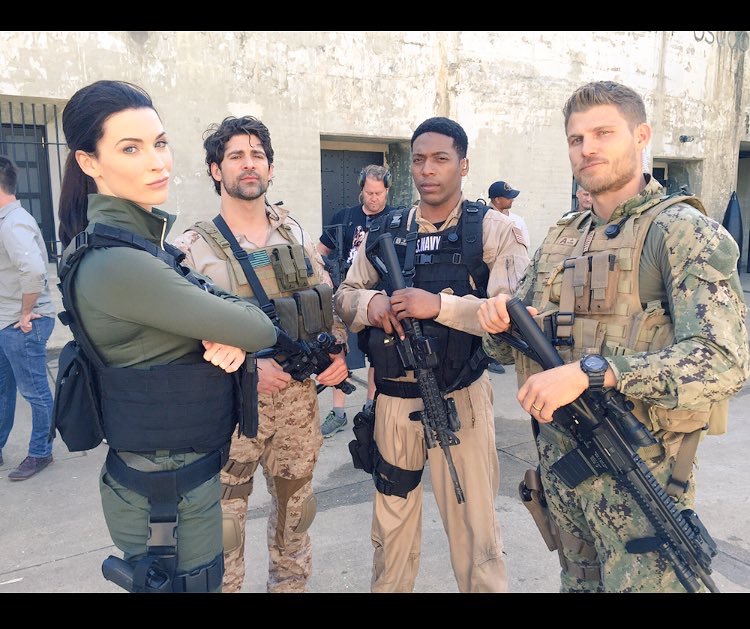 On the set for Paraiso Island. ‘Paradise’ / TNT Ep309. Photo by Triini Selgis

The biggest unresolved question I have is, “Why didn’t Peng blow Paraiso up?” We saw him destroy Shanzhai to keep his secrets safe so why not this island? If Peng’s goal is to kill Chandler, and he knew the James was headed over to investigate, why not bomb the island and be done with it?  I don’t want to see Chandler killed off, but I’m still trying to determine why Peng didn’t attack with more force.

The writers have also been silent on the issue of season two characters who mysteriously vanished in season three. We glean in this episode that some of these sailors may have been reassigned to other vessels in the fleet. Case in point, we witness the reunion between O’Connor (Paul James) and Miller (Kevin Michael Martin), who find each other alive on the deck of the James. Thankfully, we were spared any major losses in “Paradise.” 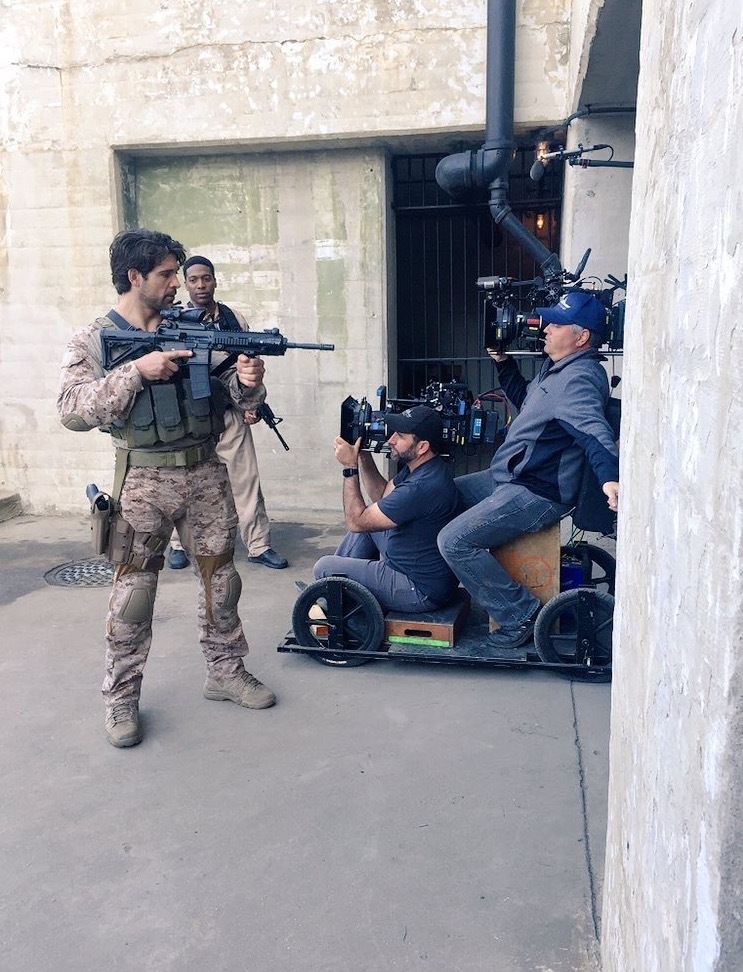 Back to the Future

Kara’s first scene starts with Alex asking for troop readiness reports. She’s prepared a document outlining all available military assets and what is left of the US military leadership. The question is why? I think we’re headed for a revolution that’d make the founding fathers proud. The secondary drama this season has focused on government structure and the struggle for power. Between Allison’s revelations to President Oliver, and the attempts to kill Chandler, I’m pretty sure an epic clash of ideologies is just around the corner.

If the struggle comes down to what kind of government takes over the new United States, I’m afraid the crew of the Nathan James may be torn apart. Crew might struggle internally between their personal beliefs and their naval allegiances. Then there’s the populace at large who can’t be too happy that they have a second unelected President in office, and their local national guard is in the hands of opportunists not elected representatives. The nation is devolving by the second and Chandler, their last bastion of hope is half a world away.