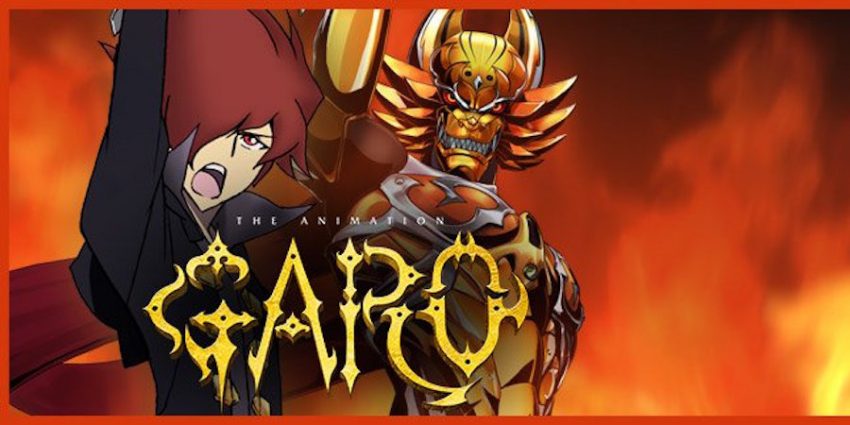 After Mendoza’s apparent defeat at the hands of Prince Alfonso, Leon is left humiliated and confused. Abandoned by both his golden armor and his womanizing father, Leon wanders alone looking for purpose and a reason to keep fighting. Meanwhile, Prince Alfonoso struggles to keep up with the daunting dual responsibilities of running a kingdom and keeping Horrors at bay as the chosen Knight of Light.

When the two boys finally meet again, will they be able to see the other’s struggles and set aside the past in order to work together? A new evil is rising and it’s going to take the combined force of the strongest Makai Knights and Alchemists to bring peace back to Valiante.

Garo returns with part 2 of season 1 and things start right where we left off. In need of redemption, Leon spends time on a farm away from the fighting. In fact, Garo, his father and cousin have all but abandoned him. The cliff, I mean cliffhanger they left us at from part 1 revealed he survives his fall. Unlike the first part of the season, the first few episodes of part 2 are a bit slow. Without all the back story to fill in the episodes before major plot points, we get a few filler episodes. However, after that things pick up at quick speed.

The dynamic between Leon and Emma continues to grow to the point of a kiss. To be fair, Leon did come to save her from herself, so that’s the least he should get right? Leon’s redemption was one of the better parts of part 2. Granted we should all enjoy the main characters story right? Well I was rather enjoying the other characters in part 1 nearly as much. However, for the later half, Leon was the star.

Sadly it took the loss those close to him for Leon to mature. With that new-found maturity and purpose he overcame his flames. Emma’s backstory is completed with 2 episodes that delve into her motives and purpose for why she fights. Everything quickly culminate’s into the final battle with Mendoza. It also turns out the knights must go against their superiors in order to protect the world from utter destruction.

We never really get an answer as to the watchtowers motives behind wanting to allow Mendoza to release the ancient horror. I would like to see another season for us to explore the world more. However back in May a sequel film to the series was released in Japan. No date for a release in the US has been announced yet. However, I fully expect Funimation to grab the license for it and to bring the dub to the US some time in early 2017. So there is more to see and I cannot wait for Funimation to bring the new Garo title home video release.

On the subject of dubbing and soundtracks, part 2 doesn’t disappoint. The entire english cast does a great job again with this dub. The series also brings another eclectic soundtrack to the series which is great to listen to. Check out the closing theme song, which is my personal favorite for the series, below. Also grab your copy of season 1 part 2 on Amazon today.